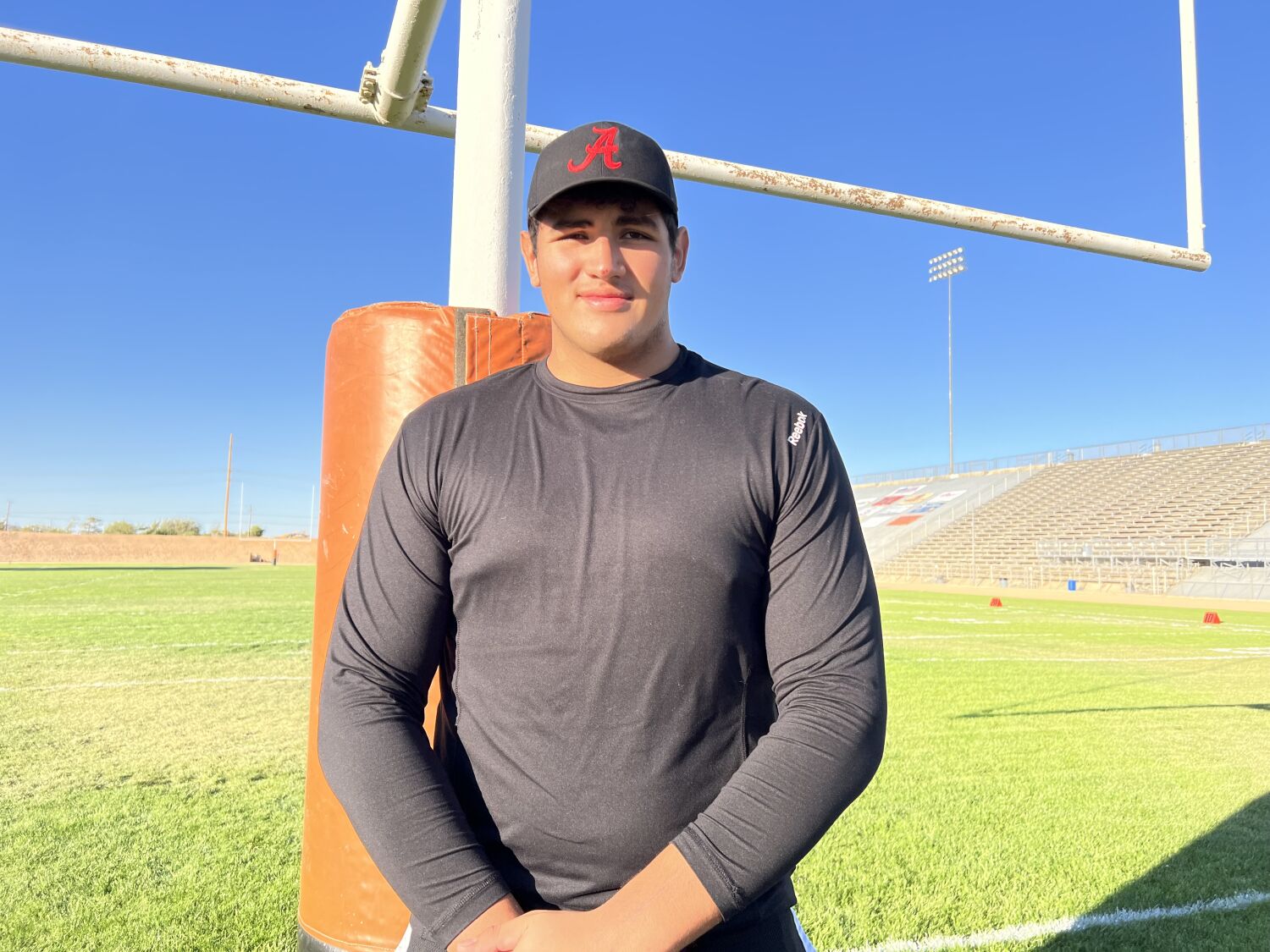 The first thing that strikes you about Apple Valley High’s offensive lineman Raymond Pulido is that he’s a big guy at 6’1″ and 330 pounds. It’s easy to understand that he drinks gallons of milk every week.

Then, on the soccer field, he makes some players look tiny, knocks them down with blocks, and offers no mercy except the occasional hand to help the opponent get up.

Pulido, who signed Arizona, used his size, mobility and strength to be a standout blocker, not allowing sacks while playing left tackle and guard. He was also used at the tight end and as a full-back.

“He set the tone for our offensive line,” said coach Kyle Godfrey.

Pulido was voted Lineman of the Year by the Los Angeles Times.

In the spring he briefly visited Bellflower St. John Bosco and then returned to Apple Valley for his senior year.

Pulido said he lost weight to get faster this season.

“I was working on the finish,” he said of his block technique. “It played a big part in how I played and wanted to emphasize that.”

The sky’s the limit as he gets into college and learns more techniques and hangs out with future NFL players in the weight room.

“Colleges will shape him and he will be a special player,” Godfrey said.

How King Charles will make subtle nod to the Queen in his first Christmas speech, according to royal expert

Chargers vs. Browns matchups, how to watch and prediction