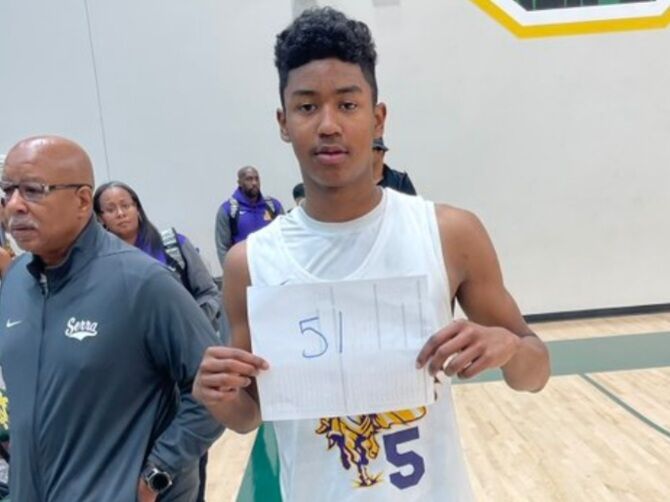 If you’ve never heard of Jason Crowe Jr., you soon will. The freshman guard scored 51 points on Friday to lead Lynwood to a 101-81 win over Lawndale.

His father is the head basketball coach at Lynwood. Crowe Jr. has been coaching under him for years and is already making an impression in his rookie season in varsity basketball.

Crespi 58, Bakersfield 33: The Celts improved to 8-0 and play unbeaten Oxnard in the Simi Valley tournament final at 4pm on Saturday. Stephen Kankole had 14 points.

Mira Costa 70, Brentwood 69: Trey Pearce won it for Mira Costa by making a basket with five seconds left. James Olofson had 23 points and 15 rebounds for Brentwood.

Narbonne 56, windward 50: Marcus Adams Jr. finished with 25 points and 16 rebounds for the Gauchos.