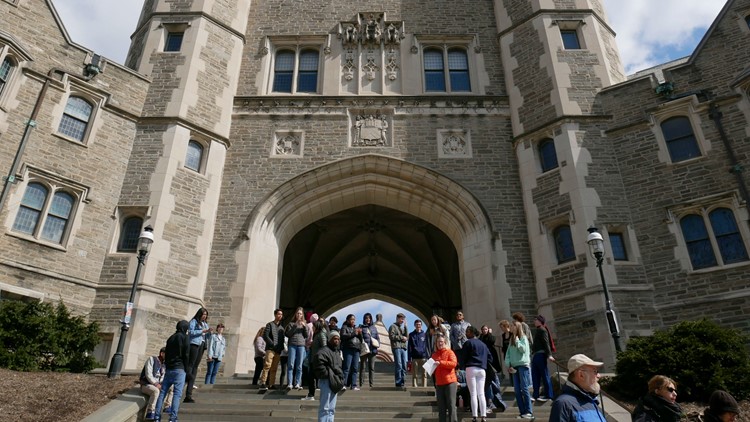 According to the school, more than 25% of Princeton students do not have to pay for tuition, room and board.

WASHINGTON – Beginning next year, Princeton University students will receive a full ride for financial aid if their families earn less than $100,000 a year.

The Ivy League school announced Thursday the expansion of its financial assistance program.

Under current rules, most families earning less than $65,000 a year pay nothing for an undergraduate student’s tuition, room and board. These costs are funded by grants rather than loans and do not have to be repaid.

“One of Princeton’s core values ​​is our commitment to ensuring that talented students from all backgrounds can not only afford a Princeton education, but can thrive on our campus and in the world beyond,” said President Christopher L. Eisgruber in a press release.

Excluding financial support, the cost of participation for 2022-2023 is $79,540, including tuition, room and board, and estimated miscellaneous expenses.

According to the university, the expanded program is expected to provide around 1,500 students — accounting for more than 25% of the student body — with financial aid covering their entire tuition, room and board. The university said the move is intended to help attract talented students from a variety of backgrounds.

However, one hurdle that students still have to face is reaching the high bar just to be admitted to the prestigious school. Last year, there were more than 37,000 applicants and just 1,647 admissions to the Princeton’s Class of 2025, according to the school’s website.

This is because the cost of college has skyrocketed across the country over the past two decades, contributing to the growing level of student debt. According to federal data, about 43 million Americans have federal student debt with an average balance of $37,667.