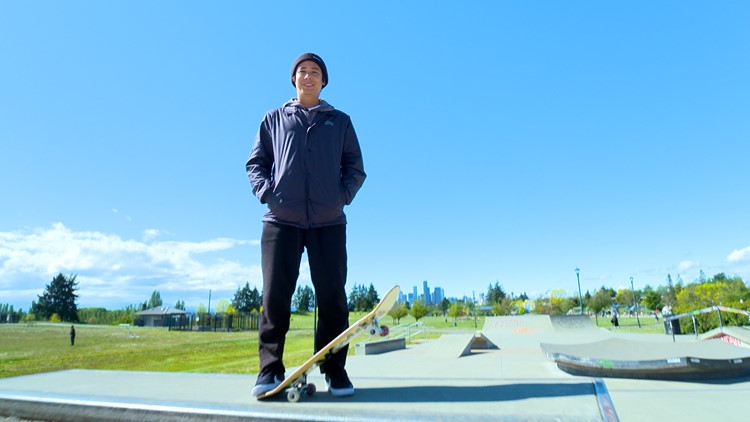 The premier SLS skateboarding competition is coming back to the Pacific Northwest! #k5evening

SEATTLE – Street League Skateboarding returns to the Pacific Northwest for the first time in over a decade this summer as part of its 2022 world tour. This comes as skateboarding is reaching new heights in popularity following its Olympic debut last summer.

The SLS Championship Tour is recognized as the world’s premier professional street skateboarding competition. Events are held on purpose-built, one-of-a-kind, SLS-certified courses in major cities around the world, with the best in the sport competing for the highest stakes.

“This is really our NBA or NFL, it’s huge,” said professional skateboarder and SLS Super Crown World Champion (2011) Sean Malto. “It’s an opportunity for us to play in a league like this.”

Each stop on the SLS Championship Tour will also once again feature specially designed skate plazas that will challenge top pros and emerging talent and inspire them to take skateboarding to new heights. These premier live event experiences provide exciting entertainment for millions of fans.

This is the event where you can see the sport’s top skaters and biggest personalities including defending champions Jagger Eaton (USA) and Pamela Rosa (BRA), SLS icons Nyjah Huston (USA) and Rayssa Leal (BRA) as well All The Tokyo Olympics podium – led by gold medalists Yuto Horigome (JPN) and Momiji Nishiya (JPN) – are vying for a chance to claim street skateboarding’s most coveted trophy.

“Street League is the best skater in the world,” said Malto. “It’s one of the highest levels of skateboarding you’ll ever see.”

The second stop of the 2022 SLS Championship Tour is August 13-14 at Angel of the Winds Arena in downtown Everett.

“The Pacific Northwest has a great skate scene, but it doesn’t have a lot of events.”

That will soon change as the SLS excitement ramps up for fans here during this big event.