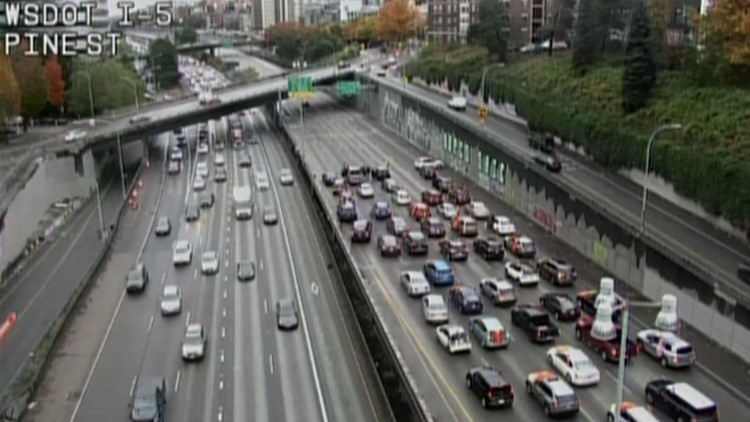 Interstate roads were closed near Lakeview. The westbound and eastbound I-90 shortcuts to I-5 north were also closed for a short time, WSDOT said. Redundancy reached four miles before the road reopened.

Drivers have been asked to take alternative routes and congestion is expected during the closure.

The Washington State Patrol ordered the protesters, who were being stopped north of I-5, to disperse, according to Trooper Rick Johnson. If the protesters refuse to move, their vehicles will be towed away, Johnson said.

State patrols could not provide a description or confirm who the protesters were, or what they were protesting.

All lanes go north on I-5 downtown #Seattle reopened. Westbound I-90 to Northbound I-5 has reopened. The eastbound I-90 detour to northbound I-5 remains closed but will reopen soon. Drive carefully / give yourself more time!@wspd2pio