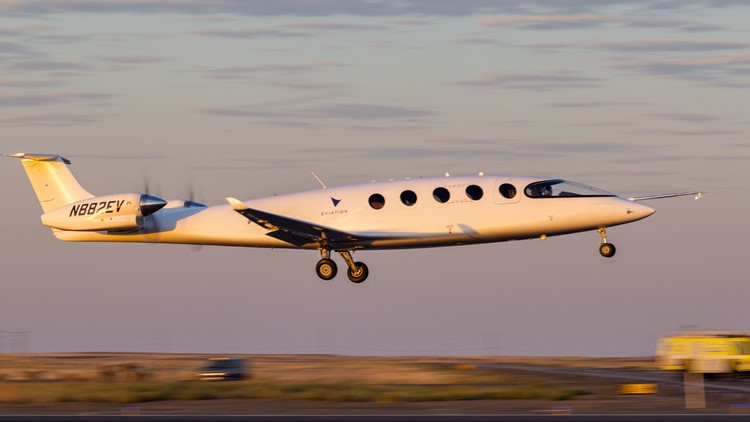 The plane flew at an altitude of 3,500 feet for eight minutes. The aircraft is powered by two magniX magni650 electric propulsion units.

The plane, named Alice, took an eight-minute flight at an altitude of 3,500 feet.

“Today’s maiden flight was absolutely amazing, we had the aircraft ready on time, we got it in the field and we were able to pull off a near perfect maiden flight,” said Gregory Davis, President and CEO of Eviation.

The company says Alice has zero carbon emissions, significantly reduces noise and costs a fraction of the operating cost per hour of flight compared to light jets or high-end turboprops.

The company that built the plane, Eviation, is targeting commuter and cargo markets with the plane, aiming to operate flights of 150 to 200 miles.

Eviation believes its electric technology can “dramatically lower” the cost of air travel.

“We should be able to reduce point-to-point operating costs by up to two-thirds compared to a conventionally fueled aircraft,” Davis said.

“I think here in Moses Lake it’s about 12 cents a kilowatt for electricity, it’s very cheap compared to jet fuel. This, along with the reduced maintenance required for the electric motors on the planes, etc., will drive down travel prices.”