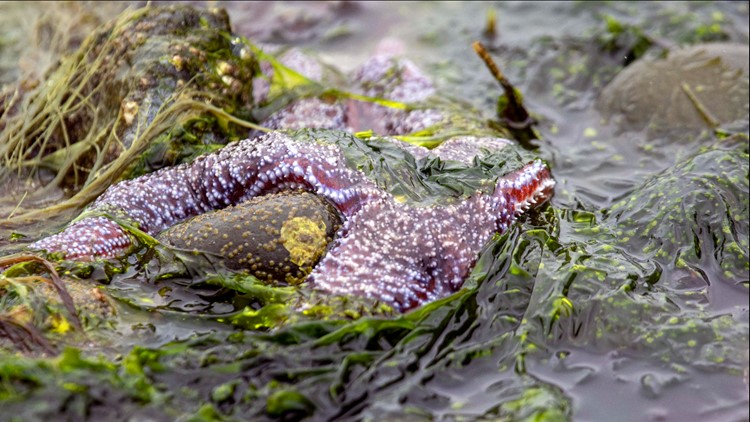 Tides are expected to be four feet lower than normal on Wednesday and Thursday. Last month, Puget Sound had its lowest tide in 13 years.

SEATTLES — Editor’s Note: The above video on Puget Sound is experiencing its lowest tide in more than a decade originally aired June 15, 2022.

If you missed the June low tide for Puget Sound, this week gives you another chance to catch the low tide.

Lower than normal tides are forecast for Puget Sound through Saturday. Wednesday and Thursday will see the lowest tides this week. Tides are expected to be about four feet lower than normal on these days.

The ebb is expected due to a “wobble” in the Moon’s orbit.

The below-average tides expose areas and ecosystems normally inundated by the cold, salty waters of Puget Sound, giving people a unique opportunity to explore the tide pools and marine life.

If you want to safely explore the diversity of marine life this week during low tide, you can join the beach naturalists, part of the Seattle Aquarium Beach Naturalist Program.

This is a great opportunity for those interested in learning more about Puget Sound’s diverse, unique ecosystems while protecting marine life from human interference.

Watch: Drone video of a low tide in West Seattle in 2019

A Washington State Ferries spokesman said low tide in June can cause problems for boats. Ramps on and off the boats can get “very” steep at low tide, the spokesman said.

The impact is particularly strong at the Edmonds Ferry Terminal, which carries the most freight of any other route in the system.