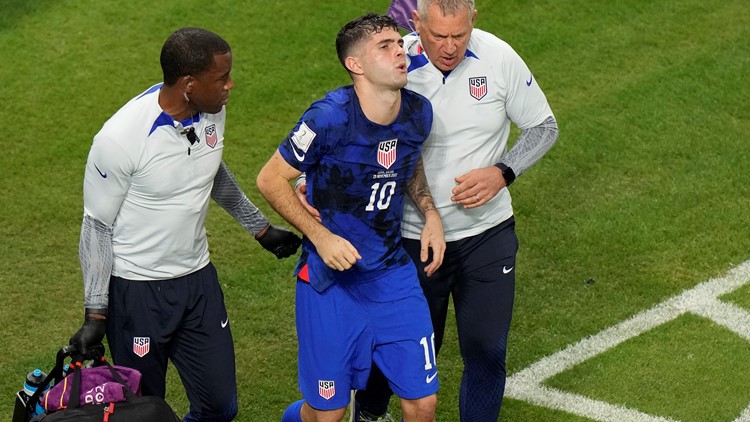 DOHA, Qatar (AP) — U.S. forward Christian Pulisic is listed as day-to-day after suffering a pelvic injury in his team’s 1-0 World Cup win over Iran that sent the Americans into the round of 16 of the tournament on Tuesday .

Pulisic scored the winning goal against Iran in the 38th minute but collided with Iranian goalkeeper Alireza Beiranvand in the same game. The Chelsea striker was substituted early in the second half and taken to a hospital for a check-up.

The US Football Association said Pulisic was diagnosed with a contused pelvis and has returned to the team hotel.

A video later posted by the US team on social media showed Pulisic celebrating with the rest of the team as they arrived at the team hotel.

The US Football Association did not make Pulisic available to the media on Wednesday, but released a video of him dribbling a ball.