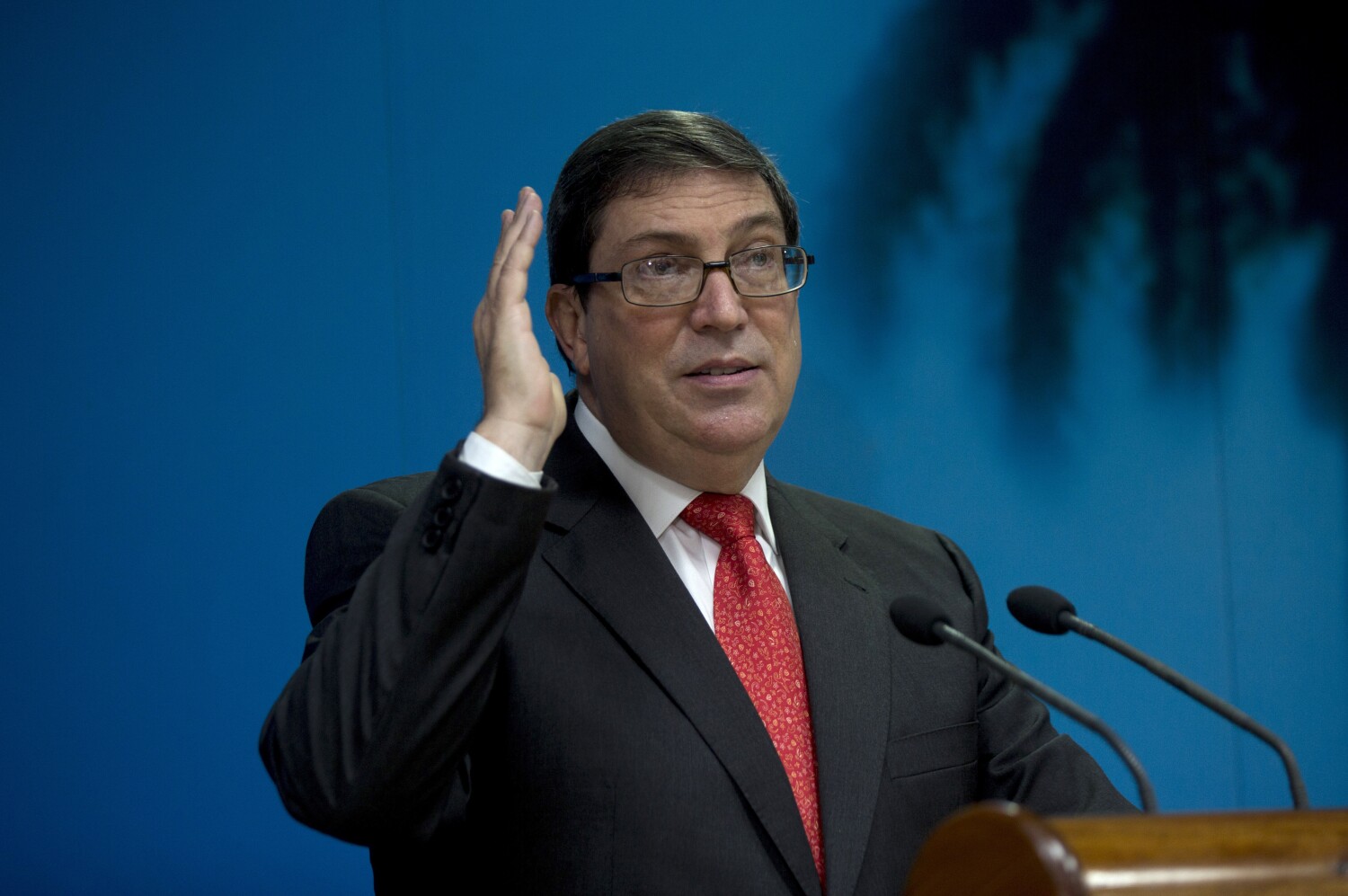 The Summit of the Americas, a major gathering of the region’s leaders, was held in Los Angeles last week, hosted by the United States for the first time since its inaugural session in Miami in 1994.

But the event, which is convened every three or four years, has been plagued by controversy, including the non-attendance of prominent leaders and serious doubts about the health of democracy across the hemisphere.

The Biden administration refused to invite governments it considers undemocratic — Cuba, Nicaragua and Venezuela — although other countries with questionable credentials, such as Brazil and Haiti, were included.

To reflect on perceived shortcomings of the summit and the overall troubled relationship Washington and Havana continue to have despite progress when President Biden was vice president under Barack Obama, The Times spoke at length with Cuba’s chief of diplomacy, Secretary of State Bruno Rodríguez.

Rodríguez says the summit was a missed opportunity as discussions on issues ranging from immigration to COVID-19 and climate change stalled because key countries were absent.

The interview was conducted via videoconference with Rodríguez in Havana and The Times in Los Angeles as the summit drew to a close. The conversation was in Spanish and translated by The Times. Questions and answers have been edited and paraphrased for clarity and length.

However, the Biden administration stood by its decision to exclude Cuba from the summit It prompted boycotts by several of the region’s leaders, including Mexican President Andrés Manuel López Obrador. Describe Havana’s reaction to the exclusion and the impact it had on the success of the summit.

The principle of inclusivity at events like this is undisputed. Like the other countries, Cuba belongs to the hemisphere. Therefore, everyone should be invited equally.

The US acted out of a hegemonic vision of domination entrenched in previous centuries and misguided policies that removed the US from our region. The US needs Latin America and the Caribbean just as the region needs a respectful relationship with the US, a relationship that does not interfere in our internal affairs.

There were reports that US officials were trying to negotiate the presence of a Cuban delegation at the summit, but one with lower status than other countries. Did Cuba see this as an opportunity?

The US government tried to negotiate discriminatory formulas for Cuba’s participation in the Los Angeles Summit, which my country firmly rejected. This is proof that the US realized that as host they had no right to exclude Cuba or any other country.

This represents a historic setback that only adds to the isolation and discrediting of the US government. I can’t even call this the Summit of the Americas. It is a summit of incomplete Americas that will not advance dialogue and cooperation with Latin America and the Caribbean. It shows the United States separated from Latin America and the Caribbean, which is unfortunate.

This is a signal, a symptom of the disease, the sick blockade policy that the US is maintaining against Cuba, and which is rejected worldwide – and also rejected by a majority of US citizens and Cubans living in the US [Note: Cuban officials use the term “blockade” to refer to the strict economic embargo that Washington imposed against the island nation nearly 50 years ago.]

What impact did Cuba’s absence have on the summit? Are there any issues or expertise that Cuba could have contributed?

Cuba’s absence harms the intentions and goals of many participants in the LA meeting, the reasons they went. The Biden administration made immigration a priority…but countries with the greatest importance in terms of immigration are not present at the level of heads of state. Another priority was COVID. The US had the highest death toll due to poor prevention and treatment policies…while Cuba had one of the most successful handling of COVID, with international recognition for its vaccines and medicines. 96 percent of Cubans eligible for vaccination have received at least three doses.

So how can the United States begin a serious discussion with Latin America and the Caribbean on health issues without incorporating our experiences?

The US convened a conference that ends disastrously in the absence of the leaders who best understand immigration and are able to work with the US to find solutions to irregular migration.

Is the Cuban government surprised at the lack of improvement in Washington-Havana relations in the post-Trump era, particularly given some of the promises made by candidate Biden?

I don’t think President Biden has a Cuba policy of his own. I thought his politics would be more similar [that of the Obama administration]. If you read the Democratic Party platform, they have a different policy towards Cuba. If you look at President Biden’s campaign statements and speeches in his own voice, you will see that he has promised US voters and Cubans living in Florida different policies. But so far, unfortunately, the policy has been President Trump’s maximum pressure campaign.

It not only causes harm and suffering to the Cuban people, stunts the growth of our economy, encourages irregular immigration to the United States, but is also a policy that harms United States national interests.

We could have a much more productive relationship.

We know remittances from US citizens to Cubans on the island and travel between the two countries — which have been largely suspended by the Trump administration — remain problematic. What about visas? The US announces that it is vacating its embassy and consulate in Havana.

President Biden has announced some moves in the right direction, but very limited ones. … We had productive and positive talks on immigration in April … But US visa issuance to Cubans has still declined drastically. It forces Cubans to try to immigrate illegally. The United States, confronting immigration with this repressive focus, has forced transit countries through which Cubans who left Cuba quite legally travel, with passports, travel documents, but then with their access points to the US cut off, they become illegal migrants .

US complaints about Cuba are largely based on its record of human rights and freedom of expression, particularly after last July’s anti-government demonstrations that led to hundreds of arrests. What is your answer to this? Why the arrests of artists like dissident rapper Maykel Castillo? Why so many political prisoners?

President Biden’s administration does not have the modicum of moral or political authority to criticize this. … Many states in the US can arrest and imprison people as young as 14 or 12. … The US separates migrant children from their parents at the border. … The United States and Cuba have an agreement on a human rights dialogue and I am fully prepared to participate in that dialogue.

Do you consider the people who attacked the US Capitol on January 6th as political prisoners? Or common criminals?

And you should check who really is an “artist”. Cuban prisoners are having their day in court.

Exoprimal Stomps Back Into Action With New Trailer