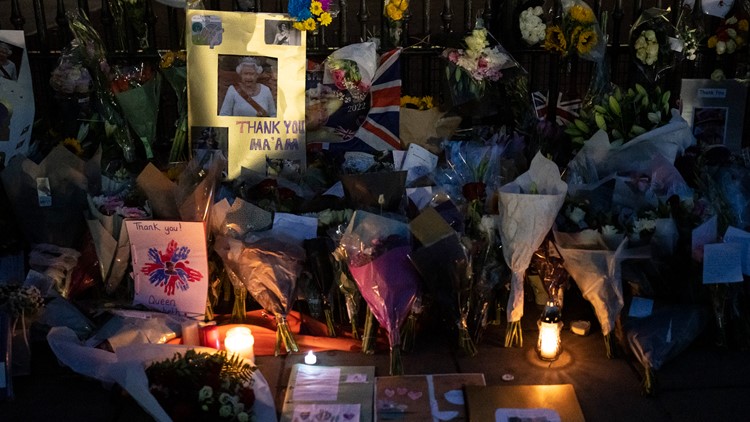 Elizabeth, the nation’s longest-reigning sovereign, died at her summer residence in the Scottish Highlands on Thursday.

LONDON, UK – Palace officials say the state funeral for Queen Elizabeth II will take place on September 19 at Westminster Abbey in London after the public was given a chance to pay their last respects to the monarch. It starts at 6 a.m. East.

Elizabeth, the nation’s longest-reigning sovereign, died at her summer residence in the Scottish Highlands on Thursday.

Details of the 96-year-old Queen’s funeral will be released later, but organizers described Saturday’s ceremony as “a fitting farewell to one of the defining figures of our time”.

RELATED: Operation Unicorn: What happens in the 10 days after Queen Elizabeth’s death

Palace officials said there will be opportunities to see the late sovereign’s oaken coffin as it makes the journey from Balmoral Castle in Scotland to Edinburgh and again to London, where her body will lie in state for four days from Wednesday.

Her Majesty The Queen’s state funeral will be held at Westminster Abbey on Monday 19 September.

Before the state funeral, the Queen will lie in state at Westminster Hall for four days to allow the public to pay her respects.

According to the BBC, Elizabeth’s funeral will be the first for a sovereign at the historic abbey since the 18th century, although her mother’s funeral was held there in 2002.

A Royal Family dismissal after the funeral said Elizabeth’s coffin would be transported to Windsor Castle and then to St George’s Chapel for a funeral service.

Mourning for the Queen had already begun at the time of the announcement, and crowds of mourners gathered outside Buckingham Palace, carrying bouquets of flowers and notes.

RELATED: Netflix’s ‘The Crown’ is pausing production after Queen’s death

“You have inspired generations of young women like me to serve the great nation that has prospered under your leadership,” read a purple-tipped note left at the gate.

“Farewell my love,” read another, attached to a bouquet of yellow roses. “Thank you ma’am… for being a beacon of hope and stability during difficult times.”

The palace made the announcement hours after the first accession ceremony since 1952, when Queen Elizabeth II ascended the throne.

Her son, now King Charles III, declared the day of his mother’s funeral a public holiday. This will be the second extra bank holiday for Britons this year – a bank holiday was declared in early June to celebrate Elizabeth’s platinum jubilee for 70 years on the throne.

RELATED: A royal hug made headlines when Queen Elizabeth visited DC in 1991