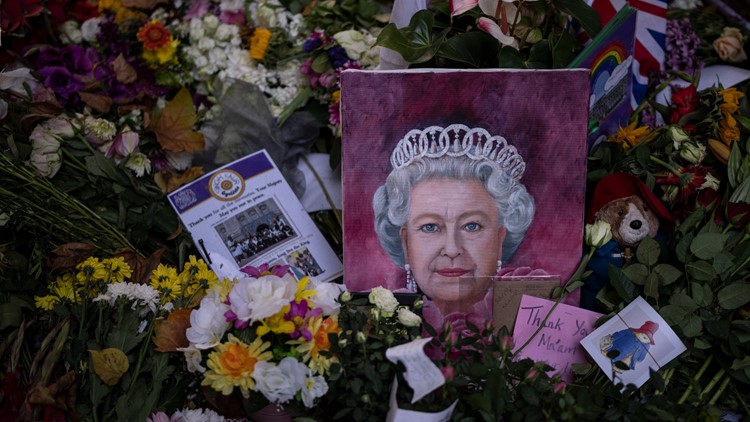 Here’s what you should know about the Queen’s funeral on Monday morning.

LONDON, United Kingdom – Queen Elizabeth II will be buried in a full day of funeral services on Monday, capping more than a week of national mourning for Britain’s longest-reigning monarch.

The late Queen’s coffin will be kept at Westminster Hall until early Monday morning, when it will be taken in procession on a gun carriage drawn by 142 Royal Navy seamen to nearby Westminster Abbey.

The funeral, which begins at 6 a.m. Monday, will be attended by 2,000 guests. President Joe Biden and various other heads of state will attend, making it the largest gathering of world leaders in years. in one expression After Elizabeth’s death, Biden called her “a stateswoman of unsurpassed dignity and steadfastness” who strengthened ties between her country and the United States

Monday has been declared a public holiday in the UK and the funeral will be televised to huge television audiences worldwide, to crowds in parks and public squares across the country.

According to the BBC, Elizabeth’s funeral will be the first for a monarch at the historic abbey since the 18th century, although her mother’s funeral was held there in 2002.

After the ceremony, people across the UK will observe a two-minute silence to show their respect.

Elizabeth’s coffin is carried through the historic heart of London on a horse-drawn carriage from Westminster Abbey to Wellington Arch near Buckingham Palace, followed by King Charles III. and other royals.

From London, the Queen’s coffin is then taken in the state hearse to Windsor, where 800 people, including members of the Queen’s household and staff at the Windsor estate, celebrate a funeral service at St George’s Chapel, near Windsor Castle will.

At the end of the service, the coffin is lowered into the Royal Vault. The sovereign’s piper plays a lament, the Archbishop of Canterbury pronounces the blessing and the congregation sings “God Save The King”.

Members of the Royal Family will then hold a private funeral service at the King George VI Memorial Chapel, where the Queen will be buried alongside her late husband, Prince Philip, who died last year aged 99.

St. George’s is a center of royal life events in Britain as many members of the royal family have been christened, married and buried there. It is the resting place for 10 former rulers, along with Elizabeth’s mother, father and sister.

Stars come out in NYC for premiere of 'Amsterdam'