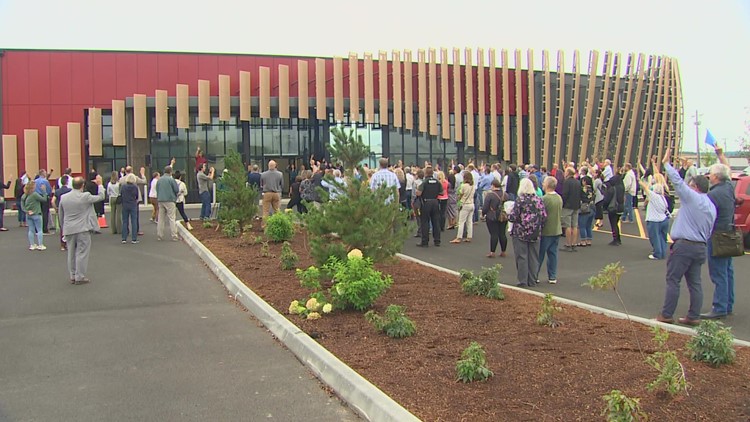 It provides medical and dental care, psychological help, and even childcare for anyone diagnosed with a substance use disorder.

ABERDEEN, Wash. – In October, the Quinault Indian Nation will open a drug treatment facility in Aberdeen.

It will provide medical and dental care, psychological help and even childcare for anyone diagnosed with a substance use disorder, not just members of the Quinault Indian Nation.

“Our neighbors’ success is our success,” said Guy Capoeman, President of the Quinault Indian Nation.

The clinic is scheduled to open in October. Capoeman said 250 patients could be helped every day.

“Generations from now will have a positive impact on someone and they will be able to think back to that place,” Capoeman said.

According to the Quinault Indian Nation, the number of people in Grays Harbor County seeking help for their opioid addiction has increased by more than 300% in the past decade.

“Everything is an obstacle when you’re trying to be clean,” said Hannah Curley, a member of the Quinault Indian Nation who has been in recovery since the 1990s.

Curley said her alcohol addiction forced her to resign as a tribal council member. Then she said her problems had only gotten worse.

“I was deep into cocaine and methamphetamine for ten years,” Curley said.

In order to get clean, Curley said she had to move to Pierce County to get treatment.

She said providing care in Grays Harbor County will transform and save lives.

“Had that facility…had been available at the time, it would have been wonderful,” Curley said.

NIL deals: What to know about name, image and licensing in sports

ACCT Philadelphia says it's dealing with too many exotic animals