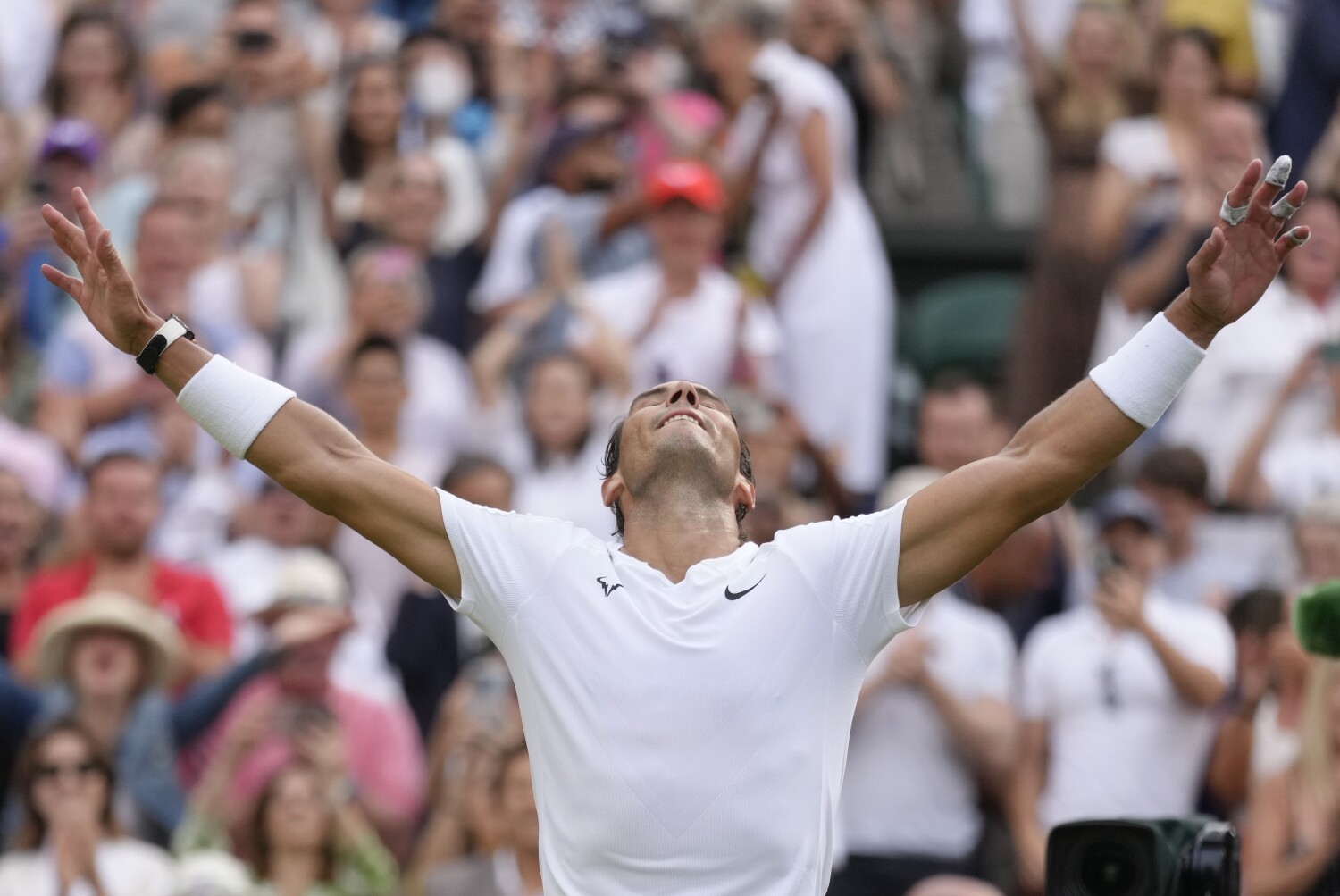 Rafael Nadal kept his calendar Grand Slam dream alive on Wednesday but it cost him everything he had.

The Spaniard defeated American Taylor Fritz 10-4 in a fifth-set tiebreak in a grueling match that lasted four hours and 21 minutes.

Australian and French Open winner Nadal moves on to a Wimbledon semi-final showdown with Australia’s Nick Kyrgios, who slid to victory earlier in the day with a straight-set victory over Chilean Cristian Garin – a match that ended about half of the time Nadal-Fritz took.

“For many moments I thought that I might not be able to finish the match,” Nadal said afterwards. “But the court, the energy was something else.”

He aims to become the first man since 1969 to complete a calendar grand slam and win all four major championships in the same year. Rod Laver was the last man to accomplish the feat.