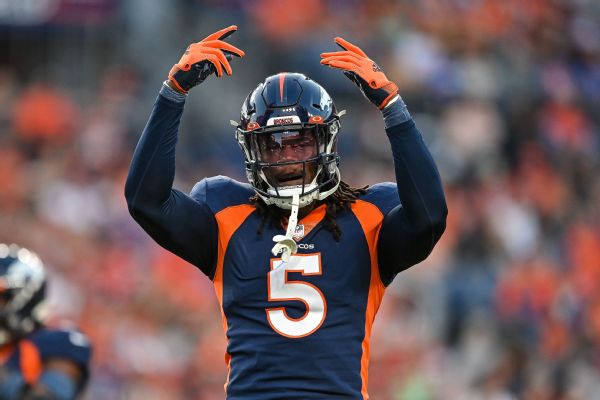 LOS ANGELES — A day after the NFL suspended Denver Broncos linebacker Randy Gregory and Los Angeles Rams Oday Aboushi for one game each for exchanging punches after LA’s win on Sunday, discipline was reduced to fines .

The NFL announced Tuesday that appeals officers Derrick Brooks and James Thrash reduced the disciplinary penalty to a $50,000 fine for Gregory and a $12,000 fine for Aboushi.

The incident happened when the teams gathered in the middle of the field after the game. Gregory and Aboushi first exchanged words before Gregory punched Aboushi in the helmet. Aboushi then punched him back. The couple quickly separated.

In letters sent to players on Monday, NFL vice president of football operations Jon Runyan said: “As you approached a group of teammates, coaches and media, you both stopped and swung at each other’s heads and/or necks Aggressive behavior could have resulted in serious injury and clearly falls short of the high sporting standards expected of a professional.”

Later that day, Rams right tackle Rob Havenstein said he saw the exchange and didn’t think Aboushi was “at fault.”

“He was hit first and tried to walk away several times from what it looks like and from what I’ve seen,” Havenstein said. “I think the video is pretty clear. He went away and was followed.”

“My goal is to end this season strong, play with pride and be part of the solution and not the problem going forward,” he said.

Overbrook High School gets $500,000 for safety improvements after nearby shooting