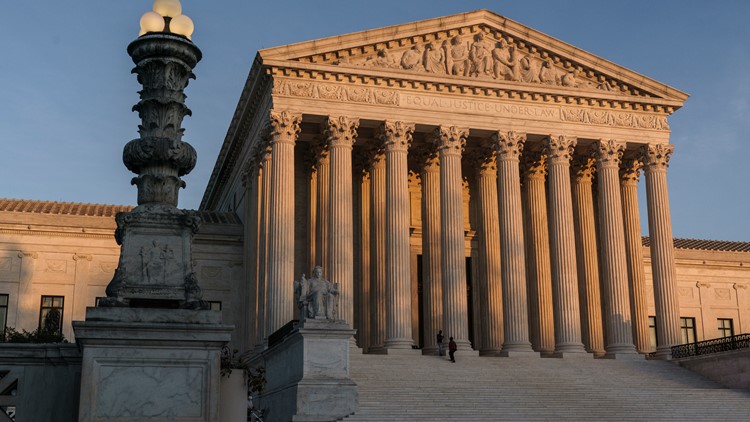 First and most importantly, everyone understands that abortion services are available in Pennsylvania and are unharmed by today’s Supreme Court lawsuit. Providers can continue to provide reproductive health care, and patients should continue with the health care plan they have developed with their physicians.

Nonetheless, I am deeply disappointed with today’s Supreme Court ruling and the impact that decision will have nationwide. The right to physical autonomy – and privacy in general – is under attack in this country. We must do more to protect the rights of women and pregnant people in every state across the country that doesn’t have a governor willing to veto it.

As we approach a critical election cycle here in Pennsylvania, I cannot stress enough the importance of exercising your personal right to vote. Elections are important.

This decision was not made overnight. Right-wing extremists have strategically planned to dismantle decades of decisions to advance their goals and divide our country with policies aimed at violating our freedoms. They have done so, vote after vote, election after election, in our beloved nation. We cannot allow this to continue.

Americans today feel defeated and angry, and I don’t blame them. However, while I am governor, I pledge to protect access to abortion and reproductive health care in Pennsylvania.

For women and pregnant people in surrounding states and across the country where this is not the case, you are safe here in the Commonwealth.

The US Supreme Court ruling in Dobbs v. Jackson Women’s Health Organization restores the ability of the American people to make abortion laws through their elected officials, as required by the Constitution. Precedents wrongly decided should be overturned, just as Brown v. Board of Education was right to overturn Plessy v. Ferguson. This verdict is a win for the unborn, the constitution and democratic governance.

Democratic candidate and Lieutenant Governor John Fetterman released the following statement in response to the ruling:

The decision of how and when to become a mother should always be made by a woman and her doctor, not politicians. If there was any doubt about what was at stake in this race, today made it crystal clear. Abortion rights will be up for election in Pennsylvania this November. I will protect abortion rights. dr Oz will take her. As simple as that.

Today’s ruling upends nearly half a century of legal precedent and tears away a constitutional right that generations of women have known all their lives. This dangerous ruling will not end abortion in this country, but it will put women’s lives at risk. And make no mistake – this isn’t the end goal, it’s just the beginning. Republicans in Congress want to pass federal legislation to outright ban abortion. Our daughters and granddaughters should not grow up with fewer rights than their mothers.

The Dobbs decision will be remembered as a shameful moment for our country and for the court. Today, five Supreme Court Justices have turned fifty years of law on its head, subjecting the health and personal lives of millions of American women to the whims of politicians.

As a result of today’s decision, the personal freedoms of every American are now dependent on the state in which they live. Here in Pennsylvania, decisions about your body are now left to elected officials in Harrisburg – giving these politicians more power than women in our Commonwealth.

Let me be clear: for now, abortion remains legal in Pennsylvania. Our laws have not changed with this ruling, and abortion is legal in Pennsylvania up to 23 weeks gestation and thereafter if necessary to protect the life or health of the mother. I intend to continue to defend the ability of doctors to practice medicine and women’s right to privacy against any effort to enforce a defunct rule requiring women to inform their husbands of their personal choices.

Unfortunately, I cannot give the same assurance to women in places like Ohio, West Virginia, Kentucky, and other states in our country. Wheels are already in motion to ban abortion in more than half of our country. I can promise you that when patients from these states travel to Pennsylvania, I will fight to protect them and their doctors from extremist politicians trying to illegally interfere.

While this decision has no immediate impact here in Pennsylvania, it opens the door for our legislature to ban or criminalize abortion simply by passing a law — because federal protections are no longer in place. I will fight any attempt to undermine women’s rights in our Commonwealth.

To Pennsylvania physicians and patients concerned about how this decision will affect them, rest assured that the energies of my office are devoted to protecting legal access to abortion in our Commonwealth.

I will staunchly protect a woman’s right to vote — and anyone attempting to threaten or undermine the fundamental liberties of women in Pennsylvania must first go through the attorney general’s office.

The Democratic leadership of the House of Harrisburg released the following joint statement:

Today’s decision by the US Supreme Court will affect women’s access to health care and disproportionately harm people of color and those with financial difficulties. Although abortion is still safe and legal here in Pennsylvania despite the court decision, the truth is that the Commonwealth is one vote away from criminalizing women’s health care and the dire consequences that would entail, higher maternal death rates, Spikes in unsafe abortions and prosecutions of doctors and nurses who provide necessary health care. Because let’s face it, banning abortion doesn’t stop abortion.

Republicans have been working to reverse Roe for decades and already have bills up for a vote that would restrict access to care. On the other hand, House Democrats have a plan to enshrine reproductive freedoms in the state constitution and protect our providers from fear of arrest simply for providing care. A majority of Pennsylvanians support access to safe health care, but unfortunately the political reality is that Republicans are more concerned about the special interests than the people. That means their bills get rammed through the legislature while our bills of doing what the people actually want are never considered.

We’re not done fighting for people to be able to make decisions about their own bodies. In the meantime, we will work to increase access to healthcare in our communities, which anticipate an increase in the number of women from neighboring countries seeking safe healthcare, and protect our healthcare providers from legal action for doing their jobs.

Over the past 50 years, and after over two million abortions here in Pennsylvania, Roe has stopped states from acknowledging medical advances that have allowed us all to better observe the humanity of unborn children.

Since the beginning of our organization in 1989, protecting the sanctity of human life has been of paramount importance. Roe’s tipping is a big step towards ensuring women, children and families are fully protected. As we join thousands across the state to celebrate what we have all prayed and stood up for, we must continue to unite to protect unborn life in Pennsylvania and across the country.

Every child deserves the right to life. Roe was wrong from the start. Today’s significant decision is welcomed after decades of pro-life activism. Individual states are finally free to protect lives.

Unfortunately, nothing will change for the Pennsylvanians right away. The fight for women and children now goes to another level. The Pennsylvania Abortion Control Act of 1989 keeps abortion legal up to six months of pregnancy. According to Roe, Pennsylvania could become a destination state for those seeking abortion. According to the Guttmacher Institute, the number of people traveling to Pennsylvania to seek an abortion will increase by over 1,000 percent.

It is up to the citizens of this great Commonwealth to do our part. We must work tirelessly to elect legislators and a governor who support the culture of life and pass life-affirming laws.

We will continue to update as more statements are released.

https://www.fox43.com/article/news/politics/reactions-roe-v-wade-decision-pennsylvania-casey-toomey-fetterman-wolf/521-cd0e8bb3-3cc6-447d-9f9a-d1f9ddf13659 Reactions from the Roe v. Wade decision across Pennsylvania

Where is abortion legal? In red states, women navigate a chaotic abortion landscape