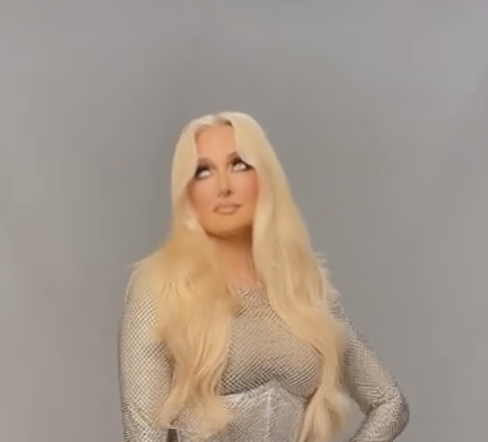 Erika Jayne has admitted she blacked out during it Diana Jenkins‘ parties.

There has been speculation for some time that the ‘The Real Housewives of Beverly Hills’ star is struggling to control her drinking. And this was no exception here, as Erika made it very clear that she had crossed the line.

Things haven’t improved with the fact that she’s broken up with her since she broke up Tom Girardi, Erika was plagued by legal and financial problems. With that said, Erika didn’t hold back on how much of a mess she was.

Subsequently Lisa Rina said: “Our girl was s-t-faced. I mean you slurred your words. Did you pass out when you got home? to which Erika replied: “Yes, [I] blow [my] head [and] vomited.”

The main reason Erika went overboard with her drink was simply that her vacations have never been the same since she got involved in her cheating case.

And with ongoing speculation about whether or not she’d have something to answer for, coupled with the fact that her future on the show has always been in question, it hasn’t made for a positive environment.

And that’s something Erika elaborated on. she added: “I don’t want to be in a sad, depressing place. I want to have a good time, I want to feel good, I want to have fun, and so, yeah, you know what? I overdid it.”

Fans on social media weren’t all that sympathetic to Erika. This was done on the basis that given her behavior, she couldn’t blame anyone but herself. A person wrote: “Serious? If you’re over 20 and still doing that nonsense, I don’t understand it.”

Time will tell how Erika fares, but from what we’ve seen so far, she needs to get her drinking under control. So there you have it folks. What did you think? Do let us know your thoughts in the comment section below.

This Watch Just Went to Space. What’s That Worth?