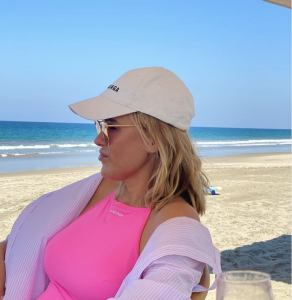 Diana Jenkins was able to convince Dana Wilke to remove several podcasts affecting her after she sent a cease and desist letter.

Real Housewives of Beverly Hills: Diana Jenkins forces Dana Wilkey to take down her podcast after sending a cease and desist letter

The star of theReal Housewives of Beverly Hills‘ hasn’t had an easy time of late when it comes to her reputation. She reportedly wanted to counter what she believed to be false statements about her alleged connections Jeffrey Epstein and his trading ring.

Not only that, Dana had apparently stated that Diana was having affairs with her Justin Timberlake and Guy Richie. And as part of that process, it was clear that people with cease and desist letters would be targeted.

The letter specified the following: “I am writing to urge you to immediately remove these false and defamatory statements and to issue notices confirming that you had no factual basis for the statements and implications about Ms. Jenkins.”

Still, it is important to read these comments in a broader context. First of all, just because someone wrote something down doesn’t mean they don’t stand by what they said.

Therefore, Dana could have simply removed something to avoid an unnecessary and costly lawsuit. Second, Dana may have done this to maintain good relations with Diana. After all, both have appeared in the same Housewives franchise.

And yet Diana is hell-bent on polishing her image. A source Approved the following: “She will not stop until every apology is received and she will do whatever it takes to clear her name and her family’s reputation. She will spare absolutely no expense when it comes to taking legal action.”

Fans on social media understood why Diana would do that if the allegations were false. And in the process, they hit Dana. A person wrote: “Eh. She’s so desperate she named her podcast Sexy Unique??? Like LVP’s restaurant. I would sue her too if I were Diana.”

Astrology Zone’s Beauty Boxes Are Tailored To Each Element

U.S. dollar to British pound conversion is boon for Americans