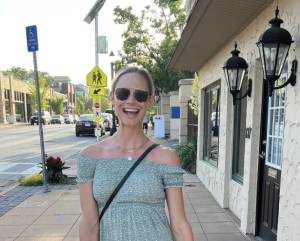 Megan King is said to have obtained a restraining order against her ex-husband Jim Edmonds.

The order was reportedly submitted in June this year. This was done on the grounds that Jim was allegedly involved “frequent and consistent verbal abuse” via text message. Not only that, but with the two still embroiled in a custody battle, it won’t make things any easier.

While that may be the case, Jim’s team has denied that order existed. With that said, the public was left none the wiser.

In an official statement on behalf of Jim, his representative Steve Honig said: said the following: “This request for a protection order is completely unfounded and makes a complete mockery of the pain that millions of women in this country are suffering.”

Whatever the case, one thing Meghan has made clear is the lack of support she feels she gets when it comes to co-parenting. This is especially true as her son Hart suffers from cerebral palsy.

This is a lifelong condition that affects a person’s mobility and coordination. Not only that, but Meghan also claimed Hart suffered from “irreversible” brain damage. As a result, her subsequent comments showed the dismay she might be feeling.

she specified: “I don’t know what co-parenting is. I do not know what it is. Like, not me. I would be the one asking for advice. To become coparent, you have to communicate properly? Yes, so that would be a good start. … Jim hates me. It’s terrible.”

Time will tell but if there is an order it will only complicate matters. And it’s best to discuss this behind the scenes to avoid further damage. So there you have it folks. What did you think? Do let us know your thoughts in the comment section below.

Op-Ed: The quandary of U.S.-trained Chinese scientists: Stay or leave?

US to send $820 million in Ukraine aid, includes missile systems