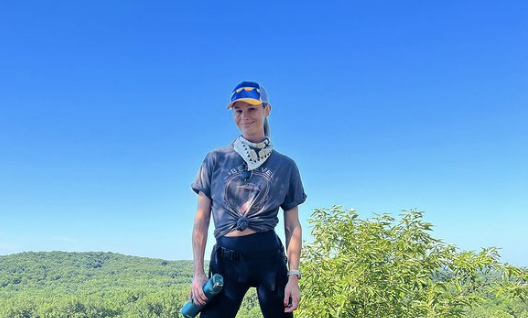 This news comes at the end of her disastrous relationship with none other than the President Joe Bidens Nephew Cuff Owens. During this process, Meghan and Cuffe had only been married for about 2 months. But it seems she’s managed to put that behind her by teaming up Trevor Colhoun.

The latter happens to be the CEO of Trusted Provider Network, a digital healthcare agency. And it looks like things have been going very well. A source tells TMZ the following: “The couple met through mutual friends and have kept things secret for the past few months.

“The two have not publicly confirmed that they are dating.” It’s too early to tell if this will be a successful relationship for the obvious reasons. First off, Meghan has now been involved in two high-profile marriages that have failed.

Before marrying Cuffe, she was married to Jim Edmonds for five years. However, they split after allegations that he was unfaithful to her. Secondly, the fact that Meghan and Trevor have not gone public says a lot.

They are most likely taking their time before deciding whether or not to commit to each other and take their relationship to the next level. However, fans on social media weren’t impressed. This was on the basis that they felt it was only a matter of time before Meghan’s relationship with Trevor collapsed.

That being said, the comments were very harsh indeed. A person wrote: “She needs to focus on taking care of all the kids she has and be pretty ah**.”

Time will tell if Meghan managed to find the one, or if this will prove to be yet another disaster. So there you have it folks. What did you think? Do let us know your thoughts in the comment section below.