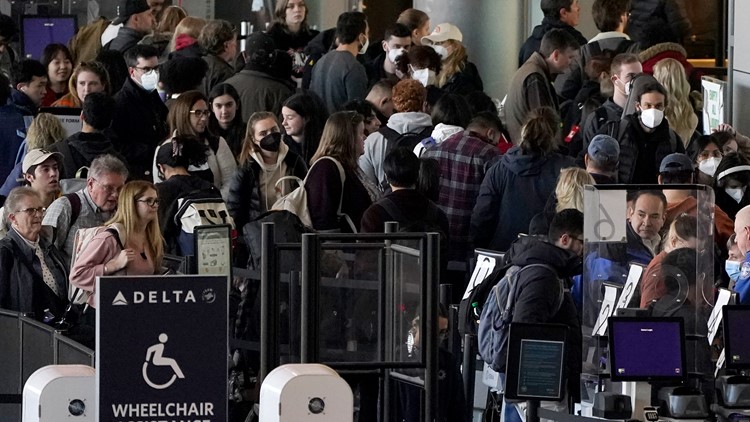 WASHINGTON — U.S. security officials say they will extend the REAL ID enforcement date again — meaning you won’t need one to fly until May 2025.

The Department of Homeland Security said in a news release on Monday that it would extend the deadline by two years, from May 3, 2023 to May 7, 2025. The department said the related backlogs are related to the deadline. The pandemic has slowed states’ progress in issuing REAL ID-compliant driver’s licenses.

“This extension will give states the time they need to ensure their residents can receive REAL ID compliant permits or IDs,” Homeland Security Secretary Alejandro N. Mayorkas said in a statement. announcement. “DHS will also use this time to implement innovations to make the process more efficient and accessible. We will continue to ensure that the American public can travel safely.”

The original enforcement deadline was 2016. It has been delayed several times, most recently to April 2021. After this deadline, adults will need a REAL ID or another acceptable form of identification. , such as a passport or passport card, for domestic flight. Several federal buildings were also affected.

Other acceptable identification documents include an enhanced driver’s license, a Veterans Affairs Health Identification Card, a permanent resident card, and a Department of Defense ID card, among others.

The FAQ page on the DHS website says that as of March 2021, 55 states and territories are “fully compliant with REAL ID requirements and all states are on track to begin issuing permission and compliance ID by the May 7, 2025 deadline.”

DRAWERIFY contributed to this report.