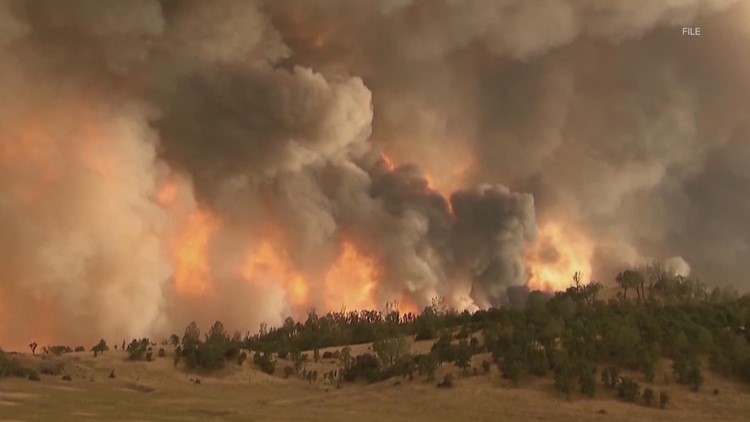 The National Weather Service issued a red flag warning for the western slopes of the North and Central Cascades through Friday evening.

WASHINGTON – The National Weather Service issued a red flag warning for the western slopes of the North and Central Cascades on Friday as hot, windy conditions provided fuel for fire growth. Overall, Washington state has had a relatively tame fire season so far, although there is still time to go.

“Thankfully we’ve had a pretty mild fire season overall,” said Crystal Raymond, climate adaptation specialist for the UW Climate Impacts Group. “I would say it’s about average in the west and maybe a little below average in Washington and Oregon, with the exception of southeastern Oregon, which continues to have an above-average fire season.”

What happened this season is in line with predictions made by the Washington Department of Natural Resources and other agencies, including UW researchers.

“The work we are doing to produce seasonal forecasts for the wildfire season is truly an achievement in terms of being able to tailor what we are looking at and get that forecast [honed in]. I think that was a really positive feeling,” Raymond said.

A wet, cool spring made for a slow start to the fire season, with fewer fires and area burned than some previous fire seasons, Raymond said. Still, she said, it was hot and dry in the summer. The start of September, which is usually windy, brings some additional concerns.

“We’re seeing that late August, early September time is really critical for the West Side,” Raymond said. “And when we get big wind events, we really feel fire danger on the west side of the state.”

Brendan McCluskey, King County director of emergency management, said the areas of concern in King County are those considered part of the urban wildland interface, which is the transition zone between undeveloped wildland and human development.

“We want people to be alert and know what to do if there is a fire. We encourage ready-set-go evacuation protocols. We also want them to be aware of their surroundings and make sure they’re careful when doing things outside and outdoors, especially with fire,” McCluskey said.

Emergency management is working with fire districts, the King Conservation District and other King County departments on a wildfire mitigation plan that addresses a number of issues, including forest health and education for people living at the interface of wildland and urban areas.

“There’s going to be more people in those areas, and I think that’s a good question: How are we going to deal with that?” McCluskey said. “It can go through many things. Make sure we have good codes to ensure people build in good areas and have two escape routes. You don’t want to have an area where there is only one way in and one way out. And we want to make sure they’re doing things like good safe distances and making sure they don’t have fuel next to their homes.”

What it's like to be Taiwanese American right now

Slapgate Update: As Chris Rock Turns Down 2023 Oscar Hosting Duties After Getting Slapped By Will Smith

Calmes: The Jan. 6 committee did the country proud but it hasn’t changed our calcified politics

‘No need for alarm’ after Texas patient who tested positive for monkeypox dies, officials say person was immunocompromised