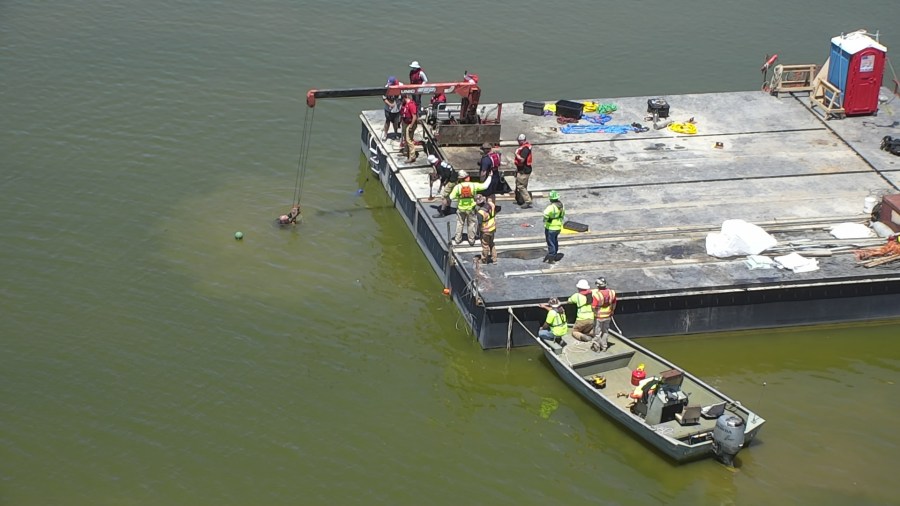 NASHVILLE, Tenn. (WKRN) — A year has passed since seven members of the Remnant Fellowship Church in Brentwood were killed in a plane crash on Percy Priest Lake.

Todd Loggins is a diver who works and lives at the Fate Sanders jetty, just around the corner from the crime scene. Loggins is used to responding to boating emergencies, but he was unprepared for what he would see shortly after the plane crash.

“We were the second boat over there where the plane went down and I mean it was just debris, I mean just little fluffy debris in the water, lots of gas smell,” Loggins recalled. “It was like a tomb out there, I just mean an eerie feeling.”

A year since the fatal plane crash


Among the seven passengers on the plane was Gwen Shamblin, who ran a controversial weight-loss ministry covered by an HBO documentary released since the crash. The group was en route to Florida over Memorial Day weekend.

Although Loggins didn’t know who was on board, he was eager to step in and help.

“It was pretty awful; it makes the hairs on the back of your neck stand up when you go out here to check on a plane crash. That just doesn’t happen here,” Loggins said.

Loggins said the plane crashed in a shallow part of the lake, which he said had little chance of surviving. Still, he said he felt helpless at not being able to do more that day.

“You want to help [but] There’s nothing you can do,” Loggins said. “There were no survivors, it was just a devastating crash. Her heart goes out to all families who have lost someone. It’s just devastating when someone loses their life, especially in a plane crash over here, and that’s very rare.”

The NTSB tells News 2 that it may take up to two years for the final report to be ready.

News 2 reached out to the Remnant Fellowship Church and asked how the congregation was coping with their loss a year later. We also asked for her response to the HBO documentary.

“The Church has mourned the loss of such kind and wonderful leaders, but we hope for a bright future with Elizabeth Shamblin Hannah, along with many leaders, male and female, who step out to encourage and advance this Church. Our Church has grown in numbers, unity and love over the past year as we have come together to bear the great pain of such a loss. The explanation of the crash has not yet been released. The HBO documentary had absurd, defamatory allegations, and the Church denies these false allegations. Please read our answers to frequently asked questions at We welcome everyone to visit us in person or via webcast at Remnant Fellowship Church.”