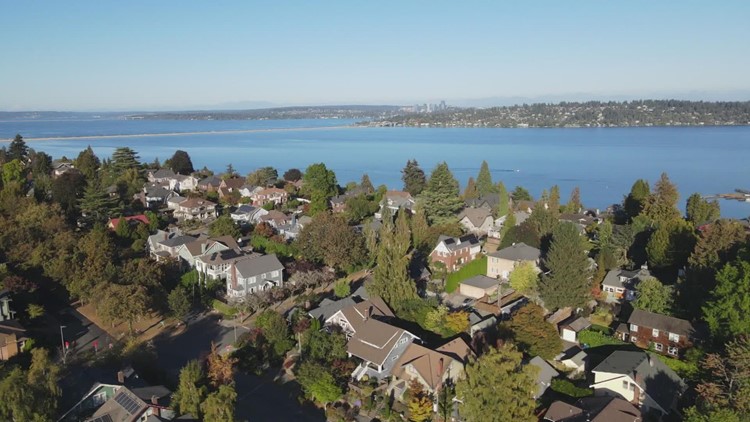 2022 marks the first time in a decade that King, Pierce, Snohomish and Kitsap counties have been ranked below the balance between income and home value.

SEATTLE – A new report from the Puget Sound Regional Council (PSRC) reveals rents and home values ​​have skyrocketed and home ownership is decreasing for people of color across western Washington.

“After the Great Recession, it took a long time for the housing industry to get back into the housing construction business,” said Josh Brown, CEO of PSRC. “But our economy, especially thanks to the tech sector in King County, has recovered a large number of jobs very quickly, and in this decade we are lagging a lot in building enough housing to keep pace with job growth.”

Fortunately, housing construction rates have gone up, says Brown — but in a way, it’s a catch-up game. He said that policy work is happening at cities, counties and at the state level that is likely to empower faster replenishment of supplies.

“Especially for home ownership, we are seeing an urgent need for what we would normally call middle-class housing in short supply,” Brown said. “Townhouses, really well-suited to established single-family neighborhoods, but we haven’t built enough of the missing mid-range townhouses to meet the overwhelming demand.”

The report also identifies that potential first-time homebuyers will find it harder to own a home.

The second quarter of 2022 marks the first time in the past decade that all four counties have ranked below the balance between income and home prices, indicating a widespread shortage of affordable housing.

“I think people really care about equity in our area and what we’re trying to do is report on home ownership and how communities of color are impacted,” Brown said. matched by housing affordability and the staggering numbers in our area.” “Housing is really the primary concern for most families. Housing is how you build wealth for generations.”

The area needs housing of many different types in all communities, according to Puget Sound Regional Council. Council says there is a backlog of around 50,000 units to address existing housing gaps. According to the council, the area needs more than 800,000 new apartments by 2050 to meet housing demand.

While most of the report’s provisions focus on ways to empower the market to provide more affordable housing, a number of local nonprofits are also offering alternative approaches. “House Our Neighbors” is currently campaigning for I-135, a Social Housing proposal that Seattle voters will decide on in November.

“For example, even though Seattle is investing in affordable housing, we have to be honest with the public that we are not on track to achieve that goal,” said Tiffani McCoy. “We’re making positive strides, we can’t beat ourselves up too quickly – we have a lot of work to do and that’s why we need new and innovative solutions to the market.” House.”

“Do we want this city to be a place where only the extremely wealthy and those who are earning mid-to-high six-figure salaries can live here?” McCoy asked. “Or do we want to make sure that anyone who lives or works here has access to Seattle so they don’t have to worry, ‘Will the rent increase make me leave the city?'”

Camille Gix, a recent graduate working part-time at Real Change, said she is currently facing an inability to pay.

“With a part-time income, my husband and I, he’s an immigrant without a work permit – we couldn’t afford anything at all so we lived with our parents. “, said Gix. “We’re almost 30 years old and it’s the only option that allows us to afford food and still live in Seattle so I can study.”

Gix said if soaring housing prices don’t keep up with wages, Seattle will lose a lot of what makes it up.

“We lose the diversity of our workforce, the diversity of thought, if the only people who can live in the city are people who have incomes above six figures or have multiple generations of wealth or been a homeowner since the early ’90s like my parents,” said Gixx.

We've been left £10,000 out of pocket after being banned from our flights due to tiny boarding pass error