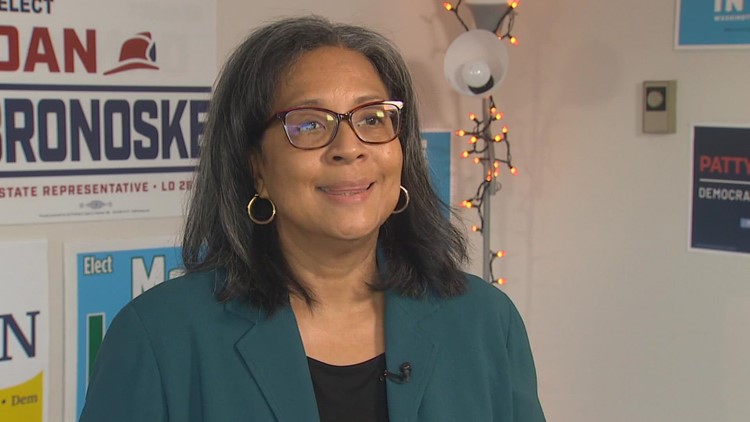 OLYMPIA, Wash – Keith Swank joined the United States Army upon graduating from high school and later joined the Seattle Police Department. After 32 years of law enforcement career, Swank wants to do his duty to Washington, DC

Swank also said he would work to reduce inflation and gas prices.

“We need to get back to energy independence here because that’s what’s driving all of our inflation,” Swank said. “That and the government spending and printing money.”

Strickland, who in 2020 becomes the first African-American representative from Washington state, said the federal government should not be blamed for rising gas prices or higher grocery prices.

She says she takes pride in her work to try and reduce costs for Americans.

“We passed the CHIPS Act to bring manufacturing jobs home. We passed an infrastructure bill to create good jobs here. We passed the Inflation Reduction Act to reduce the cost of prescription drugs and insulin,” said Strickland.

As for border security, Strickland said there’s another way to tackle the nation’s drug and crime problem.

“People who are addicted to drugs or alcohol, let’s treat them, make sure we can find the root cause of it,” Strickland said. drugs come to our country, but that alone is not why people are addicted. “

A Debt-Ceiling Breach Would Be Disastrous