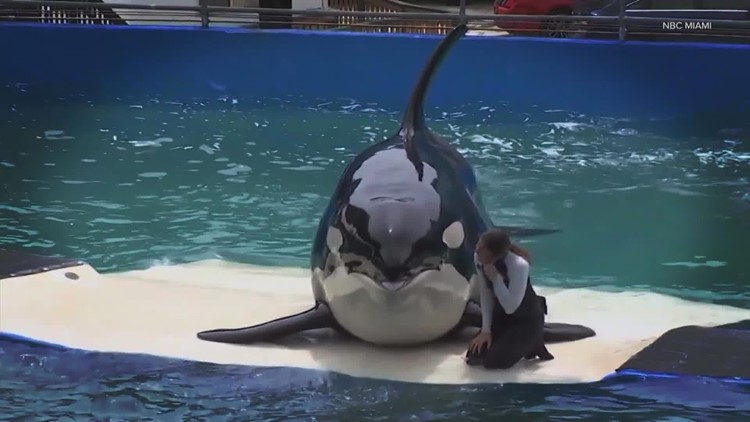 Tokitae, also known as Lolita, has lived in captivity at the Miami Aquarium for the past 52 years.

MIAMI – Ongoing medical issues could hamper efforts to return an Orca captured and sold to an aquarium in Florida, back to its home state of Washington.

Tokitae, also known as Lolita, has lived in captivity at the Miami Aquarium for the past 52 years. Tokitae was one of the last surviving orcas captured in Washington during the 1960s and 1970s.

In recent years, supporters, including members of the Lummi Tribe, have fought to get her back in Washington.

According to an independent veterinary report, Tokitae continued to battle the unspecified chronic infection while showing signs of discomfort. While on antibiotics, Tokitae was active, engaged with the trainers and maintained an appetite. However, her appetite and activity levels decreased, according to the report.

The report published on September 30 said that near the end of the month Tokitae “experienced a period of anorexia and inactivity.”

However, supporters have reason to be hopeful.

Earlier this year, the Miami Aquarium was purchased by The Dolphin Company.

According to the elders of the Lummi Tribe, the Orca are sacred, considered family, or “relatives under the waves”.

In August, Morris was one of two Lummi elders granted unprecedented access to Tokitae. They perform traditional Lummi songs and prayers without permission for videos or pictures.

They said her reaction was unmistakable.

“When I started babbling and talking to her…she started [moving back and forth] with the song,” Morris said. “Then, when the song ended, she would look at us like, ‘I want another one.'”

Tokitae’s story has attracted attention and support from all over the world. To meet her demand for health information and release, Morris and other advocates recently launched a weekly show on YouTube called TokiTV.

“We all want her to be okay, we all want her home. We want to hear that she’s coming home. We are ready. She’s not,” said Annette Martinez, a TokiTV regular.

Gisele Bundchen Net Worth 2022: Tom Brady Divorce, What She Could Make

Powerball jackpot: How much is the record prize for Saturday?