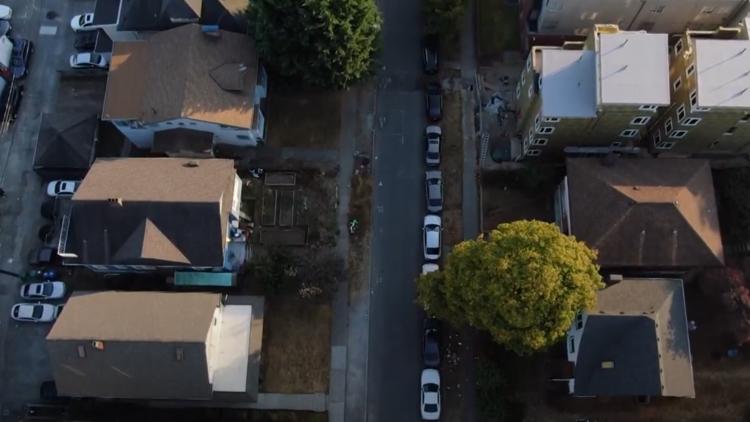 UW students became concerned after it was discovered that Level 2 and Level 3 sex offenders living near campus, who were at higher risk of recidivism.

SEATTLE – After the University District in Seattle saw an increase in crime, some of the remaining students wondered if anyone else lived near them.

A man allegedly broke into the home of a University of Washington (UW) student and assaulted her early Sunday morning. The police are still looking for him.

Maddy Jenson, a UW student, said: “It was really scary because it was just a block away from us.

Last week, another Seattle man was arrested for the brutal murder of an indigenous woman. Court documents show he lived on the same street as Sunday’s break-in.

After the recent crimes, a student decided to learn more about the people living in the area.

There are 10 registered sex offenders living on the 4700 block of 18 Ave NE, according to the National Sex Offenders Public Website.

The man accused of murdering Mavis Nelson is not one of them.

The streets were crowded with university students and Greek houses.

“They can easily find their way in and just be so close to home that I even want to go out tonight and you’re looking over your shoulder to go to class because you never know,” Jenson said.

Even though it’s close to a university, most sex offenders are free to live where they want.

Captain Tim Meyer told the King County Sheriff’s Office (KCSO): “I don’t know of anything in our law, Washington’s revised code or any city or county status that forbids it. .

The sheriff’s office says there are cases of sex offenders living in the same home or area.

Records show that most offenders living on the 4700 block of NE 18th Avenue are Level 2 or Level 3, meaning they are at risk of recidivism.

Unused level 2 and 3 offenders are required to visit the sheriff’s office weekly. Prisoners at home are less likely to have such checks.

“If you are a Level 1 sex offender, you will go to the sheriff’s office at least once a year, Level 2 will be checked every six months, Level 3 will be done quarterly by a of our committee members,” Meyer said.

According to the Department of Corrections (DOC), the two offenders were approved to live on the street through court-ordered supervision.

The DOC said it would approve an address that ensures they are not detained in violation of the conditions ordered or imposed by the DOC or placed somewhere at risk of recidivism.

The DOC requires supervised individuals to report to the department at least once a month but up to three times or more a month depending on their assessed risk.

The DOC said it has no information about previous problems with UW students on that street.

“I understand everyone’s frustration and your concerns,” Meyer said.

A spokesperson for UW released a statement that read:

“Under state law, sex offenders who are meeting pardon or parole terms can reside where they choose, as long as they register. The University of Washington is aware that there are registered sex offenders living in the areas around the Seattle campus, and we understand this can cause concern in the community. UW has no authority or ability to limit their distance from campus. Anyone who perceives a threat or is in an emergency should call 911 immediately.”

KCSO is encouraging people to stay vigilant and check its sex offender registry to keep an eye out for those living nearby.

Seattle Police added patrols focused on the U District from Wednesday through Sunday.

“It makes you feel better if something happens, they’re so close and you can run to help because there’s a lot of times you’re going to go out at night and there’s no one on the street. and that’s when it gets really scary,” says Jenson.

https://www.king5.com/article/news/local/seattle/uw-students-concern-level-2-3-sex-offenders-living-near-campus/281-7938dbc6-4ce7-4790-b3d2-138a7a262a50 Requirements for sex offenders living in Seattle’s U District

Savannah Marshall prepares for biggest fight of career against Claressa Shields, but then what?

Is Prince Harry’s Book Coming Out? A Royal Expert Weighs In

Stocking up before the storm: How Washingtonians are preparing for potential snow