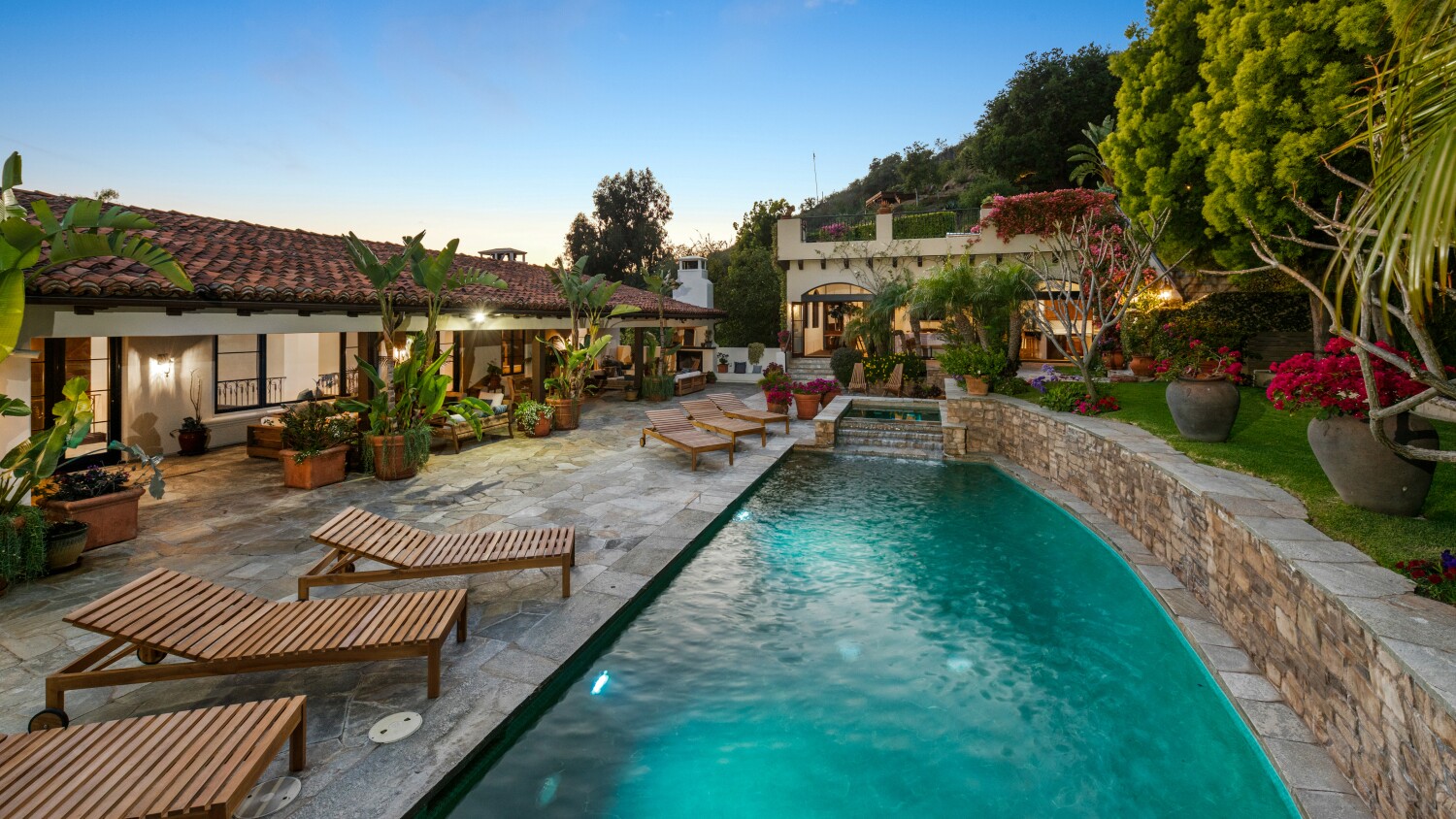 Milla Jovovich, who was at one time the highest-paid model in the world, just got a little rich when she sold her Beverly Hills home for $13.4 million.

One could call it the house that “Resident Evil” built. Jovovich, who starred in all six seasons of the action-horror series, owns the house with her husband, Paul W.S. Anderson, who served as director and producer on the series. They bought the property for $8.5 million in 2007, records show.

The complex includes multiple structures incorporating seven bedrooms and 9.5 bathrooms across an area of ​​11,000 square feet. There’s a Mediterranean-style main house, two-bedroom guesthouse, cabanas and gym around a tree-lined backyard with a pool and spa.

A stone entryway leads to the ivy and stucco exterior, opening up to a large space marked by dark hardwood and light tiled floors. Highlights include a two-story living room with floor-to-ceiling fireplace, chandelier-lit dining area, kitchen with an oversized island, office and cinema.

Born in Ukraine, Jovovich is a model, musician and actress best known as the star of the “Resident Evil” series. Her other credits include “Zoolander”, “The Fifth Element” and “The Messenger: The Story of Joan of Arc”.

Anderson is a writer, producer, and director with 18 films over the past three decades, including “Mortal Kombat,” “Alien vs. Predator” and “Monster Hunter” in 2020, starring Jovovich.