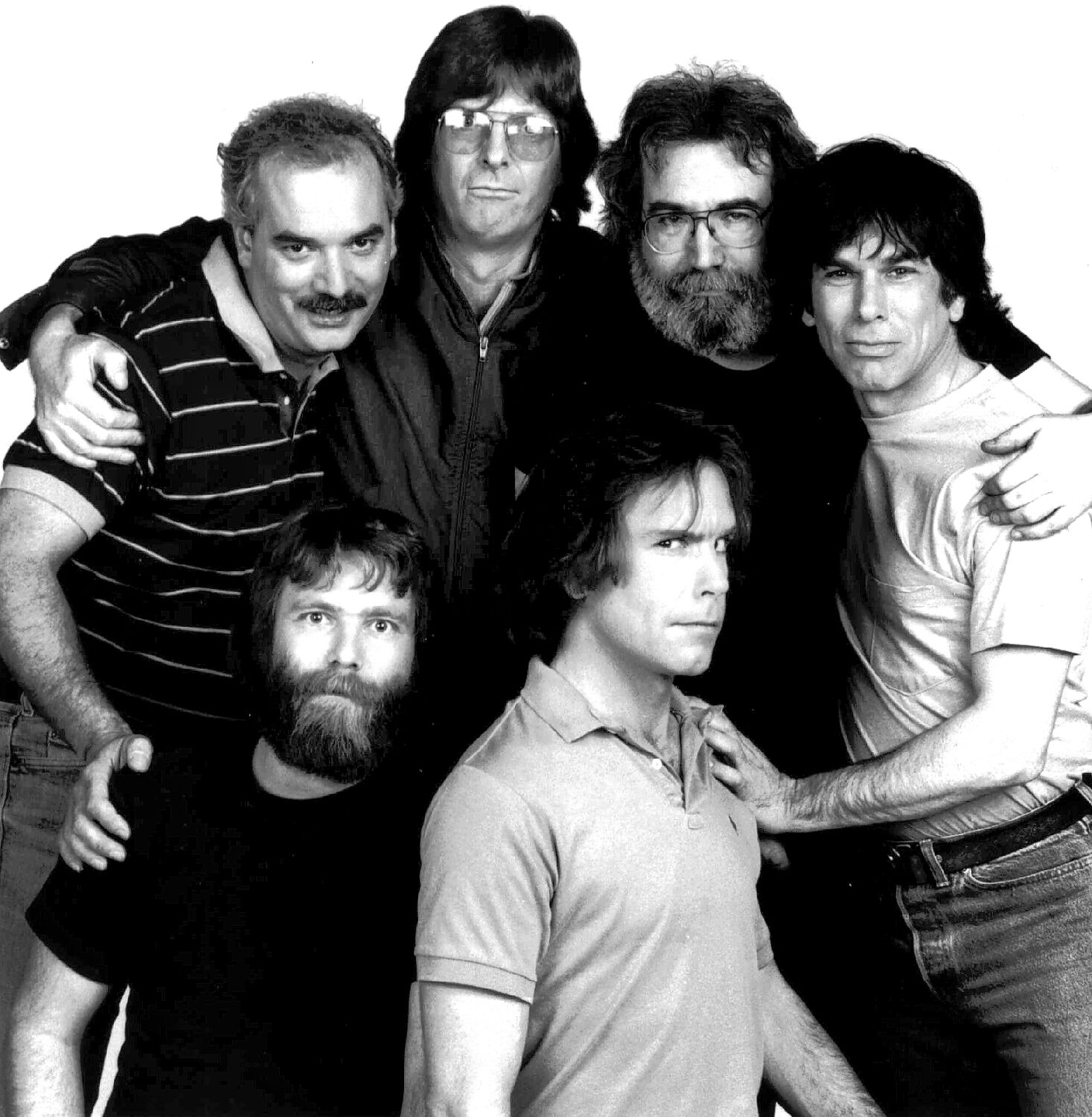 When I first heard the Grateful Dead’s seminal live album, 1969’s Live/Dead, I heard little but cacophonous jams, the sonic equivalent of bad acidity. Sure, I liked ear candy like “Sugar Magnolia” and “Casey Jones,” but I couldn’t really understand the band or the iconic devotion of their fans. Then I saw them live.

When I walked into the Swing Auditorium in San Bernardino in late 1980, I was immediately stuck in the crowd, a sea of ​​tie-dye and long hair, with women topped with flower garlands twirling and men swaying back and forth as if they were plugged into a socket invisible electric current. A phalanx of Hells Angels in leather jackets nodded in unison. A cloud of marijuana enveloped the arena. I felt like the only straight in a love-in in the 1960s.

Slowly I felt my way into lead guitarist Jerry Garcia’s inventive melodies, rock-solid rhythm section and transcendent improvisations, a heady mix of country, rock, psychedelia, jazz, bluegrass and blues that swayed wildly and freely. Add in the expressive vocals of Garcia and rhythm guitarist Bob Weir, and musical magic is guaranteed. At the end of the concert I had danced with the dead.

Mark A. Rodriguez’s new book, After All Is Said and Done: Taping the Grateful Dead 1965-1995, works similarly.

Rodriguez, an artist who built sculptures from footage of Dead shows, gives readers a kaleidoscopic look at the band’s famous tapers. He thoroughly examines their obsessive quest for the lost chord and how they have contributed to several cottage industries that have sprung up alongside the dead, from fanzines that published set lists to tape swap sites to entrepreneurs making cassette covers depicting dancing bears, Ice Cream, churning out Kid and lots of skulls and roses.

Rodriguez tells his compelling story through topical interviews with members of the inner circle of the dead, such as former band publicist Dennis McNally and legendary musicians Jim and Doug Oade; old press clippings; group meeting minutes; and various ephemera-like images of the band and hundreds of colorful cassette covers, beginning with the Dead’s February 25, 1966 performance at LA’s Ivar Theater and ending with their July 9, 1995 show at Chicago’s Soldier Field, the last show of the Dead with Garcia.

Like my introduction about the dead, “After All Is Said And Done” made a tepid first impression. Despite the huge tome’s gorgeous cover art and stunning graphics, it doesn’t feature recent interviews with any band members. No short bios of the many insiders interviewed. No lists of The Dead absolute shows. I also found the size of the book – shaped like an LP or a tape box – to be off-putting. Is it a coffee table book? A scrapbook? WTH?

Then I dug in. By the end of this uplifting and compelling book, I felt as if I had fallen through a time portal and reentered the dead world of bygone times. With apologies to the Phish fans, no group has ever been mythologized, idolized and remembered like the dead. The tapers were there to capture everything.

Old lore says that the band not only tolerated Taper, but welcomed them. Garcia, Captain Trips himself, famously said in a 1989 interview, “When I’m done with that [the music]It’s theirs.” As Rodriguez recounts, the group’s relationship with the Tape Brigade was far more complex.

Tapers emerged on the scene in the 1960s, and their numbers grew in tandem with the band’s popularity throughout the ’70s. Faced with tight security, particularly on the East Coast, they devised sophisticated methods of sneaking their gear into shows, including hiding gear under women’s clothing.

Record companies hated tapers because they falsely feared they would hurt record sales. In fact, their fake recordings turned numerous listeners into deadheads. The Tapers themselves, said Dan Healy, the Dead’s legendary sound engineer, in a 2008 interview, are among the band’s most reliable customers. “People who love you so much they come to take you in, they’re the first in line to buy your records when they come out,” he said.

But the fans and the group became increasingly suspicious. Tapers would sometimes become aggressive when people around them were talking and admonishing them to remain calm. They and their gear—a sea of ​​microphones and recording gear—often blocked the view of the stage for concertgoers and even sound engineers. The dead had a problem.

As Rodriguez reports, they found the perfect solution. In 1984 the band created a Taper section behind the soundboard. Seats that would otherwise have remained unsold due to poor visibility were coveted – and brought the band a little something extra. The Dead even created special tickets for tapers to purchase through the group’s shipping ticket office.

“Throughout the show, their little lights danced in unison with the rest of the fans, and then, when the treasure was captured, it was all neatly packed away and carried away to join the recorded documents of previous trips,” Trixie Garcia, Jerry Garcia’s daughter, writes in the foreword of the book. “Tapes would be shared and worlds would be expanded, minds opened by the gift of the celebrations captured on cassette.”

If you purchase books linked from our site, The Times may receive a commission from Bookshop.org, whose fees support independent bookstores.