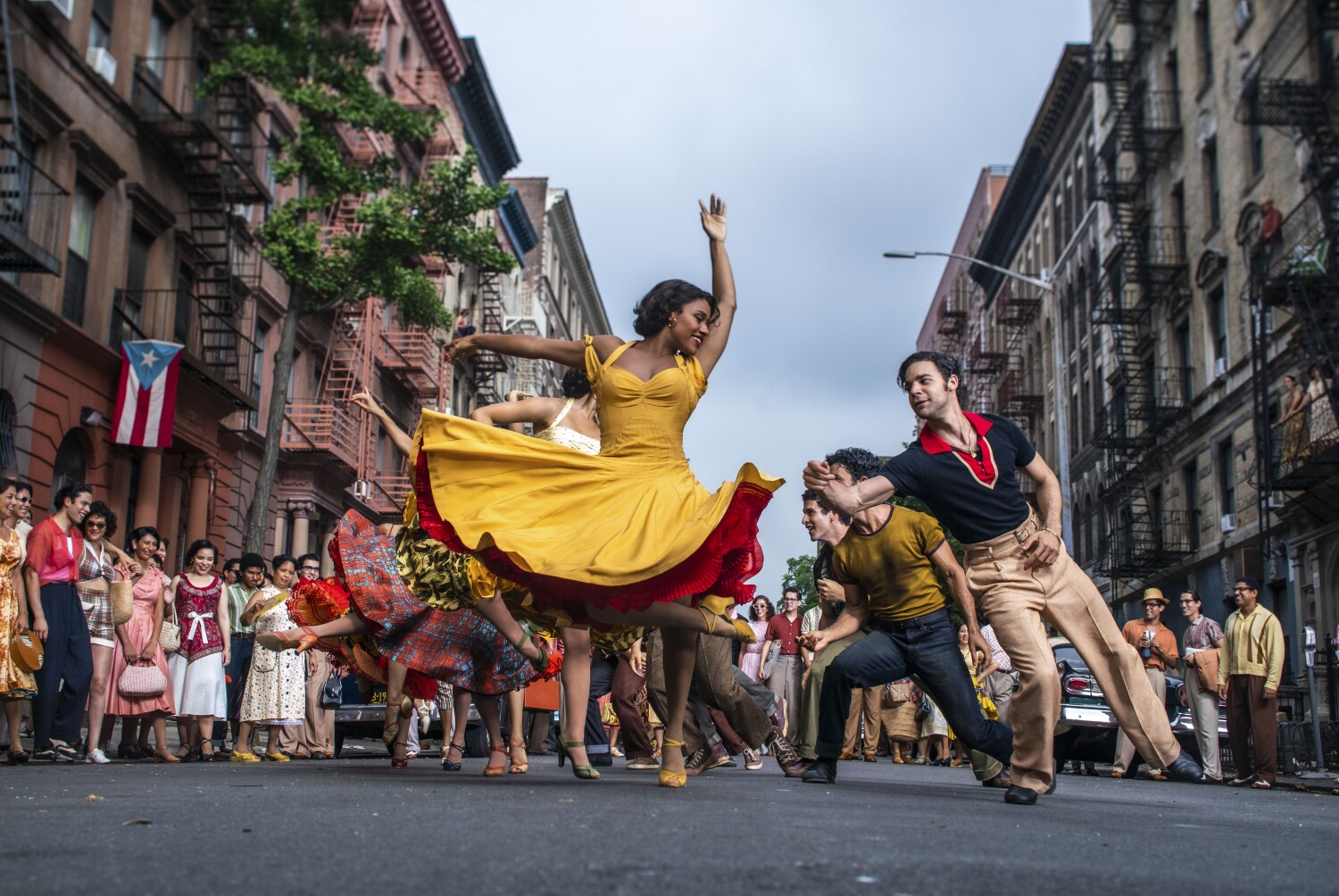 Steven Spielberg’s 2021 film version of West Side Story didn’t win everyone over, but it received its fair share of critical raves and multiple nominations (though few actual wins) from all institutions attending the awards show. If there was an Oscar for best choreography on screen, Justin Peck would have gotten away with it in a heartbeat.

The most common complaint about the film was that no matter how technically masterful Spielberg’s filmmaking is, there was simply no need for it. It updated the beloved (and overrated) original 1961 film West Side Story without replacing it. Musically, the newer film excels primarily in Gustavo Dudamel’s conducting and David Newman’s orchestral arrangement, which suits Bernstein’s Broadway score more closely than the elaborate one not made by Bernstein for the original film without the composer’s involvement. Still, it was hard to tell what was the case with the overly aggressive sound engineering and typically ghastly audio playback in most theaters.

Shut your ears to the loud, screeching highs, the overwhelming vocal presence of mediocre singers, the bass meant only to show off subwoofers, and the man-made surround sound effects meant to artificially tweak Dolby’s to demonstrate intelligent atmos, and maybe there’s an acceptable film somewhere below that.

On Tuesday night, the Los Angeles Philharmonic began its Hollywood Bowl season, which celebrates the 100th anniversary of the orchestra’s concert opening this venue. We like to think of the Bowl as the soul of LA summer, so why not recreate the soul of Spielberg’s West Side Story?

Dudamel and the LA Phil, which shares soundtrack duties with the New York Philharmonic, performed live at a screening. The film came to life. It had a reason for being. But beware: This cinema butterfly is short-lived. There is only one performance left, on Thursday.

The Bowl was very good for West Side Story. In 1982, Bernstein conducted the LA Phil in an unparalleled ravishing performance of West Side Story: Symphonic Dances and recorded it with the orchestra that summer. Peerless, that is, until 2007, when Michael Tilson Thomas met his mentor on the rapture scale in a profoundly probing performance of rarely examined music.

Four years later, The Bowl celebrated the 50th anniversary of the 1961 film by showing it with the orchestral score, played live and conducted by Newman. It was such a riveting success that it has been performed dozens of times around the world. Six years ago, Dudamel conducted a concert performance of the complete “West Side Story” at the Bowl with an exciting young Broadway cast in a performance that brought a surprisingly fresh feel to the legendary Broadway show.

From where I was seated on Tuesday, I had a view of 11, count them, screens. A large one above the stage, which was of little use for the first hour before it got completely dark outside (a bright full moon also kept the amphitheater company). Two smaller video screens on either side of the stage are bright enough to be seen in daylight. Then there were the small screens in front of the pool boxes; the supposedly best seats in the house do not have a view of the big screen. The large orchestra, which included a jazz ensemble, was dimly but visibly illuminated with blue light.

“West Side Story in Concert,” as the evening was advertised, meant just that: live performance, not going to the cinema.

In the cinema, the best surround effect is at the very beginning. We hear the jets before we see them, their whistles can be heard everywhere. It’s an amazing way to draw an audience and couldn’t be duplicated at the Bowl, where the sound is stereo. But the big benefit of the Bowl’s smaller soundstage is that your attention is focused on the orchestra.

Initially, the bowl gain was closer to cinema volume than ideal, but either the ears adjusted (never well) or the volume was turned down. The sound effects are what they are. However, the singers on the soundtrack were not distorted, not amplified to the point where any of their vocal weaknesses were exaggerated. I didn’t like a singer in the theater, but I didn’t like a singer in the bowl. Rita Moreno’s “Somewhere,” so elusive on the audio track, became moving here.

What worked primarily, however, was the sheer spirit and vitality that Dudamel brought to the performance. His ability to make the performance seem like the film would follow himnot the other way around, was unique in my experience.

Of course, that’s how the film was shot since Dudamel was conducting the soundtrack. But the effect was that Peck’s dances almost jumped off the screen. One of the film’s weaknesses is overly cautious singers, and that remains. But on-screen characters don’t dominate in this environment the way they do in the theater or on your home screen. You are part of a larger whole. They leave room for the viewer’s imagination.

What dominated was a scintillating orchestra, particularly in the dance sequences, and the story sounded as it should. Yes, the outside world has found its way. Wouldn’t you know, during the rumble scene when the police arrived, a police helicopter could be heard south of the Bowl circling what appeared to be a Hollywood crime scene. Everyone hates helicopters over the bowl. It was cool this time.

There is another performance on Thursday. May I recommend it to the administrators of the Academy Museum of Motion Pictures and their music and dance poor museum. You might learn something.

“West Side Story in Concert”

https://www.latimes.com/entertainment-arts/story/2022-07-13/review-west-side-story-la-phil-hollywood-bowl Review: ‘West Side Story’ gets a vital upgrade at the Hollywood Bowl

Britney Spears reflects on sons leaving: ‘They were my joy’

How to Use Stock Footage More Effectively in Your Projects