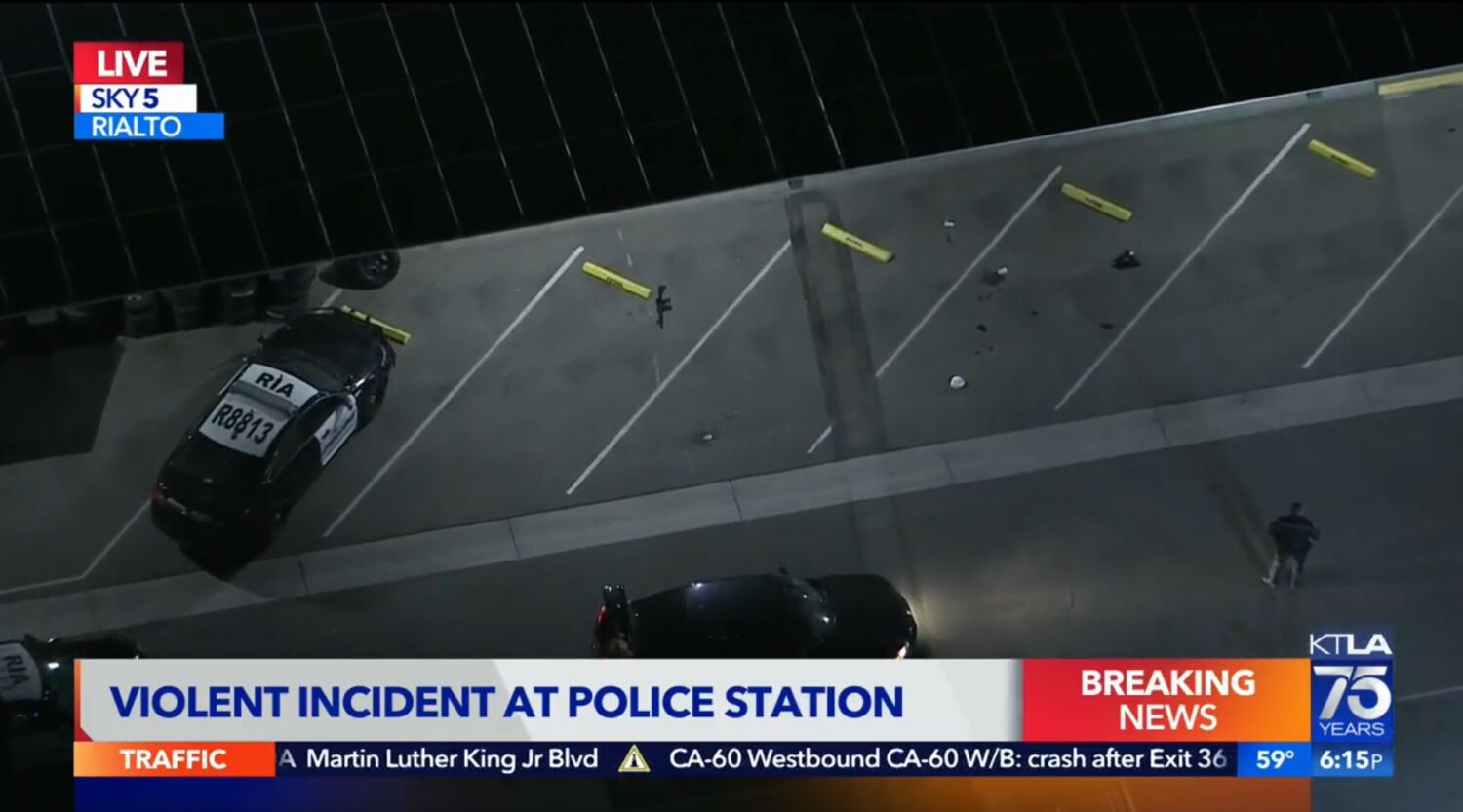 A Rialto police officer shot dead and injured a man in the police station parking lot Monday night after the man followed the officer and drew a rifle, department officials said.

Just before 4:30 p.m. at the station on N. Willow Ave. 128, a police officer driving a marked vehicle into the parking lot was followed by a black Dodge Charger, officials said.

The officer was parked near the train station and began speaking to a civilian employee as the Charger driver exited his vehicle with an “AR-15 style gun,” police said.

The man ran to the window on the driver’s side of the officer’s vehicle and pointed the gun at the officer, officials said.

As the officer tracked the man back to his vehicle, the man allegedly turned and aimed his rifle at the officer again.

The officer then fired several shots, hitting the man.

Other officers came from the station and took the man into custody. He was transported to a hospital and was stable as of Monday night.

No officers were injured, and police did not disclose a motive for the man.

The names of the man and the officer who opened fire have not been released.

The incident is currently under investigation by the San Bernardino County Sheriff’s Department. As a result, no information about the suspected gun — including whether it was real or a replica — is available, Rialto police officials said. The item was not touched by officers after the shooting to preserve the integrity of the crime scene, officials said.

KTLA-TV Channel 5 video showed what appeared to be a gun lying in the station parking lot.

The incident was captured on surveillance footage released to the media Monday night.