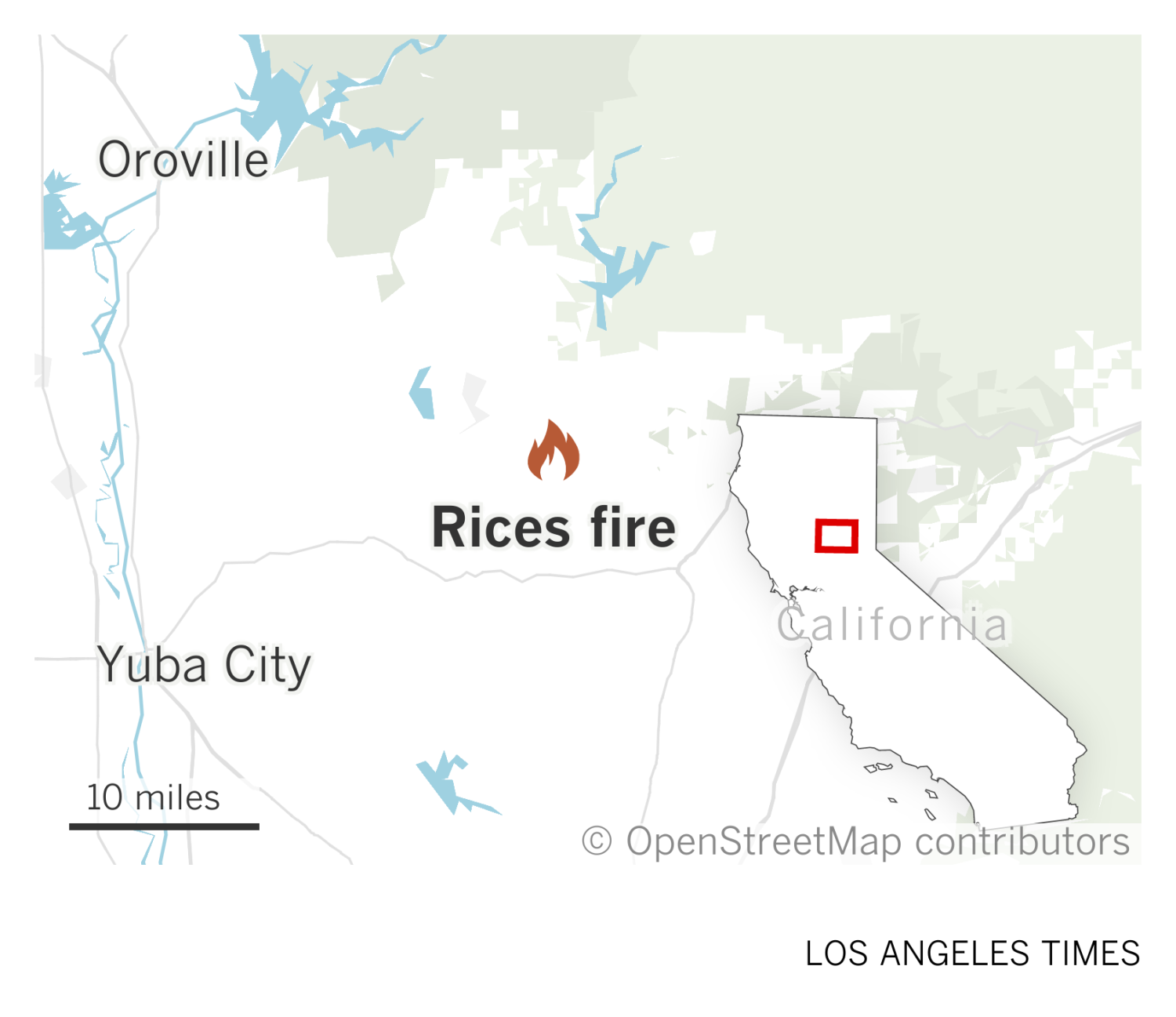 A bushfire that broke out in remote Nevada County in northern California on Tuesday afternoon prompted evacuation orders, officials said.

The rice fire grew to about 350 acres as of 4 p.m., according to the California Department of Forestry and Fire Protection. It burned near Bridgeport.

One structure is known to have been fully involved, Cal Fire said.

The fire burned into vegetation at a moderate rate of spread and officials requested further assistance, including an additional air tanker.

Four zones had mandatory evacuation orders, including the general area north of Bridgeport’s Pleasant Valley Road, east of Birchville Road, and up to the Yuba County line, according to the Nevada County Sheriff’s Office.

Adjacent zones were under evacuation warnings, the sheriff’s office said.

For a detailed map of areas covered by evacuation orders and warnings, see readynevadacounty.org/dashboard.

A temporary evacuation point is open at the Madelyn Helling Library, 980 Helling Way in Nevada City, according to the Nevada County Office of Emergency Services.

Residents of neighboring Yuba County in areas north of Marysville Road, Troost Trail, Fairhaven Drive, Lake Francis Road and south and east of Marysville Road have been placed under an evacuation notice and urged to be on guard as conditions change, they said Officer.