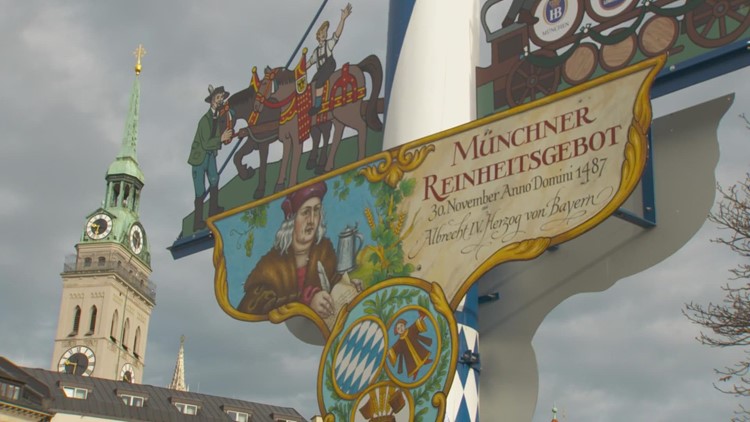 In his travel and audio book series, Rick Steves has described Munich as one of the most livable cities in the world.

MUNICH, Germany — Before you travel abroad, the best thing to do is stop by Edmonds businessman and world-renowned travel expert Rick Steves.

In his travel and audio book series, Steves named Munich one of the most livable cities in the world. And he’s helping KING 5s Jake Whittenberg prepare for his trip to Germany with the Seahawks.

“You have to remember that Munich is just a part of Germany today,” said Steves. “But for 600 years it was the capital of a country called Bavaria. Do your sightseeing as if you were visiting a proud independent country called Munich.”

Whittenberg asked Steves about the attitude it takes to visit Munich.

“You have a word that is unique to this culture,” Steves said. “It’s called comfort. What comes closest to us is a “cozy conviviality”. Just dive in and enjoy life.”

Steves has been touring Europe for 40 years, expanding the American perspective. His perspective is one that travelers around the world turn to before embarking on a journey.

“For an ethnocentric country like ours, culture shock is a good thing,” Steves said. “It’s the growing pains of an expanding perspective. When we travel, we can better understand people who see things differently than we do. And we can see that we all face the same challenges. And it’s okay to share.”