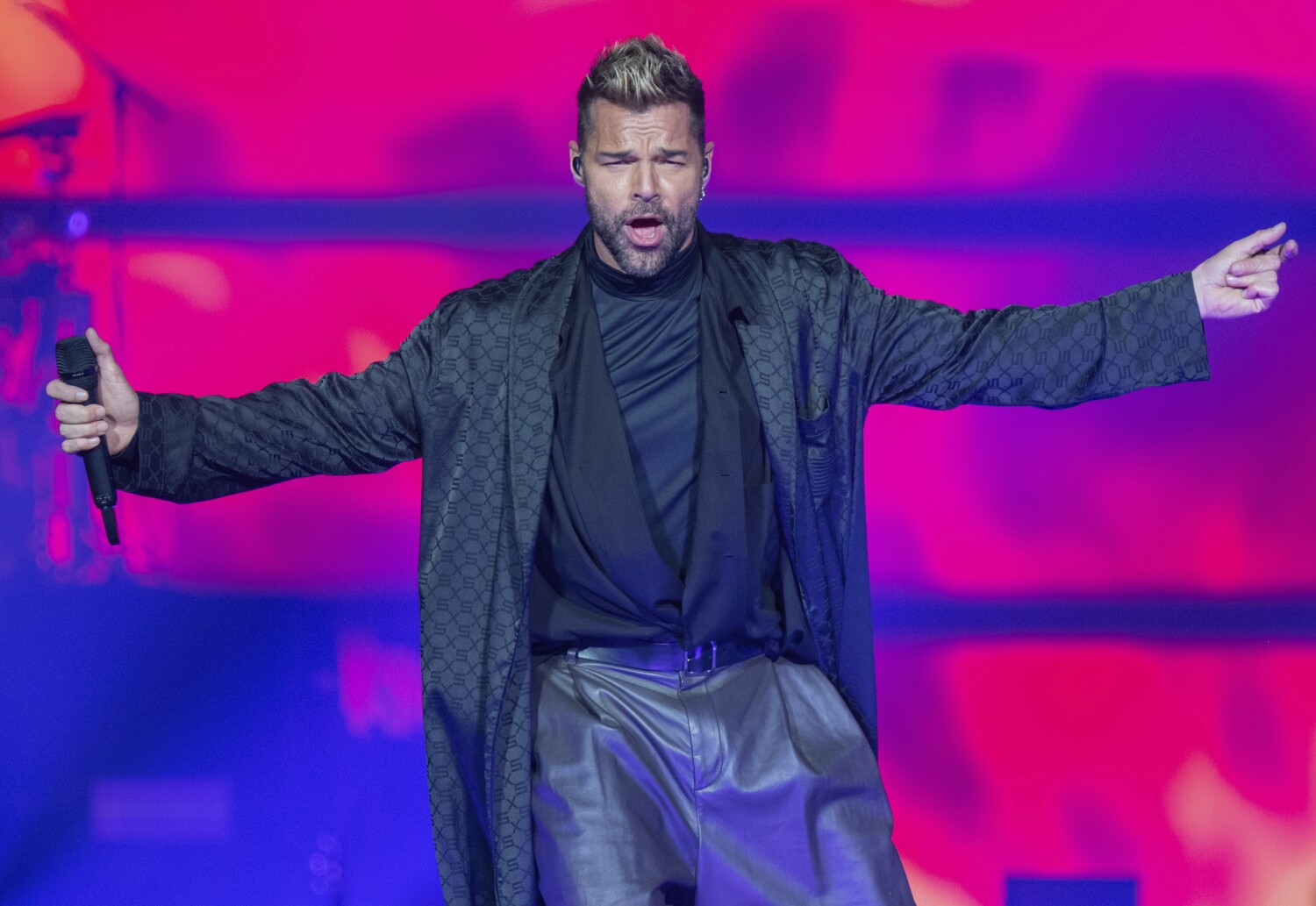 Ricky Martin will still play back-to-back shows at the Hollywood Bowl this weekend despite domestic violence allegations made by his 21-year-old nephew.

After Martin’s attorney denied “any kind of sexual or romantic relationship” between the entertainer and his nephew, the “Livin’ La Vida Loca” hitmaker is set to make his Hollywood Bowl debut alongside the Los Angeles Philharmonic on Friday and Saturday.

The concert, conducted by LA Phil’s Gustavo Dudamel, is touted by the Hollywood Bowl website as “a heady night of ‘Livin’ La Vida Loca’ and many other international hits with the King of Latin Pop!”. Tickets for the event are still available and range from $15 to $157.

When asked by The Times if Martin plans to perform at the iconic venue this weekend, a publicist for the musician replied in an email: “Absolutely.” A representative for the LA Phil also confirmed Monday that the shows will go ahead.

Martin, 50, was embroiled in a controversy last week that arose out of a restraining order issued against him under Puerto Rico’s Domestic Violence Act. Although the name of Martin’s accuser was not initially released, the performer’s brother later identified the petitioner as Martin’s nephew, according to Spanish news agency Marca.

Prior to filing the injunction, the petitioner reportedly dated Martin for seven months. According to Puerto Rican newspaper El Vocero, the complaint alleges that Martin and the petitioner had recently broken up, but that Martin did not want to end the relationship and was repeatedly seen loitering near the petitioner’s home. The legal document also notes that “the petitioner fears for his safety”.

Earlier this month, the ‘American Crime Story’ actor released a statement on social media, in which he denied the “completely false allegations” set out in the restraining order and vowed “to uphold the facts and dignity at the trial.” answers that distinguish me”.

Martin hasn’t addressed the situation further on social media, where he’s been busy promoting his new EP Play, which is out this month. His nephew has also not commented publicly on the case.

Last week, a lawyer for Martin claimed that “the person who made this claim struggles with deep mental health issues” and vehemently quashed rumors of an incestuous relationship between the recording artist and his nephew.

“The idea is not only wrong, it’s disgusting,” Martin’s attorney, Marty Singer, said in a statement. “We all hope this man gets the help he so desperately needs. But most of all, we look forward to seeing this horrific case dismissed once a judge sees the facts.”

A judge will decide at an upcoming hearing whether to lift or uphold the restraining order against Martin, who has been married to concept artist Jwan Yosef since 2017. According to TMZ, Martin is scheduled to appear in court on Thursday — the day before his first show at the Hollywood Bowl.