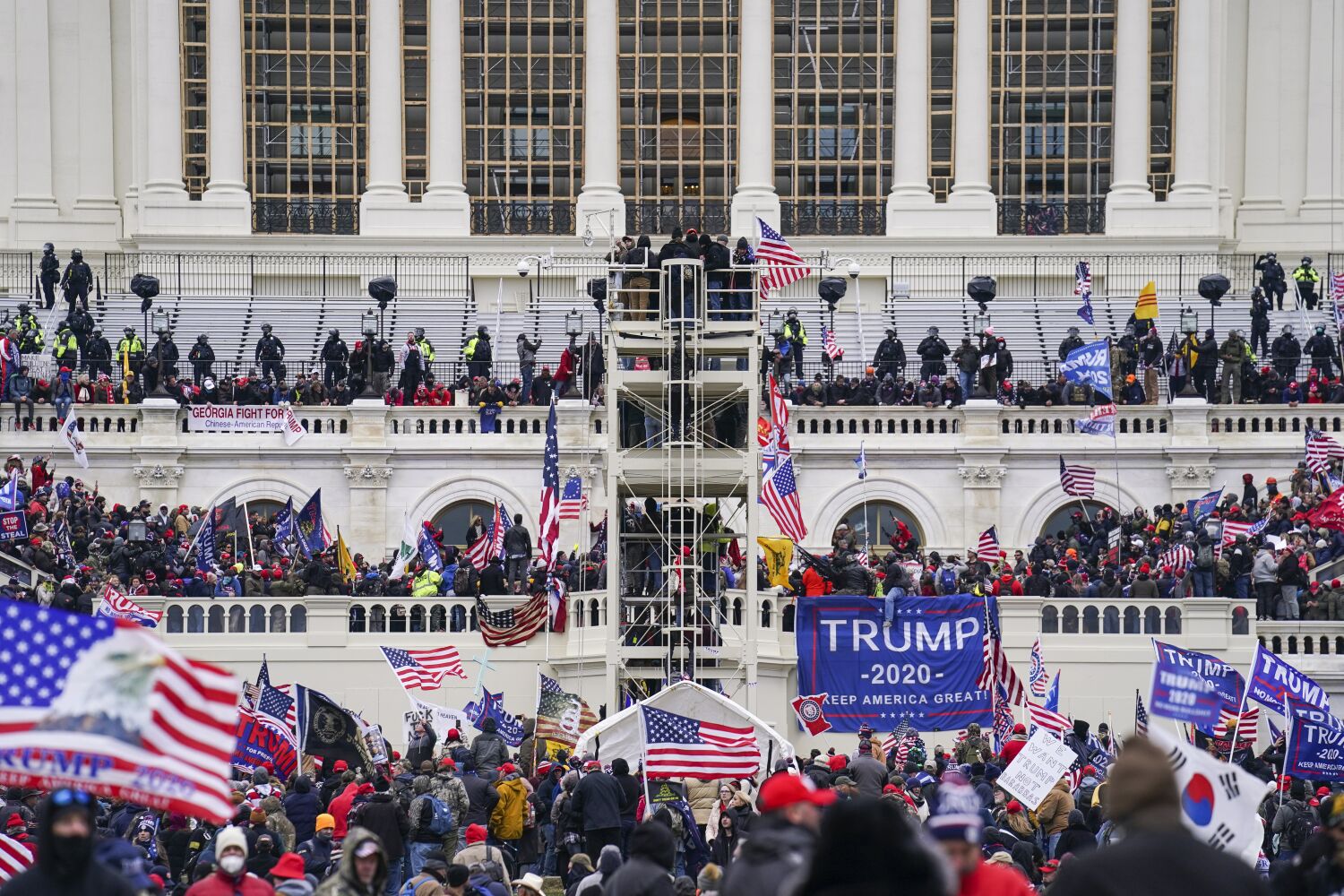 Five leaders of the Oath Keepers, a right-wing militia that played a leading role in the January 6, 2021, storming of the Capitol, were tried in Washington last week.

The defendants, including Stewart Rhodes, the Yale-trained attorney who founded the group, were charged with “seditious conspiracy”: They plotted to violently attack the federal government to prevent Congress from confirming the 2020 presidential election.

Prosecutors said Rhodes and others planned the attack on the Capitol and ordered their troops to bring “zombie-killer tomahawks” and other weapons and stockpiled weapons to hotels should the battle escalate.

“We can’t get through this without civil war,” Rhodes told his supporters via text message, according to the indictment.

The trial, the first of several planned insurgency ringleaders, is at stake.

It is the most high-profile indictment yet in the Justice Department’s massive Jan. 6 trawl.

It’s a rare use of “seditious conspiracy,” the US equivalent of a domestic terrorism statute, a charge dating back to the Civil War. The accused are not accused of having committed acts of violence, but of having organized the task force.

And it may have crippled the Oath Keepers, a 13-year-old militia composed largely of military veterans and law enforcement officials who billed themselves as the armed vanguard of the militant right.

“As an organization, the Oath Keepers lost a lot of power because of this,” said Jon Lewis, a terrorism scholar at George Washington University. “Members have distanced themselves from the leadership. Your brand has become toxic.”

But prosecutors have left no discernible dent in the larger phenomenon of far-right, an ecosystem that includes white supremacists, anti-government militants and many (but by no means all) of former President Trump’s supporters.

For example, the Proud Boys, another militia whose leader Enrique Tarrio and four lieutenants are due to appear in court on similar charges in December. The Proud Boys are not shrinking; they seem to be expanding.

“Their leadership has been decimated, but we’ve seen increased activity at the local level,” Oren Segal of the Anti-Defamation League told me. “They are constantly adding new chapters … and their agenda has diversified; They show up at school board meetings and campaign on LGBTQ issues.”

The militant right survived January 6 in other forms as well.

“It’s a mistake to focus on the militias,” said Robert Pape of the University of Chicago, who researched the Jan. 6 rioters.

“Almost 90% of the January 6 defendants were not militia officers,” he said. “What made January 6th possible wasn’t Oath Keepers or Proud Boys. It was a larger movement that also includes many mainstream Trump supporters. … The militias are only the most visible part.”

Based on public opinion polls, about 18 million Americans believe violence is warranted to get Trump back in the White House, Pape estimates. Other polls have suggested even larger numbers.

Terrorism scholars say the far right survives not on the strength of its organizations but on a powerful narrative that appeals to millions of disaffected conservatives.

A key part of this narrative is the belief nurtured by Trump and his allies that the Democrats stole the 2020 election and will continue to use illegitimate means to prevent the Conservatives from winning.

Now add another phenomenon that scientists call “stochastic terrorism”: seemingly random attacks by lone fighters inspired by the testimonies of leaders like Trump.

“We have people with giant megaphones saying we need to do something to stop a corrupt FBI or Internal Revenue Service that’s about to send 87,000 armed agents into your homes,” Lewis said, referring to the Plan to hire a maximum of 87,000 IRS employees, none of whom will be law enforcement officers.

“Some people’s response to these messages isn’t, ‘I should vote.’ It’s ‘I should grab my gun and go to the nearest federal building.'”

If Republican leaders, including Trump, do not intend this to be the effect of their words, there is a simple remedy: They could denounce violence in all its forms — including the January 6 violence by Trump supporters.

All too often they don’t.

“It’s impossible for law enforcement to go after every right-wing extremist who posts news online who also owns a firearm,” Lewis said.

All of this means that this wave of violent right-wing extremism is far from over.

Before the 2020 presidential election, Trump was asked what his message was to the Proud Boys, who were already threatening violence at the time.

His answer was indulgent. “Step back and stay ready,” he said.

With congressional elections coming up next month and a presidential campaign coming up soon after, they’re ready again.

10 Best Shudder Original Movies to Watch This Halloween, According to IMDb

Girls' volleyball: Year of the Freshman arrives in City Section

Who won Mega Millions Friday? When will we know?