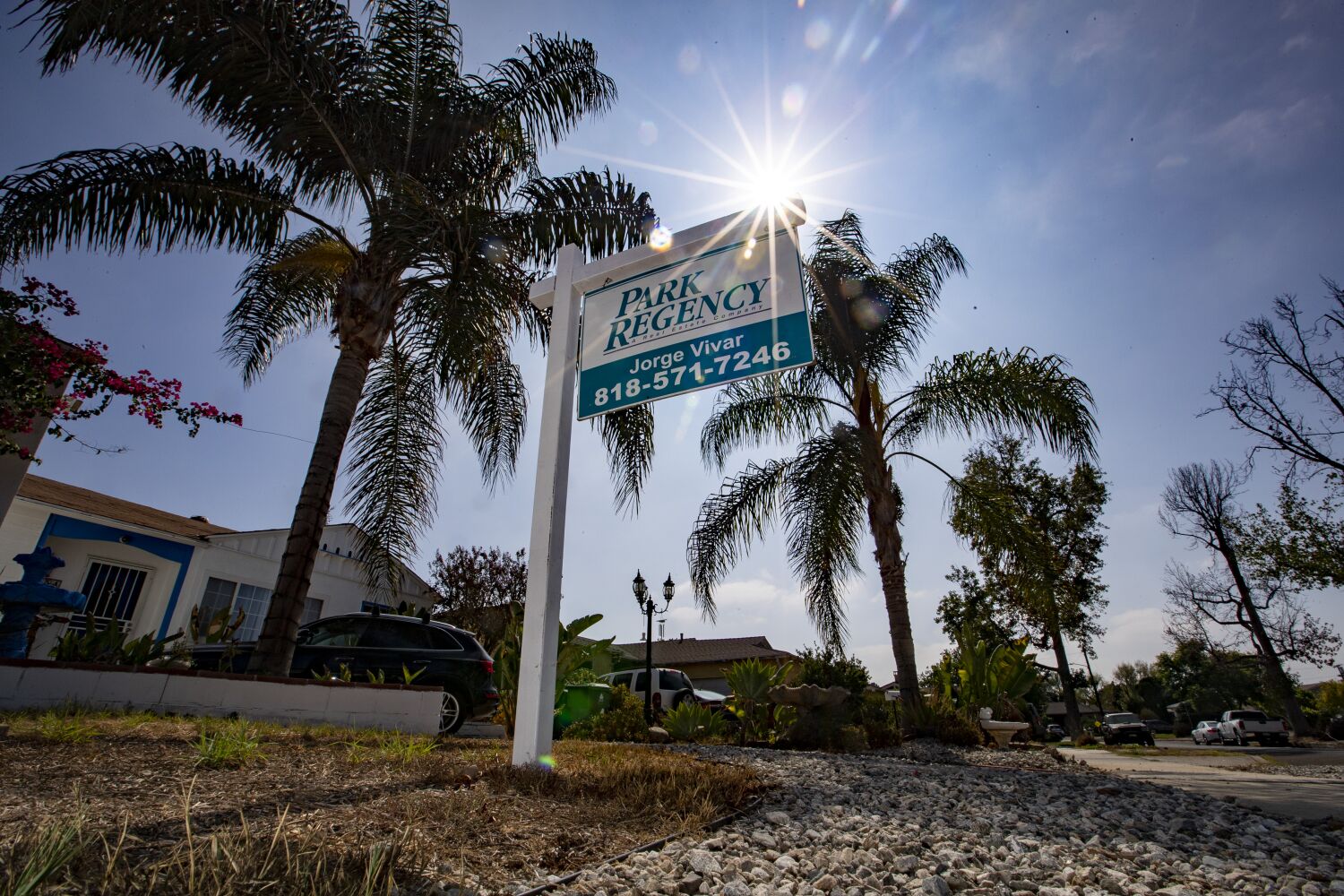 Home prices in Southern California for the first time in ten years are finally fall.

After 10 years of largely uninterrupted gains, property values ​​have turned negative as rising mortgage rates weighed on demand and sales.

The typical home price in Southern California is now nearly 6% below the all-time high it hit in May, according to data released by Zillow on Wednesday.

In September, the typical house price for the six-county region fell 0.6% from August to $817,316, marking the fourth straight month of prices falling from the previous month. That hasn’t happened since early 2012.

“This is a game changer,” said Nicole Bachaud, economist at Zillow.

Other measures of home prices, including data from mortgage servicer Black Knight and John Burns Real Estate Consulting, show similar or even larger declines from peak prices, providing further evidence that the recorded declines are not a data anomaly.

Few, if any, of the major real estate experts are predicting that Southern California home prices will fall the way they did during the Great Recession. But values ​​are falling in many corners of the country because economists say they have to.

For much of the pandemic, mortgage rates below 3% allowed buyers to bid new heights for housing. But inflation and the Federal Reserve’s actions to combat it have helped push interest rates up sharply, drastically reducing what people can afford.

According to mortgage buyer Freddie Mac, the average interest rate on a 30-year fixed-rate mortgage was 6.66% last week, more than double the rate a year earlier.

That’s too much for many buyers.

Christine and Morgan Blackledge decided to continue renting when they saw their options shrink from neat two-bedroom condos to tiny one-bedroom condos Units or fixer-uppers in the Los Angeles County and Ventura County neighborhoods where they were considering residing.

“It just wasn’t worth it anymore,” said Christine Blackledge. “We’re both in our 50s and kind of got past the starter home thing.”

It was a similar story for Elizabeth Badger, the Santa Monica renter, and her husband as they tried to get a condo with enough space in the expensive city for their two children and a dog.

“With the rise in interest rates, the monthly payment has just been beyond our capabilities,” said Badger, 37, who manages education software for school districts.

After all, price declines could help people like Badger buy a home.

But so far, rising mortgage rates mean that monthly payments for today’s lower-cost homes are still higher than the monthly payments if you bought a home at its peak, according to a Zillow analysis of Southern California counties, which estimates 20% down payments .

In individual counties, price declines range from a 3.6% drop in Ventura County to a 6.7% drop in Los Angeles County from the peak, according to Zillow.

Given the strong demand earlier this year, Zillow data shows that prices in all Southern California counties are still higher than last year. But a growing number of real estate analysts expect prices to continue falling into at least 2023.

According to a measurement by John Burns Real Estate Consulting, prices in LA County have already fallen by 3% since September 2021.

Rick Palacios Jr., research director at the consultancy, said one reason for larger declines in LA County could be the flagging stock market, which hurt luxury sales in the region’s rarer areas as people saw the money they were planning to make had their deposits disappear.

“Anybody looking at their investment portfolio lately probably needs a drink to sit down and look at it,” he said.

Palacios said some areas of the country that saw minimal price declines during the Great Recession may see prices fall further this time. But in hard-hit places like Southern California, he and other experts said such declines were unlikely.

That’s in large part because economists are forecasting that any upcoming recession will be milder than 2008. In the event of a recession, experts say tighter lending standards during this latest housing boom should limit foreclosures. It was a spate of such forced sales that last sent Southern California home prices skyrocketing, sending them down 41%, according to Zillow’s measure.

Many homeowners are currently choosing not to list their homes because they don’t want to sell for less than their neighbors or give up their rock-bottom fixed-rate mortgage.

This “sellers’ strike” will limit the number of homes on the market and prevent house prices from falling any further, experts say.

“The more they go up, the more house prices will go down,” Green said.

As interest rates climb towards 7%, some experts are updating their forecasts.

Palacios said that when rates were 5%, his Southern California firm expected prices to fall about 10%, peak to trough, but now the expected fall has roughly doubled.

While that’s not at the level of the Great Recession, “it’s nothing to scoff at,” he said said. “These will likely be the most significant price declines seen outside of maybe a few other cases in history.”

Rent your house as a film location: What it's like

Philadelphia reaches 400 homicides for the year