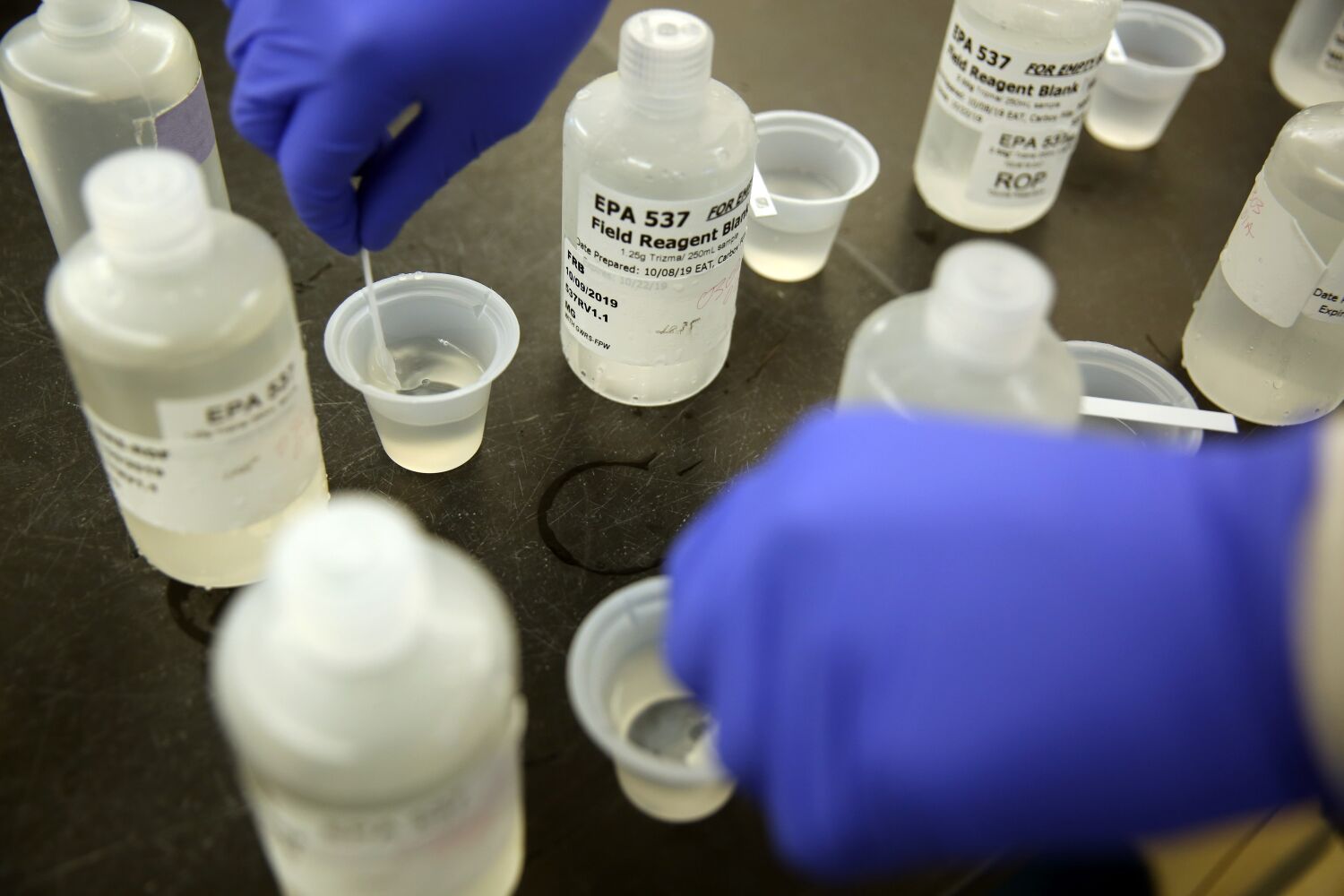 The state of California on Thursday sued the makers of a class of chemicals known as “Forever Chemicals,” found in a variety of consumer products, including food packaging and cookware, that have been linked to cancer and other diseases.

The chemicals at the heart of the lawsuit are perfluoroalkyl
and polyfluoroalkyl substances, commonly referred to as PFAS. They are resistant to environmental degradation, according to the Centers for Disease Control and Prevention, the Environmental Protection Agency, and hundreds of scientific studies. They were also found in the bloodstreams of 98% of people tested, as well as in wildlife, fish, water – including rivers, lakes and coastal waters – and soil.

“PFAS are as ubiquitous as they are harmful in California,” says Atty. General Rob Bonta said Thursday morning during a news conference in San Francisco. “The damage done by 3M, DuPont and other manufacturers of PFAS is nothing short of staggering, and without drastic action, California will deal with the damage from these toxic chemicals for generations to come.”

California joins a growing list of states and localities that have sued and passed laws to ban or phase out these chemicals.

However, Bonta said this lawsuit stands out because of “this scope, size and impact” by California.

3M said in a statement that it “has acted responsibly around products containing PFAS and will defend its record of environmental responsibility.”

In 2021, Governor Gavin Newsom signed two bills into law reducing the use of PFAS in California. One banned the chemicals from being used in food packaging by 2023. It also required PFAS-coated cookware — such as non-stick pans — to include consumer claims.

Bonta said the lawsuit is the result of a multi-year investigation that showed the chemical manufacturers knew about the dangers of the chemicals and violated state consumer and environmental laws.

“We will not let them off the hook because of the pernicious damage that has been done to our state,” Bonta said.

The lawsuit seeks a variety of remedies, including injunctive relief, damages, penalties, restitution and reduction.

“Water systems and their taxpayers or taxpayers shouldn’t have to foot the bill for tackling PFAS pollution,” said Avinash Kar, senior health and food program advocate at the Natural Resources Defense Council.

“Those responsible for polluting our environment and bodies with PFAS, especially PFAS manufacturers who knew about these effects, kept them from the public and benefited from them, should bear their fair share of the costs.”