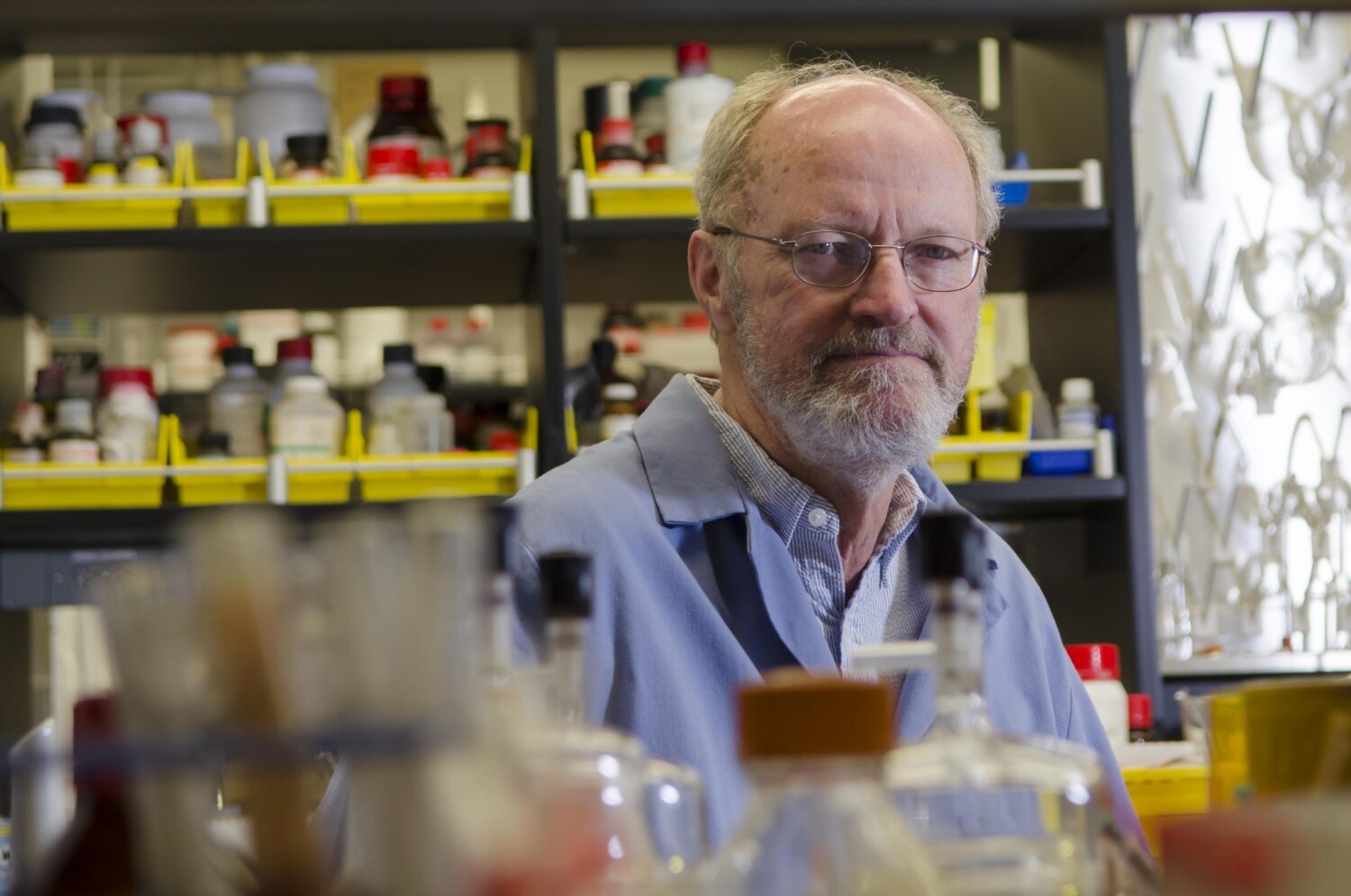 Robert H. Grubbs, the Caltech Nobel Laureate whose methods of breaking up molecules and rebuilding them to specification revolutionized the field of organic chemistry, has died at the age of 79.

Harnessing a process known as metathesis, in which carbon compounds exchange parts with each other, Grubbs showed how a wide range of new products can be made, from eco-friendly plastics to resins to pharmaceuticals.

His discoveries built on the work of two other scientists, Yves Chauvin of France and Richard Schrock of MIT, with whom he shared the $1.3 million Nobel Prize in Chemistry in 2005. “He was the one who took what I was doing and turned it into something something practical,” Schrock said at the time.

A major benefit of Grubbs’ process was that it minimized wasteful and hazardous by-products of chemical reactions, an important advance in the field of so-called green chemistry. “Bob’s strength as a scientist was his creativity,” said Dennis Dougherty, Norman Davidson leadership chair in chemistry at Caltech. “He was the most creative chemist I’ve ever dealt with.”

Grubbs, admired for his warmth and personal simplicity as well as his accomplishments, died of a heart attack on December 19 at the City of Hope hospital in Duarte, where he was being treated for lymphoma, his son Barney said.

Robert H. Grubbs was born on February 27, 1942 in a farmhouse built by his father near Possum Trot, Kentucky. The middle child between two sisters, he described his upbringing as something sprung out of a rural American manners novel, with a supportive extended family of aunts, uncles, and grandparents, many of them farmers in tobacco country. His mother taught at the school for 35 years while his father worked as a mechanic for the Tennessee Valley Authority.

As a lanky boy – standing 6ft, 6in as an adult – he was interested in all things mechanical; the money earned was spent on nails instead of candy. After spending his summers farming and construction, he enrolled at the University of Florida with an agrochemistry major. There he landed a summer job analyzing ox dung.

A friend who works in a chemistry lab saved him from a career studying animal matter, Grubbs said, by inviting him to help out at night. “I found that organic chemicals smelled much better than ox dung and that there was great joy in making new molecules,” he later wrote.

Organic compounds based on complex arrangements of carbon atoms are the basis of all life we ​​know. Learning how these compounds react at the molecular level and how to adapt them to new applications fascinated Grubbs as a student. “Building new molecules was even more fun than building houses,” he said.

He earned his bachelor’s and master’s degrees from the University of Florida and then his doctorate from Columbia University, where he met and married his wife, Helen O’Kane, who became a special education teacher. He spent a year as a National Institutes of Health fellow at Stanford University before joining the faculty at Michigan State University in 1968. A decade later he was hired by Caltech, where he became Victor and Elizabeth Atkins Professor of Chemistry in 1990.

When his career took off, “organometallic chemistry was still in its infancy and was a fertile field for a mechanistic chemist,” Grubbs said. He was particularly interested in metathesis, a word meaning change of place and involving chemical reactions in which two carbon-based molecules exchange fragments under the influence of a third molecule known as a catalyst. In this way, pieces of the molecule can be selectively detached and replaced by pieces of another compound.

The natural process was first observed in the petrochemical industry in the 1950s, but scientists didn’t know what was going on or how to use it. Chauvin provided the first theoretical model in 1970, suggesting that the process is initiated by a family of chemicals called metal carbenes, in which a metal atom is doubly bonded to a carbon atom. In a kind of dance, the metal-carbon double bond binds to a carbon-carbon bond in a target molecule, forming a ring of four atoms. The four then separate into new couplets with different partners.

At the Royal Swedish Academy of Sciences press conference announcing the Nobel Prize in 2005, the process was demonstrated by two dancing couples. All four dancers then shook hands before parting again, with each member dancing away with a new partner.

Following Chauvin’s report, Schrock began looking for a catalyst that could run the reaction in a predictable manner, eventually settling on molybdenum and tungsten. The problem was that these metals were not stable in air and incompatible with many other compounds.

In 1992, Grubbs solved the problem by using ruthenium as a catalyst. It proved to be much more stable and could be used in a variety of substrates including water and alcohol. One of these compounds became known as “Grubbs catalyst” and was the standard against which all others were measured.

Grubbs was surprised that the process worked. “Carbon-carbon double bonds are usually one of the strongest points in the molecule,” Grubbs told the New York Times. “To be able to tear them apart and put them back together very cleanly was a total surprise for organic chemists.”

His work has been adapted into a new family of tailored compounds with special properties, such as: B. Drugs for various diseases, plastics made from vegetable oils instead of petroleum and herbicides.

Grubbs’ no-frills approach to his achievements was perhaps best demonstrated in his reaction to being named a Nobel laureate. “I had just opened a bottle of good port,” he told Tom Maugh of the Los Angeles Times over the phone from New Zealand, “so I kept drinking it.”

In his free time, he became a rock climber, scaled the rocks in Joshua Tree and Yosemite, and later in life took up fly-fishing as a hobby, his son said.

During his career, Grubbs has advised and mentored more than 100 graduate students and nearly 200 postdocs. He also co-founded several companies including Materia Inc. of Pasadena, which owned the rights to his catalysts.

“Bob has been an inspiration to Caltech colleagues and scientists around the world, both for his human qualities and for his pioneering contributions to research and society. We will greatly miss his wisdom and foresight,” said Caltech President Thomas F. Rosenbaum.

In addition to the Nobel Prize, Grubbs has received the Benjamin Franklin Medal from the Franklin Institute, the Arthur C. Cope Award from the American Chemical Society, and the Gold Medal from the American Institute of Chemists. He was a member of the National Academy of Sciences, a Fellow of the American Academy of Arts and Sciences, and a member of the Honorable Order of Kentucky Colonels. He has received honorary degrees from the Georgia Institute of Technology, the University of Crete in Greece, the University of Warwick in the United Kingdom and the Rheinisch-Westfälische Technische Hochschule Aachen in Germany, among others.

He authored more than 400 articles and held 80 patents.

Grubbs is survived by his wife; children Kathleen, Brendan and Barney; four grandchildren; and two sisters.

Guile Is Coming To Street Fighter 6

Statue of Sally Ride, first American woman in space, to be unveiled at Cradle of Aviation