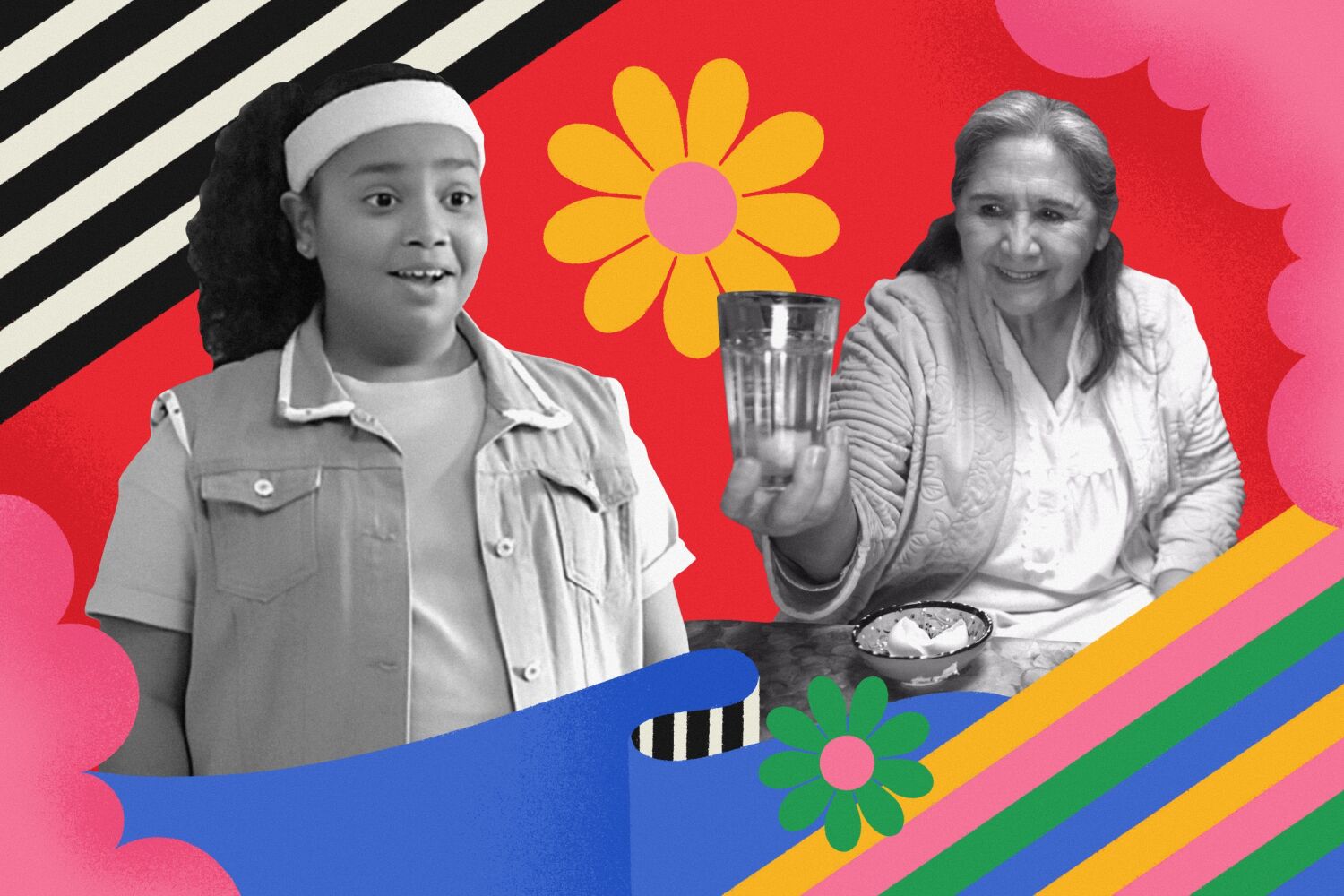 Well friends, we’ve (almost) weathered the end of another TV year. Television is great and often terrible. But when you consider how much of it there is, simple math tells us that there’s still more to see than anyone not really able to squeeze the extra hours into the day can handle.

As is my custom, only shows new this year are featured on this annual favorites list, or mentions are made of “Reservation Dogs,” “Russian Doll,” and “Atlanta.” (These aren’t the Emmys; we believe in sales.) And once again, I’ve themed a few shows to fit as many as possible into a traditional 10-point list. (OK, I went to 11, like a Spinal Tap amp.) Still, tough choices had to be made, and so “Bad Sisters”, “The Sandman”, “Tokyo Vice”, “Wednesday”, “Bee and Puppycat”. ” and “Dead End: Paranormal Park” remain semi-finalists – which I was able to mention anyway.

The world may be in turmoil, but these shows tend to be upbeat and humanistic, even those featuring superheroes, space travelers, time travelers, and pirates. Some were seen relatively little (and poorly promoted, not coincidentally), and a few have already been cancelled. But this is not a popularity contest.

Living in a Chicago diner, starring Jeremy Allen White as a gourmet chef tasked with elevating and regulating the sandwich shop bequeathed to him by his late brother. An up-close, life-size human comedy and sometimes drama about the possibility and difficulty of change, conjuring up a world between counter and walk-in fridge. (Read our full review)

In which a quartet of 12-year-old girls caught in a time war are transported from the 1980s to the not-so-distant future where they come to terms with their older selves and destiny. The writing is skillful, the performances wonderful; it’s short on monsters, full of emotion – and canceled on a cliffhanger, so please someone pick this up while the actors are still young. (Read our full review)

Marvel movies make money, but the TV shows are light years more inventive. Superheroes are almost beside the point in the metafictional She-Hulk, one of the funniest shows out there, starring Tatiana Maslany, who has green skin as in Wins. With its teenage Pakistani-American heroine (Iman Vellani) and Muslim supporting characters, MS. Marvel feels radical just for its existence, but it’s a fun, suspenseful, surprisingly deep adventure that combines history lessons with extradimensional mutants and a coming-of -Age tropes mixes.

Canadian singing twin sisters Tegan and Sara, in collaboration with Clea Duvall, transform their memoir about their queer childhood in ’90s Calgary into a quiet, electric comedy-drama that adeptly captures teenage reality in all its glitter and confusion — and what’s more it’s unusually perceptive how music creeps into a life and takes over.

“The After Party” (AppleTV+)

Great comic book actors enjoying themselves in a twisted crime thriller that feels both classic and contemporary. Each suspect’s testimony – overlapping, contradicting – is embedded in a different genre of film. Maybe not an entirely original idea, but never implemented better. (Read our full review)

A moving, trilingual, intergenerational historical melodrama set in the midst of a Korean family living in Japan, with beautiful, centered, central performances by Minha Kim and Emmy-winning actress Yuh-Jung Youn as the same woman, young and old. Characterful and eventful, (mostly) eschewing cheap effects, it is thoughtful and political and human, making room for stillness between the set pieces. (Read our full review)

Formally offbeat, intimate sit-down comedy specials from Comics at the Crossroads. Recorded on the eve of a crucial medical procedure, Norm MacDonald’s posthumously released “Nothing Special” is no less funny for being performed to a silent, one-person audience. It is not the testimony of a dying man, but of a smart buffoon with a zest for life, whose appetite for cake is whetted by pie charts. Jerrod Carmichael famously used “Rothaniel” as an instrument for his coming out; Director Bo Burnham keeps the camera close as Carmichael talks about mysteries, from his father’s other families to his sexuality to his first name — a title and a punch line.

Latinx sitcoms. Chris Estrada’s “This Fool,” set in south LA and narrated with loving but succinct detail, follows the coming-of-age Julio (Estrada), his ex-con cousin (Frankie Quiñones), and his blithely manipulative former girlfriend (Michelle Ortiz) is a mind-bending comedy about doing the right thing. The sadly-cancelled Gordita Chronicles is a sunny memento about a Dominican family transplanted to Miami in the 1980s, starring a charming Olivia Goncalves as the title’s sweet, indomitable 12-year-old, leading America to abandon its rhetoric of to meet probability. (Read our full review of The Gordita Chronicles)

A joyous canonical return to the anthological form, swashbuckling spirit, social commentary, and goblin-like humor of what’s now dubbed “The Original Series,” with technological upgrades and fleshed-out characters. Set on the Enterprise, it finds young Spock (Ethan Peck) and Uhura (Celia Rose Gooding) already aboard, with Anson Mount’s Captain Pike being a highly appealing mix of hero and comedian, like a nontoxic Shatner. (Read our full review)

Fanny Herrero, who created the French series Call My Agent, made this lively series about stand-up comics in Paris follow on the way up and the way down. Memorable, compelling characters, mostly people of color, struggle with life and its routines; In both cases, the secret is timing.