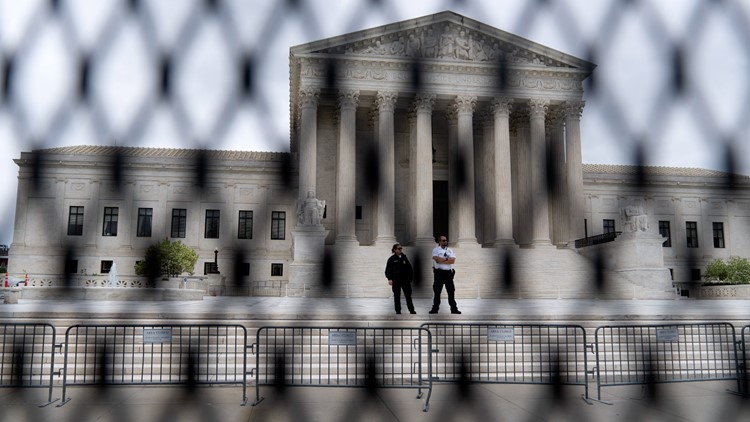 The Supreme Court decision ends nearly 50 years of state-guaranteed access to abortion and will have long-term implications for reproductive health.

WASHINGTON — The Supreme Court ruled that Roe v. Wade to overturn the long-standing precedent guaranteeing the right to legal abortion in the United States

The 6-3 verdict was announced Friday morning, an important decision after months of protests and years of litigation over abortion rights in the country.

The court’s ruling in Dobbs v. Jackson Women’s Health Organization was a finding of the constitutionality of a 2018 Mississippi statute banning most abortions after the first 15 weeks of pregnancy.

Proponents on both sides of the abortion issue saw the law as a way to get the Supreme Court to reconsider the Roe precedent with a new Conservative supermajority that would be more likely to rule against abortion.

The decision is likely to have major ramifications across the US, where states are deeply divided over abortion, with a patchwork of laws and restrictions in many states. At least 13 have already passed so-called “trigger laws” that went into effect immediately after Roe v. Wade will go into effect, and at least another dozen states have older abortion laws on the books, though it’s unclear when or how those will take effect.

Oklahoma recently enacted the country’s most restrictive abortion ban, which defines any abortion as illegal, regardless of the circumstances. The only exceptions to the law are to save the mother’s life or in the case of rape or incest reported to the police. Even before the decision to topple Roe, state providers said they would stop providing abortions after the law was signed into law by the state’s Republican governor.

Other states, like California, have gone in the opposite direction and enshrined abortion rights in state law. Some Democrat-led states in the West and Northeast are also proposing public funding for an expected influx of people traveling from other places to terminate pregnancies.

An association of abortion providers, the National Abortion Federation, provides health and travel information and money to pregnant women who need to travel for an abortion. The association’s program director, Melissa Fowler, said many lives are being disrupted.

“The reality for many people in the country will be days of travel and days off,” Fowler said. “Even if we fully fund a person’s journey, some people’s lives just don’t allow for the journey.”

Roe v. Wade has been the rule of law in the nation for nearly 50 years. The case decided in January 1973 concerned Norma McCorvey’s pregnancy with their third child. McCorvey – known by the legal pseudonym “Jane Doe” – wanted an abortion but lived in Texas, where the procedure was only allowed to save the mother’s life.

The Supreme Court ruled in favor of McCorvey, noting that under the 14th Amendment all women have a right to privacy, allowing them to make their own medical decisions.

Since then, the 7:2 decision has been a hotly debated legal dispute, which critics call legal activism. The same right to privacy has been cited in other landmark cases, including the right of gay people to marry.

While it marks a major departure from the precedent that has defined American life for decades, the ruling is not unexpected. By a 6-3 Conservative majority, pro-choice advocates have been sounding the alarm about the threat to Roe since Judge Amy Coney Barrett was brought to trial in the final days of President Donald Trump’s administration.

In May, Politico released a leaked draft Supreme Court memo pointing to a majority decision in the Dobbs case that fell in favor of the Mississippi statute, toppling Roe and dropping the main argument in that case: the right to privacy.

The leak exacerbated already tense tensions in the nation over abortion, prompting protests outside the Supreme Court and the homes of several judges.

Analysts have cautioned that the Supreme Court’s recent decision could undermine decisions such as gay marriage rights, which were ruled on the basis of Roe in the same legal framework.

US officials have suggested the ruling could lead to a surge in extremist violence in the US from advocates on both sides of the issue or from other types of extremists trying to exploit tensions surrounding the issue.

A memo from the Department of Homeland Security’s Office of Intelligence and Analysis to local government agencies warned that the unstable environment in the US could erupt around politics over the issue. The May 13 memo, obtained by the Associated Press, attempts to distinguish between illegal activity and the intense but legal wave of protests that are all but guaranteed when the Supreme Court renders its end-of-term verdict this summer , regardless of the result .

New COVID variant: What to know about omicron subvariants and should you be concerned?

ABC ‘General Hospital’ Spoilers: Laura and Victor are concerned, Ned has doubts, and Chase might have changed his mind