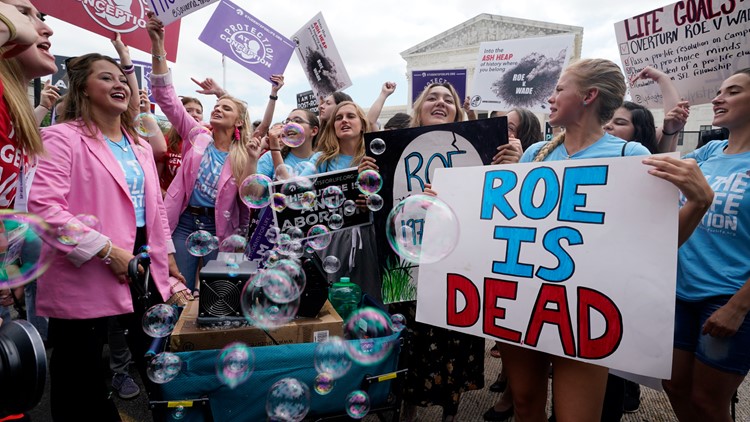 Most of the text between the two copies remains the same, but the final draft contains stronger language aimed at dissent from the liberal bloc.

BOSTON – The Supreme Court decision in Roe v. Repealing Wade and ending constitutional protections for abortion aligns closely with the leaked draft advisory published in May.

Key passages in Judge Samuel Alito’s draft opinion and the final ruling released Friday are identical, including harsh denunciations of the Roe ruling as “enormously wrong,” with “extraordinarily weak” reasoning and “harmful consequences.”

The key additions to the final copy are pointed rebukes of dissenting opinion from the court’s three liberal justices, as well as a concurring opinion from Chief Justice John Roberts, who said he would have upheld the Mississippi statute at the heart of the case but would have stopped short of it to end abortion rights.

The draft report, which is known as “1. Draft” titled “Opinion of the Court” and published by Politico was leaked in a near-unprecedented breach of protocol that sent shockwaves across the country. The Supreme Court Marshal is investigating what Roberts has called a “egregious breach of trust”.

Here’s a closer look at the similarities and differences between the draft and the final comments:

The central arguments in the draft and the final report are basically the same. Alito writes that the 1973 Roe decision and Planned Parenthood v. Casey, the 1992 decision affirming abortion rights used flawed arguments to conclude that the Constitution protects abortion rights.

Alito writes that the Constitution “makes no reference to abortion” and that the due process clause of the Fourteenth Amendment does not protect such a right. While this provision guarantees some rights not spelled out in the constitution, those rights are “deeply ingrained in the history and tradition of this nation,” Alito wrote. Abortion never existed, he argues.

“It is time to respect the Constitution and return the issue of abortion to the elected representatives of the people,” he wrote.

The first major addition to the final report comes on page 35, when Alito begins a critique of the dissent of the liberal judges, to which he would not have had access when writing his draft.

Alito writes that the dissidents’ failure to recognize the nation’s long tradition – before Roe – of banning abortion is “devastating to their position.” The right to an abortion has no basis, “let alone a ‘deep-rooted’ one”. American history, argues Alito. Among other things, he points to the fact that by the end of the 1950s, at least 46 states had banned abortion “however and whenever it was performed” unless it was necessary to save the mother’s life.

Alito writes that the “most striking feature” of the contradiction is the lack of “any serious discussion about the legitimacy of states’ interest in protecting human life,” which he says are “important concerns.” But they show “no similar regard for a state’s interest in protecting prenatal life,” he writes.

Later in the op-ed, Alito dismisses the Liberal judges’ argument that with Roe’s fall, the court abandoned rigid decision: the legal principle that judges use to base decisions on previous decisions. Alito replies, “We didn’t do anything like that.”

“Precedent should be respected, but sometimes the court errs, and occasionally the court makes an important decision that is egregiously wrong,” Alito wrote. “When that happens, rigid decision is not a straitjacket.”

The other difference between the draft and the final opinion is a belittling of the argument made by Roberts, who voted by a majority to maintain the Mississippi law banning most abortions after 15 weeks, but wrote separately that it was not necessary , setting broad precedents to tip rule in favor of Mississippi.

Roberts writes that he would “defer to another day” and “take a more measured course” on whether to overthrow Roe. Roberts said he would abolish the “viability line” — or the prior assumption that the Constitution protects abortion rights to the point where a fetus is viable outside the womb. He writes that abortion rights “should go far enough to ensure reasonable choice, but need not go further – certainly not to the point of practicability.”

Alito argues that there are “serious problems” with Robert’s approach. If the court went only so far as to uphold the Mississippi law, it would “soon be called upon to declare the constitutionality of a number of statutes with shorter or no time limits,” Alito writes.

The Chief Justice’s “search for a middle ground would only delay the day when we would be forced to confront the issue we are now deciding,” Alito wrote. “The uproar caused by Roe and Casey would be prolonged. It is far better – for this court and for this country – to face the real question without further delay.”