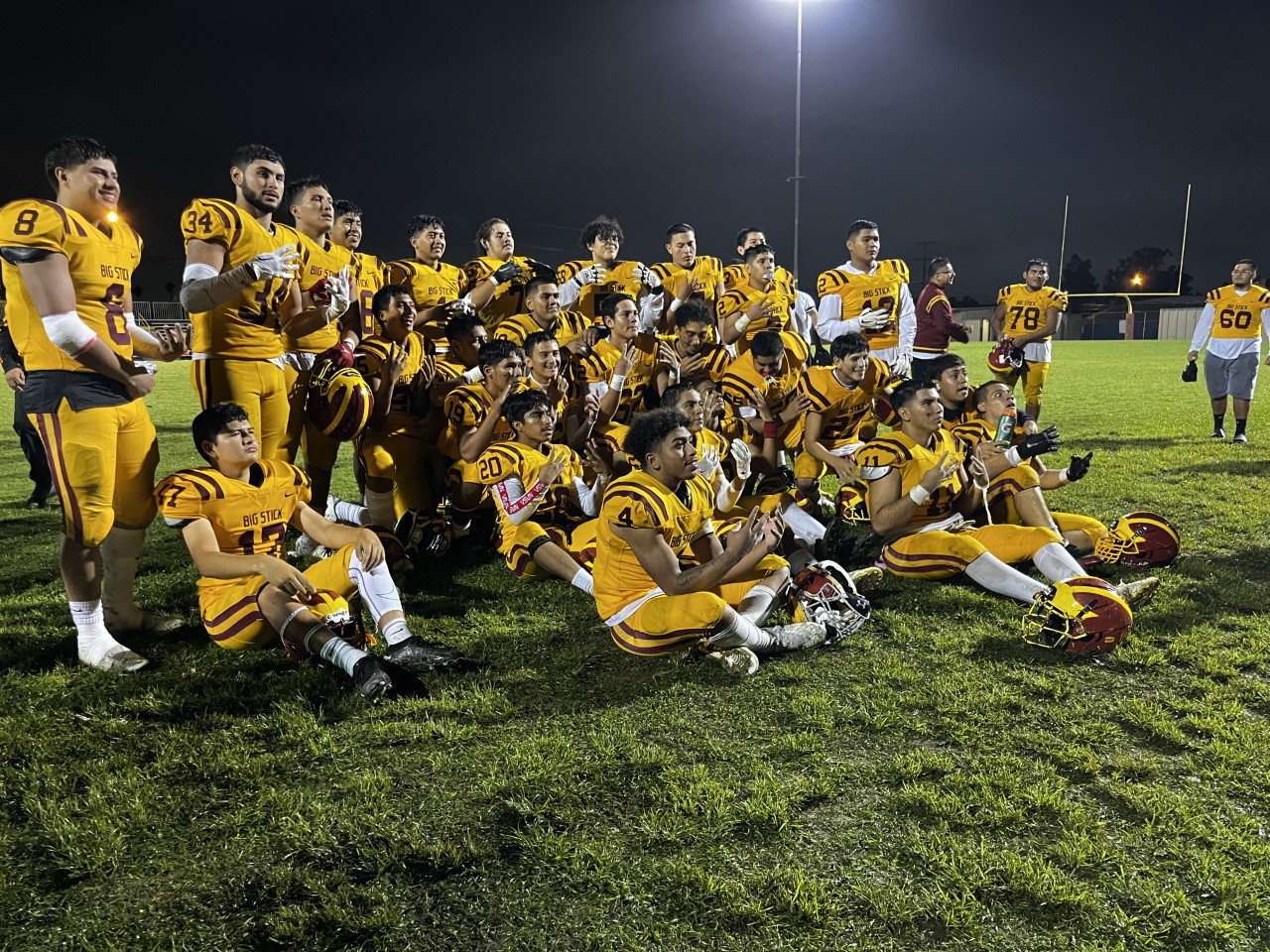 The sky was clear, just a few drops of rain hit the grass at Roosevelt High, and Coach Aldo Parral was disappointed.

“Actually, I was hoping it would rain today,” he said ahead of Friday night’s game against Dorsey.

He got his wish.

After a week of triple-digit temperatures, storm clouds from Tropical Storm Kay swept into Boyle Heights on Friday night, unleashing rain showers as Roosevelt kept slamming Dorsey onto the slick grass in a 28-14 win.

Wet conditions are never ideal for a passing team. Perfect, however, for the Rough Riders, who have thrown all 10 passes this season as they rode their double-winged rushing attack to a 4-0 record. They controlled the pace from the jump with marathon drives, with Isiah Wright running in two touchdowns.

On the other side of the field, the Dons struggled to get things going after an early touchdown on their first drive of the game off a sloping stretch by junior Semaj Dunn. A third down in the third quarter, senior quarterback Ciel Myles slipped and fell. The next game, a Dorsey player fumbled with the ball.

“We’re a very fast and explosive team and that hindered us a bit,” said Dorsey coach Stafon Johnson.

It was a strange night. Showers of rain turned the track around the field into mush, the fans’ hair into wet cords, the grandstands into puddles of metal. Two Roosevelt fans removed their shirts and sprinted across the field before there was a bang and the game was stopped. Dorsey coaches were upset with the office, prompting Johnson to hop in the air and throw his sodden black Dodgers hat on the lawn.

One of the strangest nights of his career, Wright said. But the rain benefited Roosevelt overall.

“Maybe God was on our side today,” Wright said with a grin.