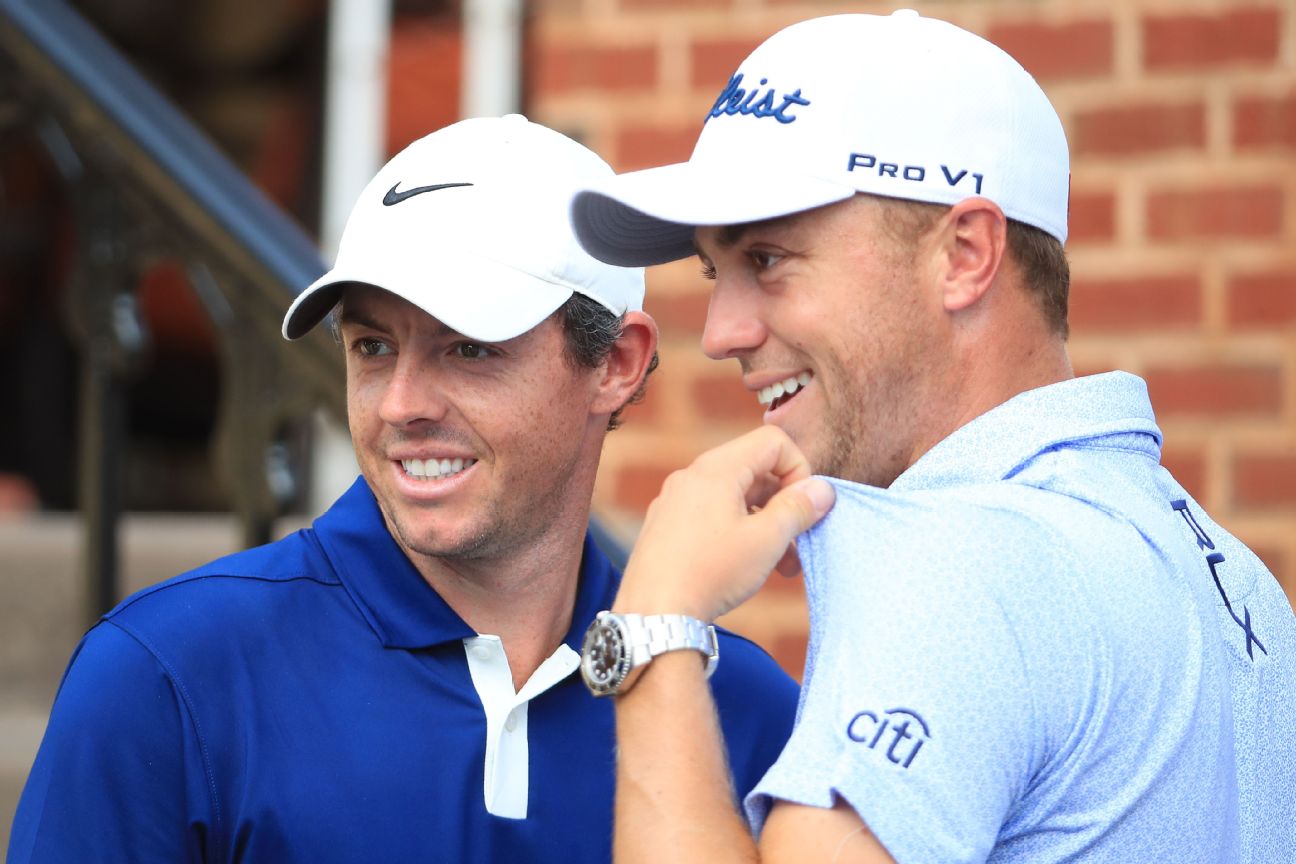 MEMPHIS, Tenn. — Rory McIlroy was paying attention to a court case Tuesday when a federal judge in California denied an injunction against three suspended PGA Tour members who signed with LIV Golf and then sought to play in the FedEx Cup Playoffs.

Talor Gooch, Matt Jones and Hudson Swafford will miss the FedEx St. Jude Championship, the first leg of the playoffs when it gets underway at TPC Southwind on Thursday.

“From my perspective, common sense prevailed and I thought it was the right decision,” McIlroy said Wednesday. “Now that that’s happened, I think we can just focus on the important things, which is golf. We can all move forward and not experience these sideshows over the next few weeks, which is nice.”

Justin Thomas, who said he checks Twitter for updates from the hearing, also agreed with US District Court Judge Beth Labson Freeman’s ruling.

McIlroy and Thomas both said the ongoing dispute between the PGA Tour and LIV Golf became more personal when 11 players, including Phil Mickelson and Bryson DeChambeau, filed an antitrust lawsuit against the PGA Tour in federal court last week.

“It was personal for me from the start,” said Thomas. “It’s like I said from the start. These guys had the opportunity to play and just play. You can have your cake, but you don’t have to eat it too. And they got their fair share of a big, big batch of cake and eat it on their own. You don’t have to bring it with you on our tour.

McIlroy said he had more respect for players like former major champions Dustin Johnson and Brooks Koepka, who defected to LIV Golf but didn’t sue the tour or try to come back and play.

“Boys are going to make their own decisions about what they think is best for them, and that’s totally fine,” McIlroy said. “Again, I don’t begrudge anyone playing LIV or taking guaranteed money. If that’s your prerogative and you want to do it, that’s perfectly fine. I think where the resentment is coming from, from being a member of this tour the fact that they want to try and get back here with no repercussions and anyone who has read the PGA Tour manual or abided by the rules and regulations would agree feel very unfair to them.

Thomas, who won the PGA Championship at Southern Hills in May and is eighth in the FedEx Cup points standings, said the inter-course drama has been a distraction.

“It’s unfortunately just taking a little bit of the golf world and taking away big storylines,” said Thomas. “I think I saw Scottie [Scheffler] came in and did his interview [Tuesday]and I’m sure he’s been asked what’s up and he’s had one of the best seasons ever.

“I mean, most money ever made and winning the FedEx Cup by a mile, I’m sure there weren’t as many questions about it as there should have been. It’s little things like that that add up to the bigger picture of what’s going on on the PGA Tour, of course the whole game of golf.”

The drama may not go away anytime soon. While Freeman denied the injunction, it did not rule on the LIV players’ antitrust claims. She has scheduled a September 2023 jury trial in the US District Court in San Jose, California. Until then, there will be discoveries and numerous testimonies from both sides.

McIlroy knows Tuesday’s verdict was a small victory for the PGA Tour in a much bigger fight.

“It’s like we have such a long way to go,” McIlroy said. “It’s like you banged the first hole, but you still have 17 holes to go.”

Darryl Hunt, bass player for the Pogues, dies at 75 in London