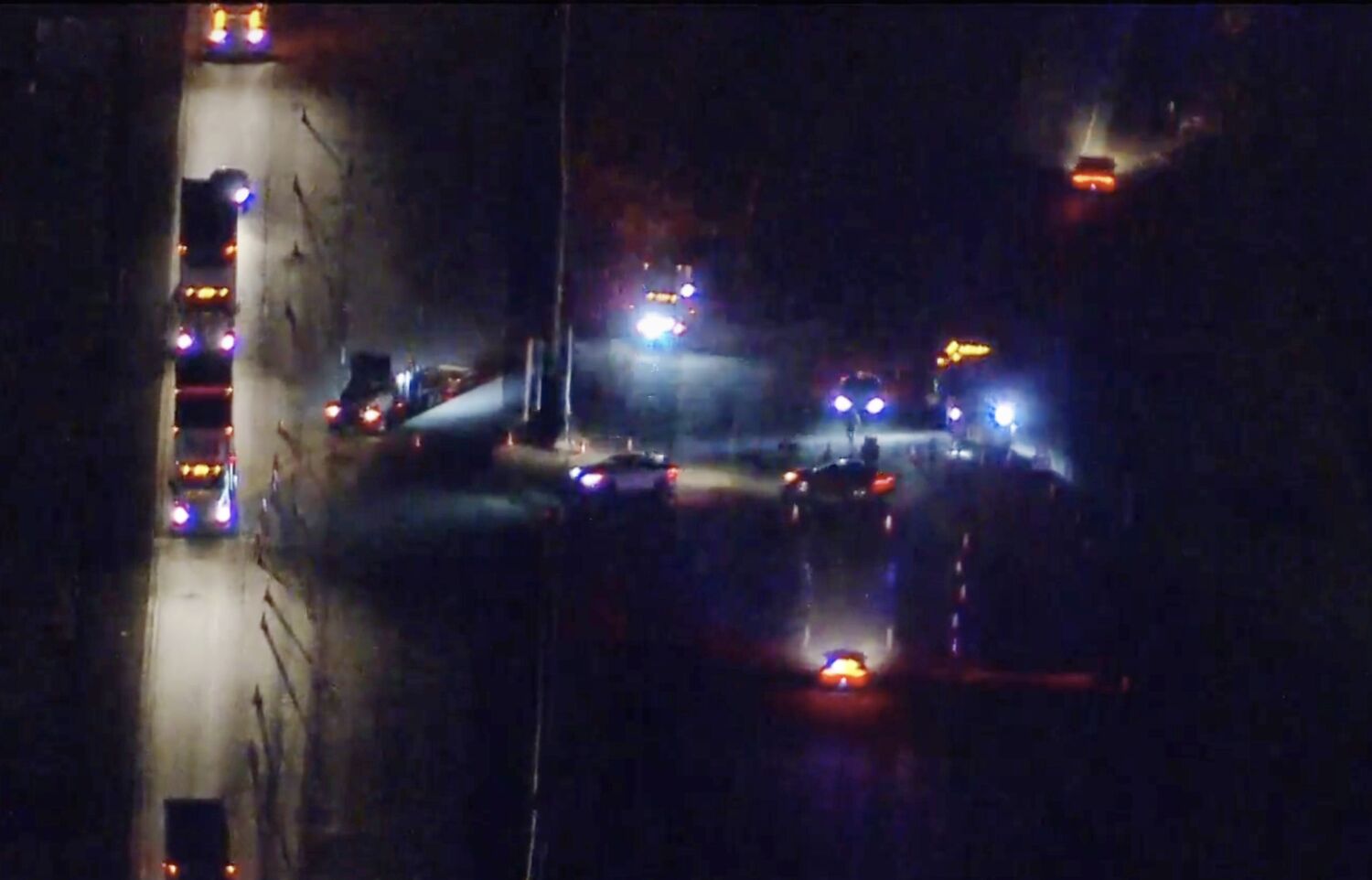 All northbound lanes on the 5 Freeway will be closed for several nights, according to Caltrans, as crews work to open a third lane and make repairs caused by the fire on the route.

The first phase of the closures began at 10 p.m. Thursday and lasted until 10 a.m. Friday to place 2,400 feet of asphalt concrete over an already excavated section of the highway, officials said in a news release.

The contractor has been trying to pave the excavated portion as quickly as possible before Tropical Storm Kay hit on Friday.

“The safety of motorists and truckers is our number one priority,” said Gloria Roberts, acting district director for Caltrans District 7, in the press release. “The Route Fire has severely damaged the two retaining walls and traffic cannot proceed in the right two lanes until more permanent repairs are completed.”

Each night of the closure, the gate on Parker Road will be opened to allow drivers to access southbound I-5, which means three left lanes of southbound I-5 must also be closed to allow trucks have enough room to turn.

The second phase of closures begins Sunday and lasts through Thursday to allow the contractor to place a 6,000-foot section of structure north of the concrete section and re-lane lanes.

The additional northbound I-5 closures include:

Three northbound I-5 lanes will be available to drivers Thursday.

The Route fire, first reported near Castaic along the freeway near Lake Hughes Road last week, blocked lanes of the northbound Freeway 5 as crews worked to assess the damage.

Caltrans said retaining walls along the freeway were damaged by the fire and repairs could take until mid-November. Vertical steel columns were also warped, wall fasteners were broken, and horizontal anchorages in the ground may have been damaged. The cracks in the asphalt road have also widened and wooden paneling has fallen off the wall.

Charles III Will Be a Menswear King

The Last Gasp of 20th-Century NASA