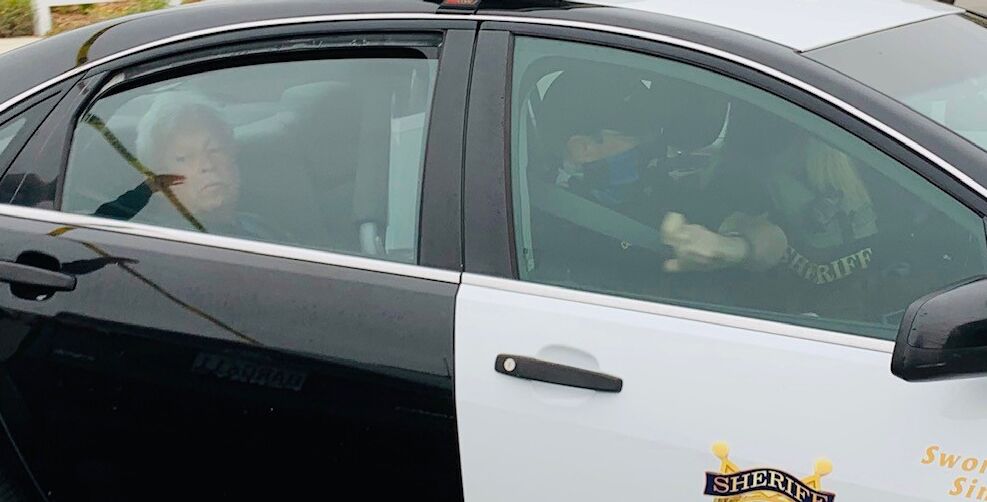 While a jury was already considering finding Paul Flores guilty of the 1996 murder of Cal Poly San Luis Obispo student Kristin Smart, a second jury on Wednesday began considering the fate of his father, who is charged as an accomplice in the crime is.

Ruben Flores’ attorney Harold Mesick told jurors the evidence showed the 19-year-old Smart was “not happy” at Cal Poly and may still be alive.

Flores, 81, is being tried alongside his 45-year-old son. The case was moved more than 100 miles north by a San Luis Obispo County judge to ensure a fair trial. Two juries have heard evidence simultaneously for over 11 weeks. One discusses the fate of Paul Flores. The others heard closing arguments in the case against Ruben Flores on Wednesday.

“The intent is to read the sentences sequentially,” Monterey County Judge Jennifer O’Keefe said of the separate counts.

Peuvrelle said when Paul Flores killed the college student at his dorm in May 1996, he made a phone call. “He knew the only person who would help a dead girl on her bed was her father,” the prosecutor said. “It was his version of an emergency call.”

Peuvrelle said Flores raped or attempted to rape and eventually killed Smart before hiding her remains with the help of his father. Though Smart’s body was never found, she was legally pronounced dead in 2002.

Her body, Peuvrelle said, was crucial evidence of a crime. “Ruben Flores has helped him for the past 26 years,” the prosecutor said.

But Mesick countered that Smart is still missing.

“The state has done a great job of demonizing Paul Flores and my client,” the defense attorney said in his closing remarks. But “my client is absolutely innocent. He never dug a grave in his life. I think this case raises legitimate doubts.”

Mesick called prosecutors’ theory that Ruben Flores helped his then 19-year-old son retrieve a body from his dorm room and bury it beneath his deck – where the remains were allegedly removed in 2020 – “ridiculous”.

“What sets this case apart from most cases is the lack of physical evidence,” Mesick said, boldly urging the jury to reach a quick verdict to send a message to prosecutors.

“There are no bones, no teeth, no body parts. Kristin Smart might just be missing,” he said. “She wasn’t happy at Cal Poly. It’s reasonable to assume she’s alive somewhere.”

Smart was last seen on May 25, 1996 with Paul Flores near dormitories on campus after attending a party. But Peuvrelle told jurors that Flores, a fellow Cal Poly student, had “hunted” her for months and frequently showed up wherever she was, including her dorm room.

On the night of the party, he appeared out of the dark to escort her home after she passed out in a meadow, the prosecutor said.

Mesick countered that Flores was there when Smart fell and “picked her up”.

Since the trial began in July, Peuvrelle has attempted to piece together a narrative of how, during a four-day period when Flores was not seen on campus, he allegedly removed Smart’s body with the help of his father and buried it under the deck of his Father’s Arroyo Grande house.

Ruben Flores, according to the prosecutor, kept people off the deck for years. Then in 2020, as police were circling the home, a neighbor testified that she saw a trailer coming to the property.

Peuvrelle said when they finally searched the Flores home after his April 2021 arrest, they found a “trophy room” containing several items linked to the Smart investigation, including a note that read “Dig the Yard.”

He showed a bare patch of ground below deck and said, “That’s Kristin’s grave.”

A soil scientist and archaeologist testified that ground-penetrating radar showed an anomaly in the soil and evidence of bodily fluids consistent with a buried and removed body, the prosecutor repeatedly reminded jurors. The hole was 6 feet by 4 feet by 4 feet. Archaeologist Cindy Arrington, noted Peuvrelle, said that the hole was dug by hand and that the liquid slowly seeped into the ground, forming a bath-like ring.

Showing slides from a PowerPoint presentation, Peuvrelle said a chemical test conducted by an independent laboratory showed “positive” for the presence of human blood in the soil and that the fibers extracted from the soil contributed to the colors of Smart’s clothing fit.

However, Mesick said knowledgeable defense witnesses indicated that the blood test used was invalid for the floor. He said there would have been gallons of liquid if there was a body there.

“The amount of blood is so tiny…it could be anyone’s blood. It could be Ruben Flores’ blood,” he said. “I’ll tell you it’s not Kristin Smart’s blood.”

To find Flores guilty of an accessory to murder, the jury must first determine that his son committed first- or second-degree murder, Peuvrelle reminded jurors.

Peuvrelle said testimonies from two women — identified at the trial as Sarah Doe and Rhonda Doe, who said Paul Flores raped them decades after Smart’s disappearance — support prosecutors’ theory that Flores sexually assaulted Smart, then killed her and hid her body.

“The only true verdict is that Ruben Flores is guilty of accessory,” Peuvrelle told the jury.

The Eagles are like the mailman, plus more NFL quotes of the week

L.A. hillsides are a ‘muddy mess’ after mudslides, flooding

‘Dancing with the Stars’: Michael Bublé’s music fills the ballroom as another couple is eliminated