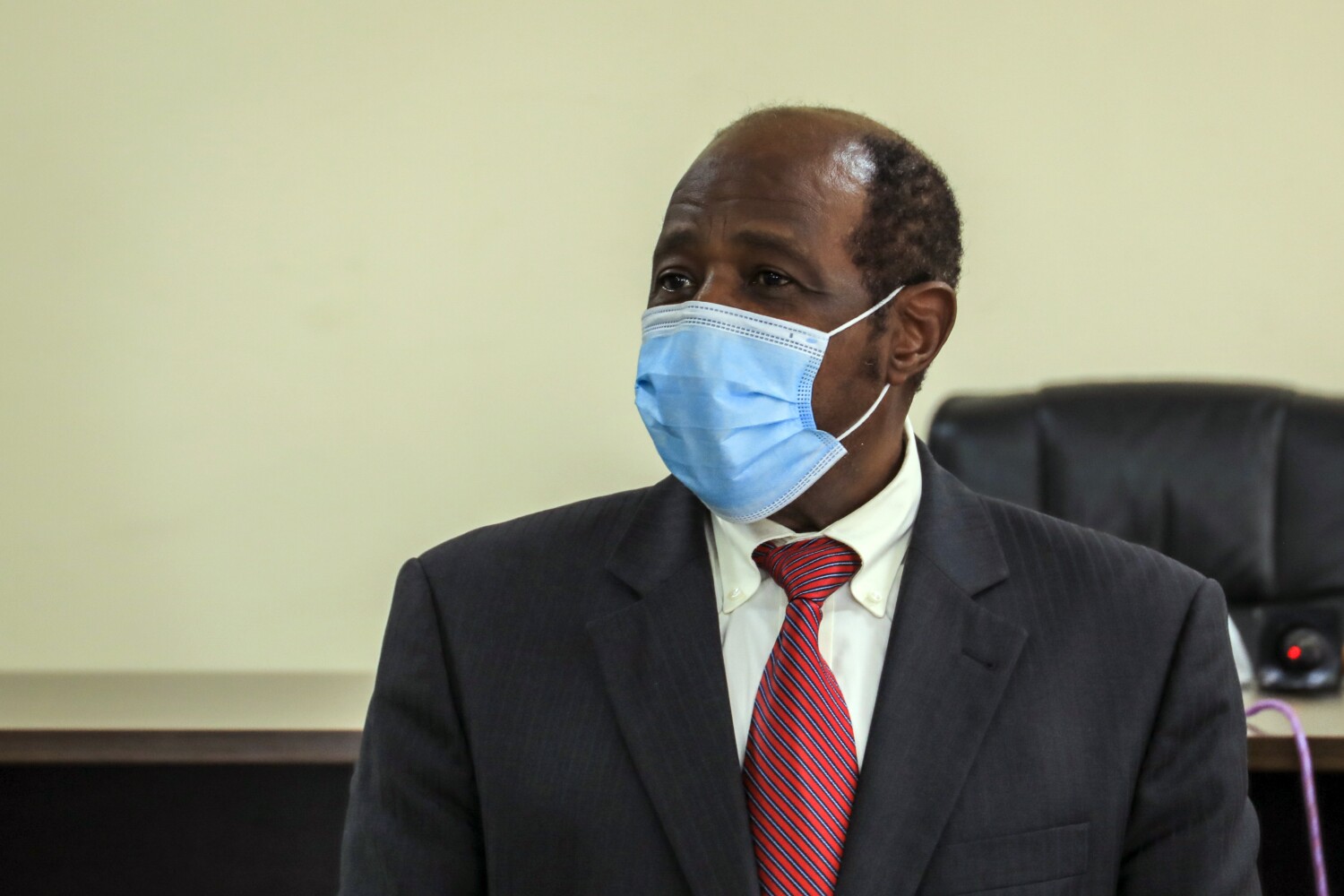 Paul Rusesabagina became known as the rare hero in one of the ugliest chapters in modern history: the slaughter of hundreds of thousands of Rwandans in the 1994 genocide. He has been credited with saving a number of people and inspiring books and a film.

But today Rusesabagina begins his second year in prison as a convicted terrorist in the country he once hoped to save.

As questions arose over the years about his exact heroic efforts, Rusesabagina found himself at odds with the administration of President Paul Kagame, another figure once widely admired but now for his increasingly authoritarian practices during his more than two-decade reign is criticized.

Legally residing in the US and having many global supporters, Rusesabagina received special scrutiny for his case from the US government. The former manager of a hotel in Rwanda that housed hundreds of Rwandans was on the agenda when Secretary of State Antony J. Blinken visited Kagame and other senior officials during a tour of sub-Saharan Africa that ended on Friday.

As in the case of WNBA star Brittney Griner in Russia and several other detained US citizens and residents around the world, the State Department has described Rusesabagina as “wrongly detained.” After meeting Kagame in the capital, Kigali, Blinken told reporters that the US “has made clear our concerns surrounding the trial and sentencing of Paul Rusesabagina, particularly the lack of due process guarantees.”

“We continue to call on the Government to address concerns about the legal protections afforded to him and his case and [to] Take precautions to prevent similar outcomes in the future,” said Blinken.

Blinken and other senior US officials carefully selected their public statements, emphasizing what they described as a lack of due process for the former hotel manager, rather than specific allegations leveled against him by the Rwandan government.

The luster of Rusesabagina’s reputation has faded in recent years amid controversy over how he saved people at the hotel and particularly when he became an outspoken critic of Kagame.

Kagame’s government has accused Rusesabagina of belonging to an armed militia active along the border with Rwanda, seeking a violent overthrow of the government and carrying out attacks in the country.

However, the Biden administration sees the case as an example of broader human rights abuses that Kagame is accused of. Blinken said he recognizes the legacy of genocide, which heightens Rwanda’s sensitivity to potential threats to government stability, but ignoring freedom of speech and other rights is not an appropriate response.

Blinken said he told Kagame that Rwandans “should be able to voice their views without fear of intimidation, detention, violence or other forms of oppression. This applies regardless of whether they are political opponents, human rights defenders, journalists … or simply citizens.”

“We recognize Rwanda’s incredibly difficult history,” Blinken added, “but criminalizing the political involvement of individuals, harassing those who speak out against the current government, we believe.” [undermine] future peace, stability and prosperity.”

In the summer of 2020, Rusesabagina was living in San Antonio and passing through Dubai on her way to Burundi, which borders Rwanda. Instead, his family says, he was tricked into ending up in Rwanda, where he was arrested by a team of government security agents, detained, tried and convicted on eight counts of murder and terrorism late last year.

As a Belgian citizen, he was sentenced to 25 years in prison. He immediately called the trial a sham while human rights groups in the US, Europe and elsewhere took up his cause, despite ongoing questions about his anti-government activities.

At the end of Blinken’s talks in Rwanda, it became clear that a change in Rusesabagina’s situation was unlikely. US officials said the issue would be a bone of contention in US-Rwanda relations for the foreseeable future, with Kigali insisting critics pose a security threat and Washington calling for a more transparent legal system and respect for rights.

“You focus on [the threat Rusesabagina] represents for their political system … as we focus on an unfair trial and wrongful imprisonment,” a senior State Department official who was traveling with Blinken told reporters. “Paul is an example of the challenges facing the government [in] Dealing with political dissent.” The official noted that the government is “not at all comfortable with anything that looks like it could trigger violence or instability.”

“This will be part of our bilateral relationship,” the official added. “A limitation of our relationship.”

https://www.latimes.com/politics/story/2022-08-17/now-jailed-for-terrorism-one-time-hotel-rwanda-hero-has-become-point-of-u-s-contention-with-rwanda Rusesabagina has become point of U.S. contention with Rwanda

Readers asked, we answer: Questions on Rams and Chargers