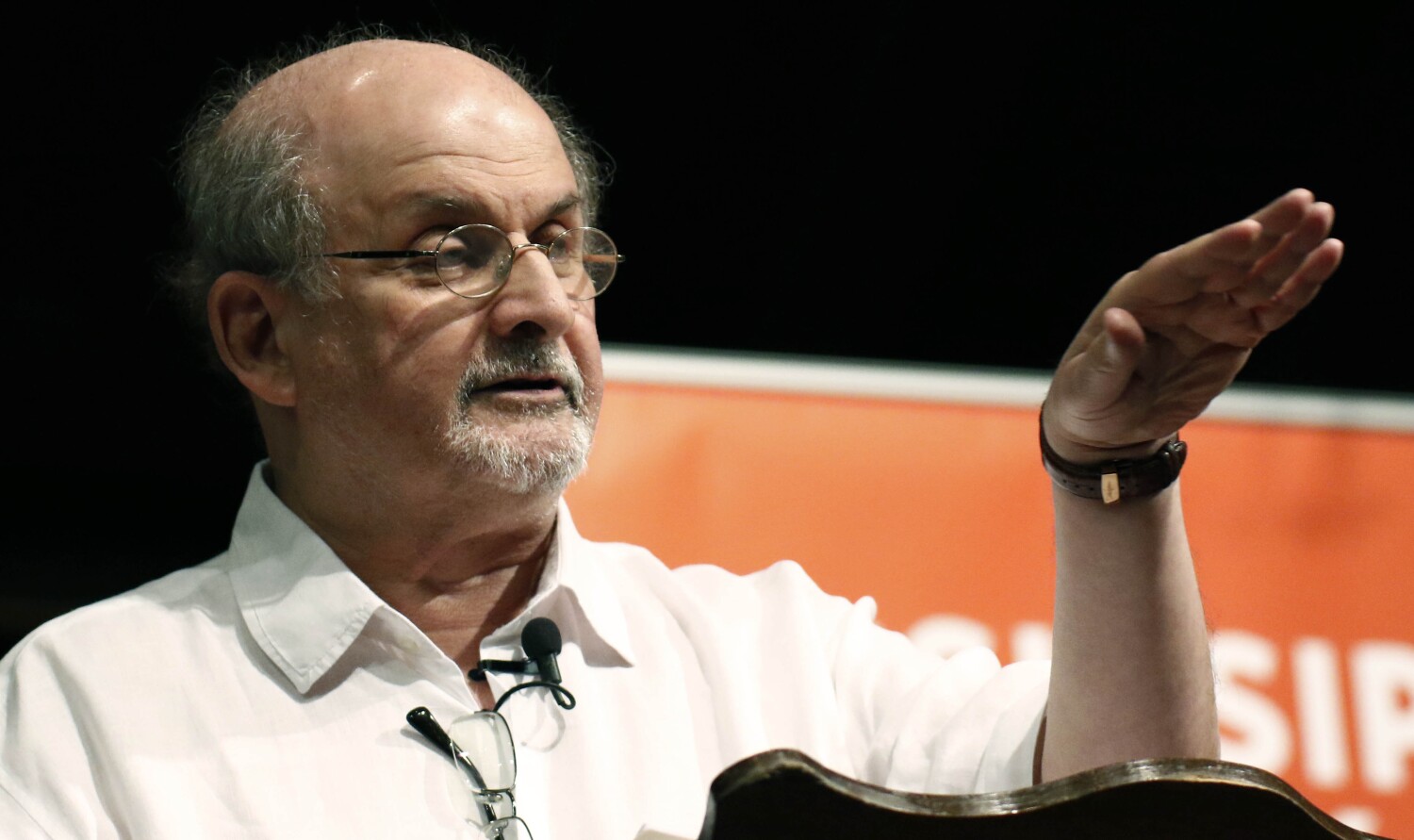 After Salman Rushdie was attacked as he began a lecture in west New York on Friday, it was a stark reminder that an Islamic leader, in response to his 1988 novel The Satanic Verses, issued a high-profile edict stating the writer’s death was demanded.

This death sentence – a fatwa – had an immediate impact on Rushdie’s life, spurring him into hiding for nearly 10 years and haunting him and others around him associated with the book’s publication.

But what exactly is a fatwa? And how could it be a factor in Friday’s stabbing, which took place in front of a crowd of 2,500?

We need some basics first.

Who is Salman Rushdie and what is his background?

Born in India in June 1947, Rushdie grew up in Bombay before moving to England for public boarding school and then university. He worked for years as an advertising copywriter and published his first novel Grimus in 1975. He only gained literary recognition when his second book, Midnight’s Children, won the Booker Prize, the UK’s most prestigious literary prize, in 1981.

Speaking to PBS in 2006, he described himself as “an uncompromising atheist.” The writer was knighted by Britain’s Queen Elizabeth in 2007 for services to literature. To date he has written 14 novels, most recently “Quichotte” in 2019.

Rushdie has been married four times, most recently to Top Chef host Padma Lakshmi from 2004 to 2007. He has two sons – one with his first wife Clarissa Luard and one with his third wife Elizabeth West. His second wife was the American author Marianne Wiggins.

What is a fatwa?

Simply put, a fatwa is a decree issued by an Islamic religious leader. In the case of Rushdie, in February 1989, the Iranian Ayatollah Ruhollah Khomeini condemned “The Satanic Verses” as blasphemy and called for the author’s death. Partly because the situation was so high profile, “fatwa” and “death sentence” have become linked in US popular culture.

But a fatwa is not always about violence. For example, in 2005 a group of Muslim scholars and religious leaders from the US and Canada issued the following fatwa: “All acts of terrorism are haram, forbidden by Islam. It is haram, forbidden, to cooperate or associate with…any act of terrorism or violence.” The edict went on to say that all Muslims have a civil and religious duty to cooperate with law enforcement to protect civilians .

What is The Satanic Verses and why was it flagged as offensive?

The Satanic Verses was Rushdie’s fourth novel, published in 1988. The author described the novel, written in English, primarily as a chronicle of the immigrant experience. However, devout Muslims have criticized the book’s characterization of Muhammad and other figures of early Islam. In particular, it shows the Prophet as temporarily weak. A Southern California Muslim told The Times at the time: “I think it’s an attack on the miracle of the Koran itself.”

Some details about the 1989 Rushdie fatwa

Rushdie went into hiding immediately after Khomeini called for his death in February. Wiggins, his then-wife, told a British newspaper that year that they had moved 56 times in five months – every three days – and always had an armed bodyguard, according to the announcement on Tehran radio. Khomeini died in June 1989, months after issuing the Rushdie edict, but the fatwa lived on.

In 1993, Ayatollah Ali Khamenei of Iran publicly renewed the author’s death sentence. The writer, who was still in hiding, appeared at a Sunday church service in Cambridge, England, and told the congregation he was facing “a simple terrorist threat”. At the time, he promised to step up his public appearances.

Has anyone else been caught up in the fallout?

In July 1991, Hitoshi Igarashi, the scholar who translated The Satanic Verses into Japanese, was found stabbed to death in the hallway of a building on the campus of Tsukuba University, northeast of Tokyo. His body showed a deep knife wound in the neck and lacerations on his hands and face, police said.

A week earlier, Ettore Capriolo, the man who translated The Satanic Verses into Italian, was attacked at his Milan home, stabbing his neck, chest and hands. Capriolo survived the attack. The attacker had tried unsuccessfully to get Capriolo to reveal Rushdie’s address.

In October 1993, the novel’s Norwegian publisher, William Nygaard, was shot dead three times and left outside his home in Oslo. He spent months in a hospital recovering. It wasn’t until 2018 that authorities filed charges, saying the shooting was connected to “The Satanic Verses.”

Has anyone tried to call off the fatwa?

nope In 1998, in a bid to restore diplomatic ties with Britain, leader Mohammad Khatami said Iran would not support or hinder an attempt on Rushdie’s assassination, but nearly a decade later the state news agency said the edict was still in effect.

Over the years, the bounty for Rushdie’s murder has grown to over $3 million.

What was Rushdie doing when he was attacked?

Rushdie and lecture host Henry Reese wanted to discuss “the United States as a haven for exiled writers and other artists and as a home for freedom of creative expression,” according to the website of the Chautauqua Institution, known for its summer lecture series.

Who is the suspect in Friday’s attack?

A man dressed in black and wearing a black mask stormed onto the stage at the Chautauqua Institution lecture and appeared to punch or stab Rushdie 10 to 15 times before the 75-year-old fell or was knocked to the ground. The man was immediately arrested by a police officer who was at the scene.

According to the Daily Beast, New York authorities identified the suspect Friday afternoon as Hadi Matar, 24, of Fairview, NJ. Matar has not been charged but is accused of stabbing Rushdie in the stomach and neck. A doctor who attended the lecture provided assistance immediately before emergency responders arrived, law enforcement said abc news. Rushdie underwent surgery but his condition was not immediately known as of Friday afternoon.

Witness Carter Byham told the Times that the suspect “crept up behind him very quickly with a short-bladed black knife” and that “the first attack on his throat was on the right side.”

30 books we can’t wait for this fall

‘Look Where It Takes Him’