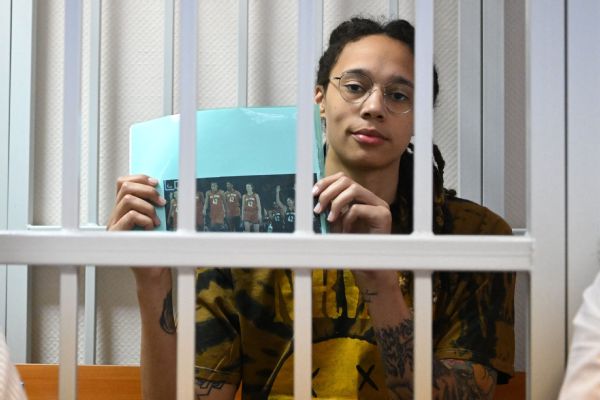 MOSCOW — Russia’s Foreign Ministry spokesman lashed out at the United States on Thursday, characterizing the detention of basketball star Brittney Griner on drug charges as a “wrongful detention,” saying it shows disregard for Russian law.

Griner has been in jail since she was arrested at a Moscow airport in mid-February after vape canisters containing hash oil were found in her luggage. The Phoenix Mercury standout and two-time Olympic gold medalist admitted in court this month that she had the canisters but said she had no intention of breaking the law.

If convicted, she faces up to ten years in prison. Her trial is scheduled to continue on Tuesday.

The State Department in May labeled Griner wrongly imprisoned and placed her case under the oversight of the President’s special envoy for hostage affairs — effectively the government’s chief hostage negotiator. On Tuesday, President Joe Biden signed an executive order aimed at improving the flow of information to families of Americans detained abroad and imposing penalties on criminals, terrorists or government officials who hold them captive.

Russian Foreign Ministry spokeswoman Maria Zakharova said Thursday that the legalization of cannabis for medicinal and recreational use in parts of the US has no bearing on what is happening in Russia.

“If a US citizen has been arrested in connection with drug smuggling and she doesn’t deny it, then this should be in accordance with our Russian, local laws and not those of San Francisco, New York and Washington,” Zakharova said.

IPL 2022: “You have been picking him for the past 2-3 years”- Aakash Chopra believes Arjun Tendulkar deserves a chance against DC