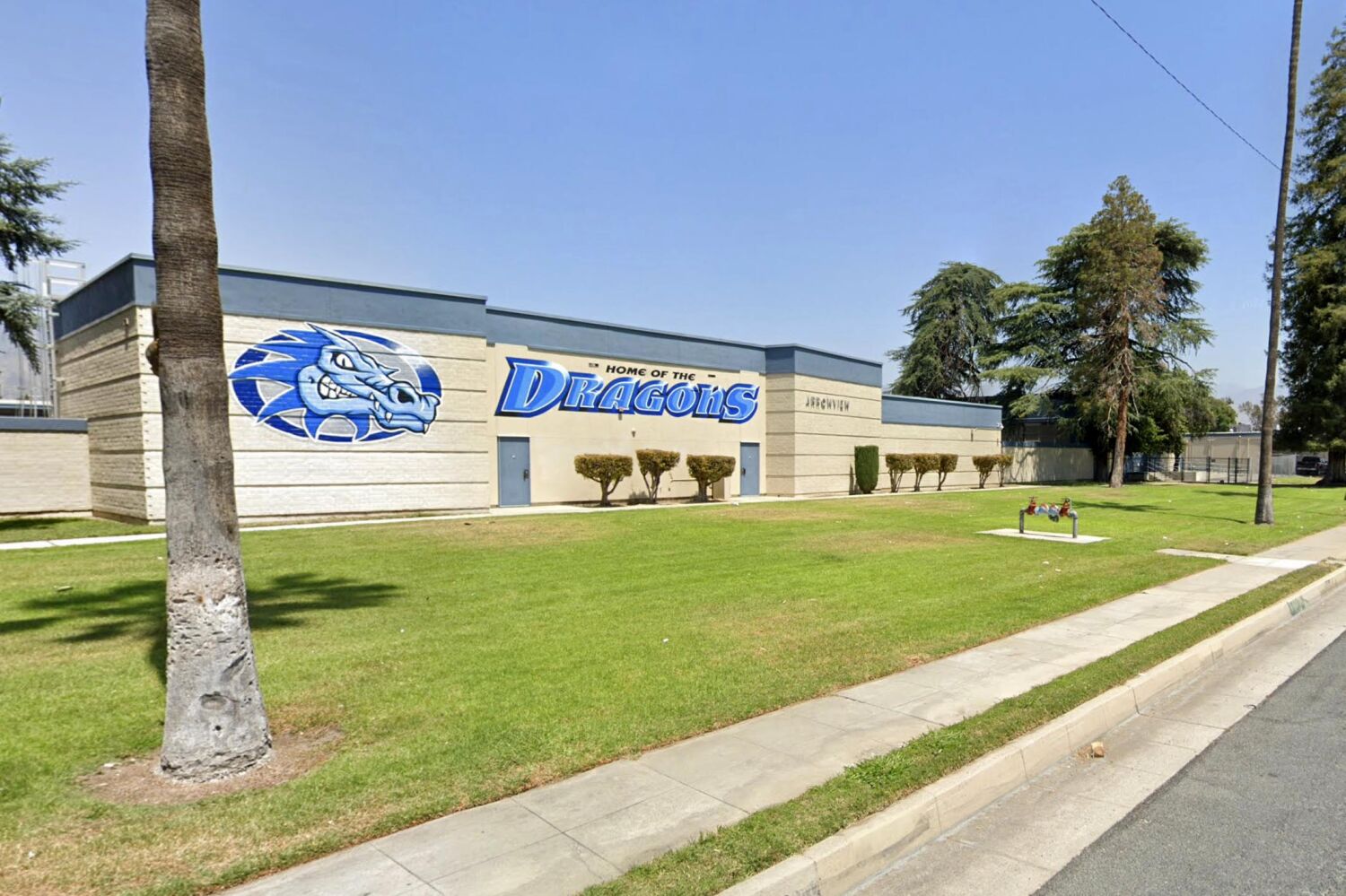 On Tuesday, during one of Southern California’s longest and most intense heatwaves on record, Ali Payne’s daughter came home from school with welts on the backs of her legs and the palms of her hands. She told her mother that the marks were from sitting on the hot asphalt during physical education class at school.

The girl’s teacher at Arrowview Middle School in San Bernardino forced her and the rest of her classmates to sit on the floor while he was in attendance and didn’t seem to care about the heat, Payne said.

Payne vented on Facebook, and soon parents from other schools in the district began voicing similar concerns.

“I was furious to find out that it’s been happening to a number of kids for a while and they’re getting into trouble for not sitting down,” Payne told the Times.

The San Bernardino City Unified School District said the recent heat wave has “turned attention to an attendance practice that we will address.”

“We never want to expose our students to unsafe conditions,” district spokeswoman Maria Garcia said in a written statement.

“Our first concern is to make sure this child is okay,” Garcia said. “The principal met with the student’s mother to learn more about what happened so we can determine next steps.”

Payne’s story was featured in a news report on KTTV Channel 11 earlier in the week, and she commented on it during a district board meeting, but school officials did not immediately reach out to her to address the issue, the mother said.

She said she no longer feels comfortable sending her daughter to gym class and doesn’t understand why the school can’t seem to address this issue, but on Friday her daughter went to school.

“I’m disgusted with the way they’re handling this,” Payne said.

Several of Payne’s children have attended San Bernardino City Unified schools, which enroll approximately 46,000 students. Other parents told her their children also complained that if they didn’t sit on the hot pavement during gym class, they would be graded too late.

“What the teacher did was abuse because not only did he make her sit there, he taunted her,” Payne said.

Parents also took to Facebook to complain about strict bathroom guidelines, saying students were sitting in classrooms with broken air conditioners. At Arrowview Middle School, Payne said, students are only allowed to leave class to use the bathroom once a month, or five times throughout the semester.

According to the school district, some restrooms have been temporarily closed during the transition period to discourage “unsafe behavior,” and every school has written classroom expectations that limit toilet visits during class but are not intended to deny children use of the bathroom.

“This restriction is not a district or school-wide policy. We do not condone denying students access to toilets,” Garcia said.

Other parents have told Payne that teachers are not forgiving of students who ask to go to the bathroom. According to Payne, some students have bled through their clothing during their menstrual cycles, and other students rush to the bathroom at the end of the school day.

During the recent heatwave, students were told to make fans when the air conditioners in their classrooms weren’t working, Payne said.

The county said the heatwave took the same toll on its air conditioning systems as it did in other parts of the state.

“Our air conditioning units have not been exempt from this challenge and we know there have been uncomfortable conditions throughout the district,” Garcia said in a statement. “Student safety and comfort are always our top priority and in extreme conditions like these we have added portable cooling devices and taken steps to close schools, classrooms and programs as necessary.”

Students shouldn’t have to worry about burning themselves on the hot floor or sweating in a hot classroom, Payne said.

ABC ‘General Hospital’ spoilers For July 14: Trina Has A Choice To Make, Spencer’s Ready To Act, And Victor Has Had Enough