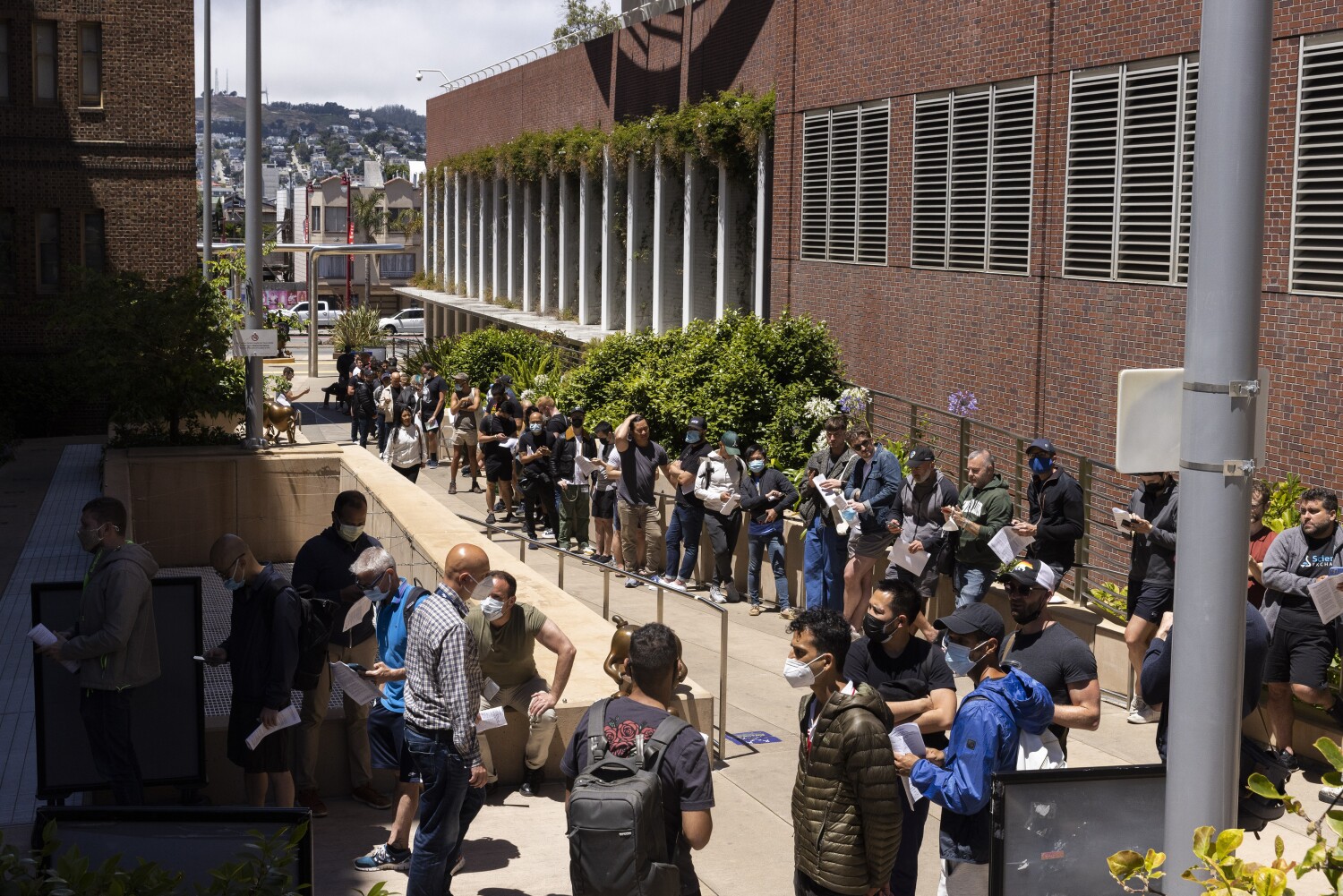 San Francisco officials declared a state of emergency Thursday as the number of monkeypox cases reached 281 and continued to spread across the city.

Mayor London Breed and the city’s Department of Health made the statement, which will allow officials to mobilize additional resources and accelerate funding and contingency planning to combat the outbreak of the virus, which is almost exclusively among gay and bisexual men as well Transgender and nonbinary common people.

LGBTQ activists and health leaders have been sounding the alarm about monkeypox for weeks, saying they are underprepared and being overlooked by health officials. Now many state and local officials are joining the call for a better response to the outbreak — particularly the push for more vaccines.

As of Thursday afternoon, the San Francisco Health Department reported 20 more cases of monkeypox, including probable cases and those identified by the Centers for Disease Control and Prevention, bringing the city’s total case count to 281.

Breed said in a Thursday news conference that she sent a letter to the US Department of Health and Human Services on July 20, expressing the city’s urgent need for vaccines. San Francisco needs about 70,000 doses to meet demand, Breed said, and some vaccine sites have had to close due to lack of supplies.

“We know the challenges of what’s happening in San Francisco as we put public health on the back burner,” Breed said. “We’ve seen this happen before in history during the AIDS crisis, when San Francisco was left virtually on its own to fight what has become a true pandemic in this country.”

State Senator Scott Wiener (D-San Francisco) condemned homophobia and stigma against gay men, which he saw in response to the outbreak.

“I came of age as a gay man in 1987 when I was 17, and that was at one of the worst times of the AIDS crisis,” Wiener said at the press conference. “It’s like déjà vu that gay men are once again being attacked, demonized and blamed when we get sick.”

“We have always been at the forefront of advocacy and action for LGBTQ+ health and I am making this statement to reaffirm our commitment to the well-being of these communities and to allow us to act faster to raise the resources and distribute what is needed to help them disproportionately affected,” Philip said in a statement.

Monkeypox cases have continued to rise in Los Angeles and San Francisco since late June, coinciding with Pride weekends. Los Angeles reported 279 cases Thursday. There are 799 cases in California and more than 4,900 cases in the United States, according to the CDC.

Monkeypox, a virus that originates in animals such as primates and rodents and sometimes spreads to humans, was identified in 1958 and was found primarily in central and western Africa. The disease belongs to the same family as smallpox but results in milder symptoms such as fever, body aches, chills and fatigue. Some people may develop lesions and a rash on their hands and face.

Since May, when the outbreak was first detected in the UK, more than 70 countries where the disease is not endemic have reported increases in cases.

San Francisco is expected to receive about 4,220 doses of the monkeypox vaccine this week, according to Breed’s office. The city’s health department has requested 35,000 doses, just half of what Breed said the city really needs, but officials said they’ve only received about 12,000, including this week’s allotment.

Los Angeles County public health officials also said the number of doses they were given did not meet the needs of their residents. When cases began to emerge in LA County last month, about 1,000 doses of vaccine had arrived from the federal government.

Around 24,000 cans have arrived in the county since then, but officials said that’s not enough to respond to the outbreak.

Last week, Dr. Mark Ghaly, the California Secretary of Health, at the CDC, another 600,000 doses for the state.

How the German Economic Machine Broke Down

Liz Truss to the British Rescue