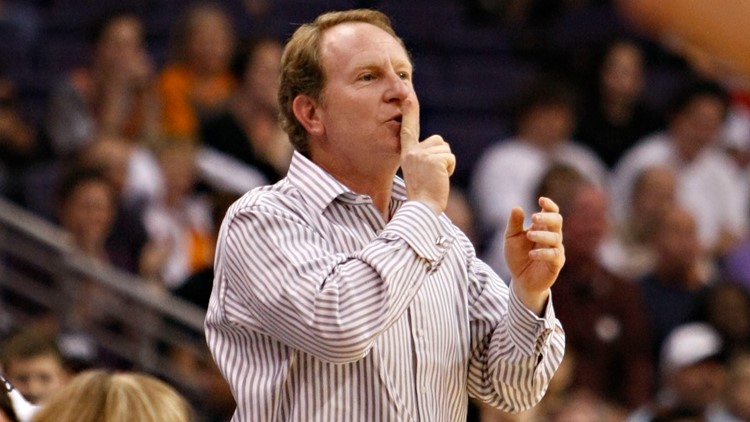 “Whatever good I have done or may do is outweighed by things I have said in the past,” Sarver said in a statement.

PHOENIX — The Phoenix Suns NBA team and Phoenix Mercury WNBA team are up for sale, according to a statement from the teams’ owner Robert Sarver.

Sarver released the statement Wednesday morning just over a week after the NBA released the results of an independent investigation into him, in which he cited numerous times Sarver treated female employees unequally and used the N-word.

In response to the investigation, the NBA suspended Sarver from all NBA and WNBA activities and fined the owner $10 million.

REPORTING SO FAR: Six things you need to know about the NBA’s Robert Sarver report

“As a man of faith, I believe in atonement and the path to forgiveness. I expected that the one-year suspension of the commissioner would give me the time to focus, make amends and remove my personal controversy from the teams that I and so many fans love,” said Sarver.

“But in our current unforgiving climate, it has become painfully clear that that is no longer possible – that whatever good I have done or might do is outweighed by things I have said in the past. For these reasons, I am beginning the process of finding buyers for the Suns and Mercury.”

Other Suns owners, the NBA players’ union and the team’s largest sponsor have all called on Sarver to resign in light of the NBA report.

Suns Legacy Partners, LLC, the company that manages and operates the Suns and Mercury, issued the following statement Wednesday afternoon:

We agree that Robert Sarver’s decision to sell the Suns and Mercury is in the best interests of the organization and the community.

We also know that today’s news doesn’t change the work that remains ahead of us to create, maintain, and protect a superior experience for our employees, players, fans, partners, and community.

As we have communicated to our employees, we recognize the courage of the people who have come forward in this process to share their stories and apologize to those injured.

We are on a journey that began before last November that includes changes in leadership, staffing and accountability measures. While we’re proud of our progress and the culture of respect and integrity we’re building, we know there’s still work to be done and relationships to be rebuilt. We are committed to doing this for our employees, players, fans, partners and this community.

Keep up to date with the latest sports stories from Arizona with 12 News.